Home » Celebrities » Chris Childs Says There Was No Beef With Kobe After Fist Fight, We Were Cool! 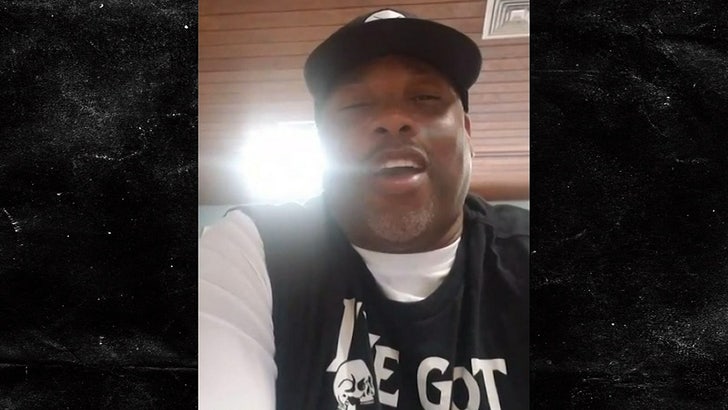 Ex-Knicks player Chris Childs says ever since Kobe Bryant‘s death, fans have been bringing up their fight from back in the day … but those fans need to chill — ’cause Chris says he and Kobe were cool!!!

“Nah, it was never a beef,” Childs says, “It was just something that happened. We let bygones be bygones.”

If you don’t remember this epic fight … back in April 2000, Childs and Bryant threw hands during a Knicks vs. Lakers game — and Childs got the best of Kobe with a 2-piece to the grill.

Since Bryant’s death on Jan 26, Childs tells us Mamba fans have been going at him on social media about the fight …  but he just tries to stay calm and hit ’em back with some positive vibes!

“I just told them let’s just pray for the family. Let’s not get into the that part of the basketball side. Let that rest right now.”

“Let’s not be ignorant and continue to talk about something that at that moment, doesn’t matter.”

In fact, Childs says he and Bryant were fine after that fight — they would run into each other at UCLA during workouts and there’s was NEVER any smoke.

“We always gave each other the head nod, ya know, acknowledging the other person.”

That said, Childs tells us there IS beef with another NBA star — Tim Hardaway — and ya gotta hear what Chris has to say about that!