Chelsea Handler is a best-selling author and comedian, who achieved worldwide fame when she appeared in Chelsea Lately on the E! network. Handler has gone on to create and star in several other successful series and documentaries and is known for frequently posting hilarious videos and clips to her social media pages. In the wake of the pandemic, many stars are beginning to connect with fans more often on Instagram and Twitter – and recently, Handler posted a face mask tutorial on her Instagram page that had many of her fans rolling with laughter. 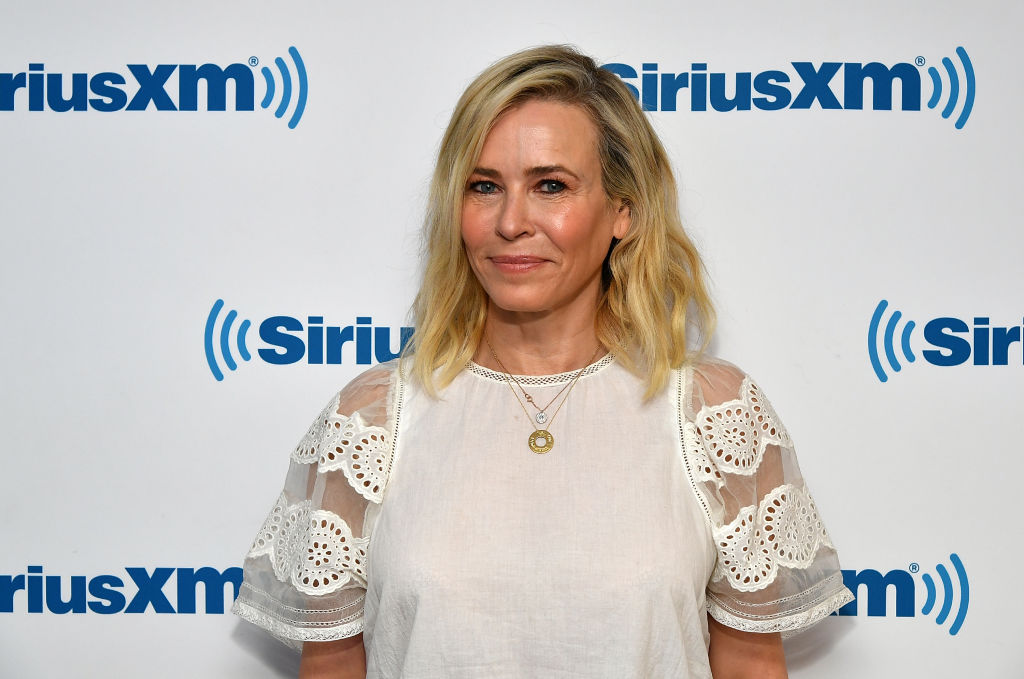 How did Chelsea Handler become famous?

I don’t know who needs to hear this but you can dance in work-from-home loungewear without creating a TikTok. Stay strong people. #PajamaPartyForOne

Chelsea Handler was born in New Jersey in 1975. With a large family, including many brothers and sisters, Handler turned to humor at a young age to help her deal with the stresses of life. After initially trying her hand as an actress, Handler decided to pursue a career in stand-up comedy. She got her first big break in 2002 when she was cast on the hidden camera show Girls Behaving Badly.

Handler quickly gained a reputation for her outspoken, brash comedic style, and in 2006, she began hosting The Chelsea Handler Show. The show lasted two seasons and helped to springboard the up and coming star into an even bigger-profile show in 2007. Chelsea Lately debuted on the E! network and became one of the most buzzworthy shows on television. She continued to star as host of the show until 2015 when she left E! and began working on a series of other projects with Netflix. Handler is also a bestselling author and has published several very successful books, including Uganda Be Kidding Me.

What is Chelsea Handler doing these days?

Celebrating the first day of #spring and Day 8 of #socialdistancing…with lots of weed and a flower crown. Swipe to see how I really feel about it. You don’t have to tell me twice to stay home. Please stay safe and stay home, if you can.

In recent years, Chelsea Handler has refocused her career to work more in the political activism field. She has written many different magazine columns over the years, focusing on topics such as women’s empowerment, privilege, and other hot-button issues. An outspoken opponent of Donald Trump, Handler has undoubtedly made many enemies with her bold opinions, but as she revealed in a recent interview, she feels as though she is on a personal journey that has led her to where she is.

Along with becoming more outspoken in her political beliefs, Handler has also begun sharing a lot more to her social media pages. From videos of Handler and her various celebrity friends to cozy shots of the comedian hanging out with her dog, her fans always have a wealth of content on Instagram. Recently, with the popularity of DIY face mask videos, Handler took to Instagram to share her very own, incredibly unique tutorial.

With masks in short supply, we have to take matters into our own hands. Men included. #corona #diy

In early April, Handler shared a video on her Instagram, showing her followers how to use a bra as a face shield in order to help prevent the spread of the novel coronavirus. Handler joked in the video, “Hey, for those of you who are in a bind and need a face mask but don’t have one, you can just take one of your bras.” Handler then demonstrated how to wrap the bra around her face, securing the clasp behind her head and using the cup as a cover for her face and mouth.

She didn’t exclude men from her tutorial either, writing in the caption that “With masks in short supply, we have to take matters into our own hands. Men included.” Fans and followers praised her humorous take on face mask tutorials and applauded her attempt to inject a little bit of humor into the often-tough day-to-day quarantine situation.