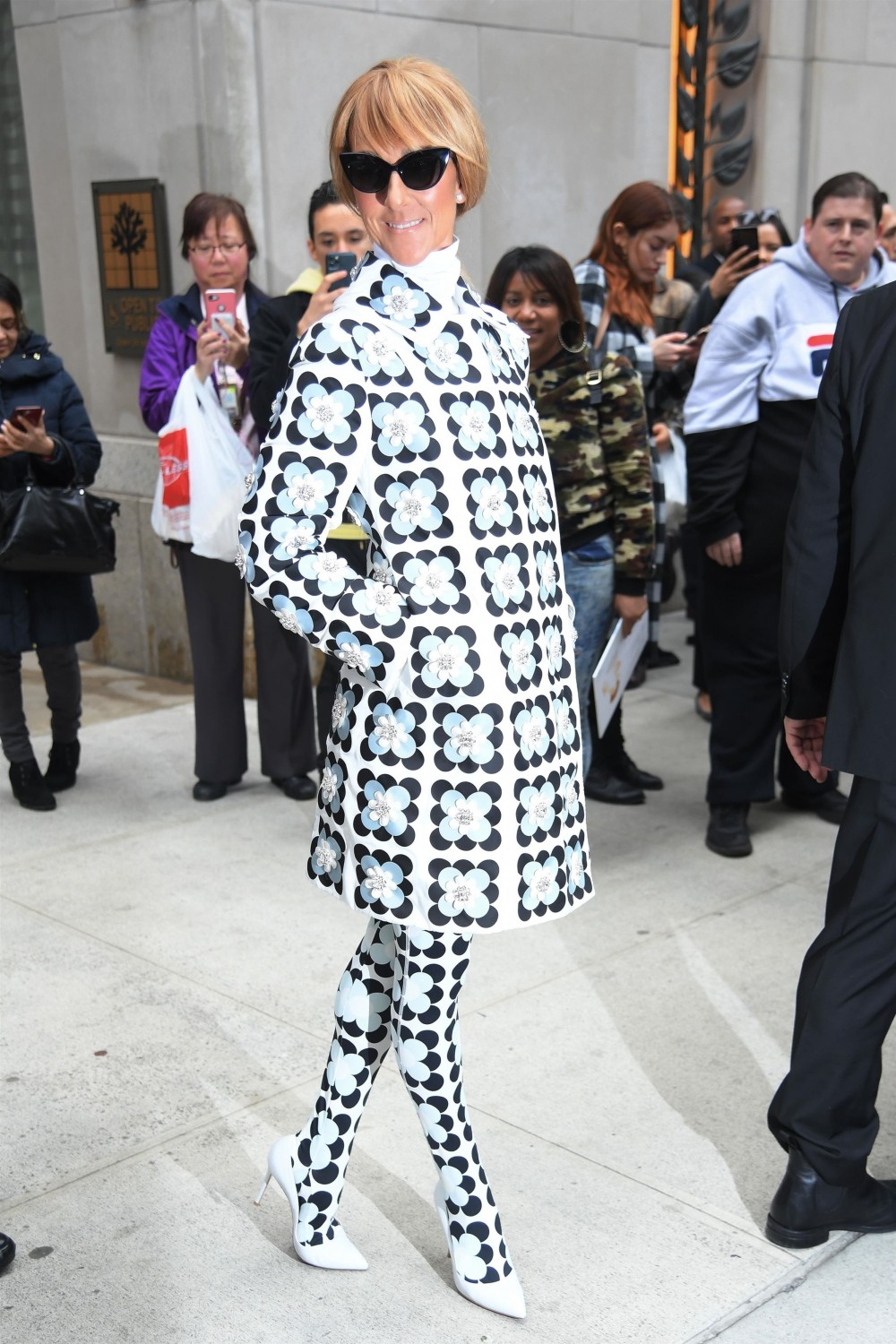 Celine Dion is on the second leg of her Courage World Tour. She’s taking today off before doing two shows in Newark, NJ, over the weekend and then is heading down to DC. She spent the weekend performing, relaxing and being her fabulous self in New York City. While she was in town for four shows, she got a surprise serenade from a fan as she was leaving her hotel. Celine made her driver stop so that she could hear the end of the woman’s song, and then gave her a fistbump. The woman singing in the clip has since taken it down, but here is a clip of it in a video on ET Canada.

Celine tells the fan, a woman named Freida Solomon, “Thank you so much for that.” A still from one of the videos has already been turned into a meme, of course. In this video from ET Canada, the hosts say that some people are saying that Celine looks less-than-impressed. But, she made her driver stop, and then was very kind to Frieda, so no matter what Celine thought of Freida’s singing, she was clearly appreciative of the gesture.

Here’s a photo of Celine in that outfit, which is from Moncler: 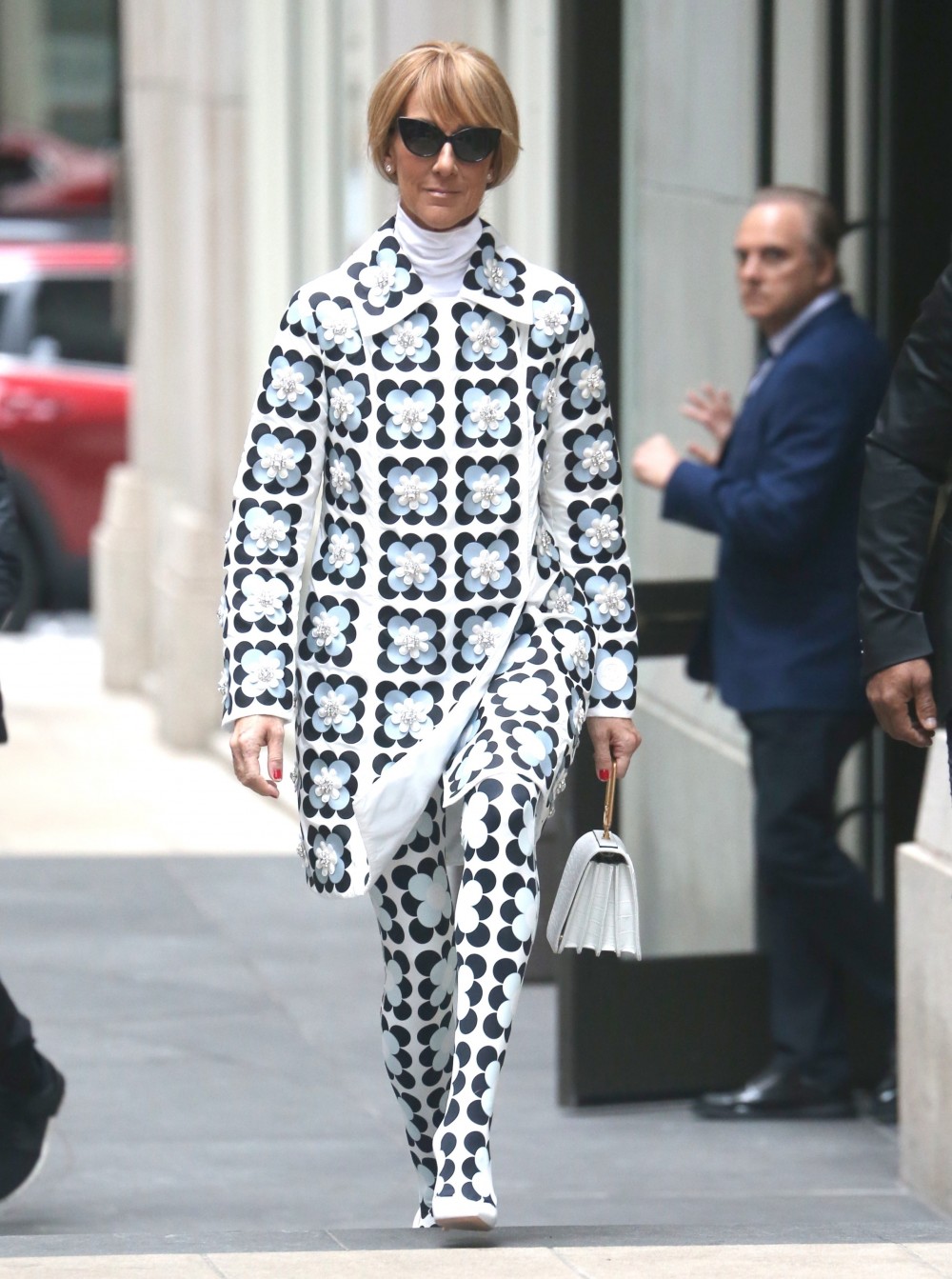 At first glance, it reminded me of the (beautiful) crocheted blankets that a relative used to make, and I thought that the coat was actually crocheted in a similar style. I’d wear that, but not the leggings. That’s too much pattern for me. There’s also a headpiece that goes with the outfit. Celine could have totally pulled it off, as she’s a fan of statement headpieces. 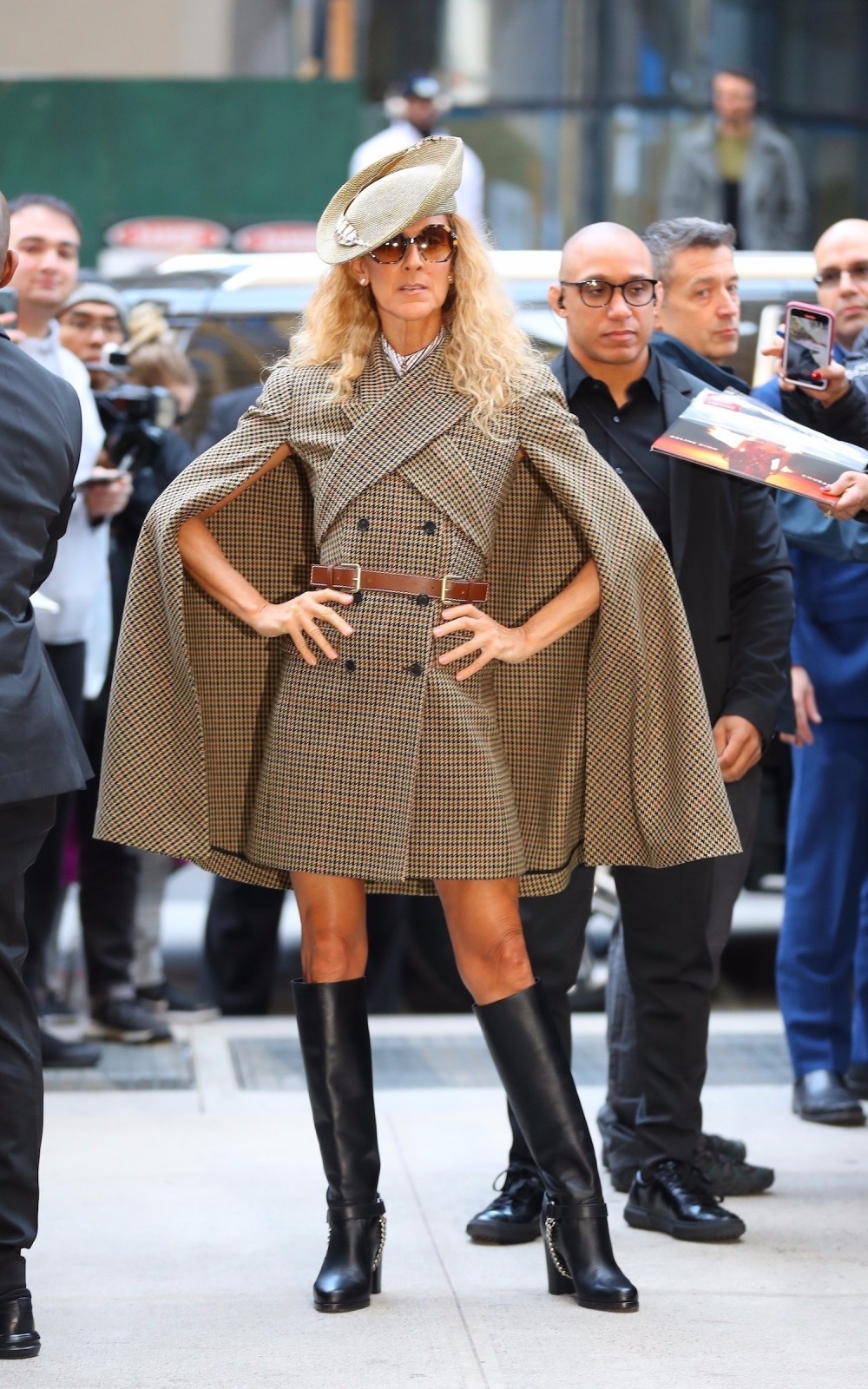