Carol Vorderman, 59, flaunted her curvaceous figure in a photo from her BBC Radio Wales studio this afternoon. The Countdown legend opted for a casual ensemble for the weekend in a skintight white long-sleeved T-shirt, which she paired with black skinny jeans.

Carol enhanced her assets in the outfit and accessorised with a black leather belt, which nipped her in at the waist.

The presenter posed alongside her co-host Nathan Sussex in the snap, which she shared in view of her 426,000 Twitter followers.

Fans took to the comments section to share their thoughts on the picture.

One person joked: “Could pass as Lara Croft’s mum.” 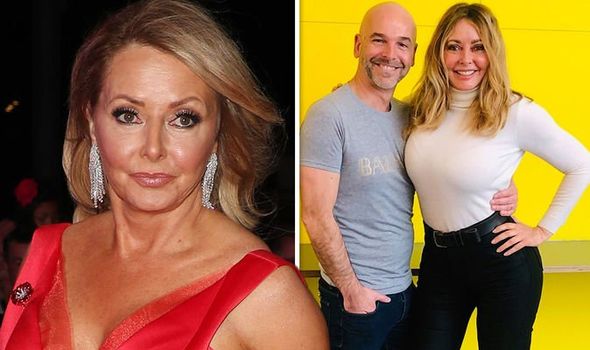 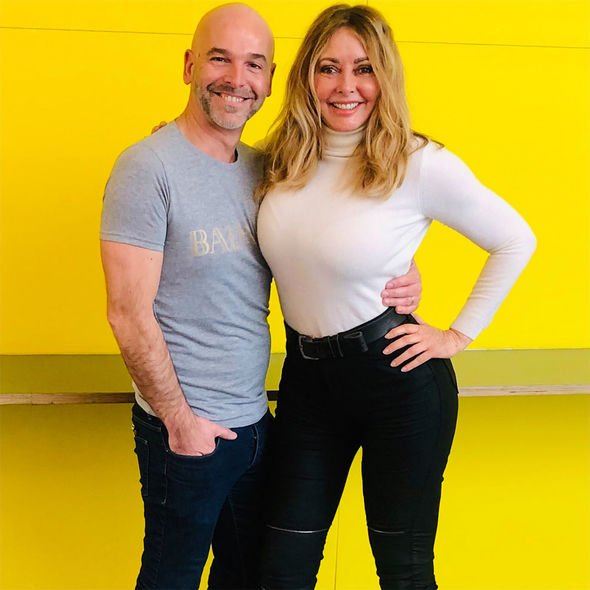 Another admirer gushed: “Ur looking fabulous.”(sic)

Carol’s post comes after she opened up about her “weird” sleepless night on her radio show as a result of the howling winds from Storm Jorge, which is currently hitting the UK.

The star told listeners: “So last night, Storm Jorge woke me up at three o’clock in the morning. 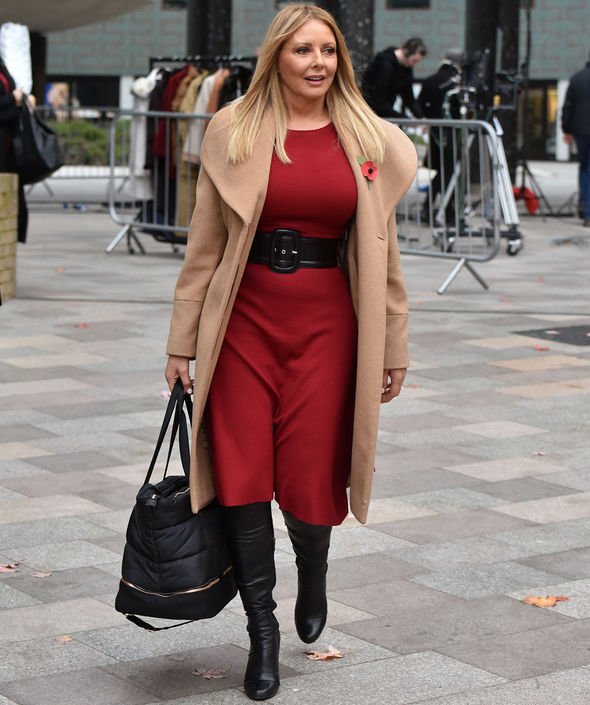 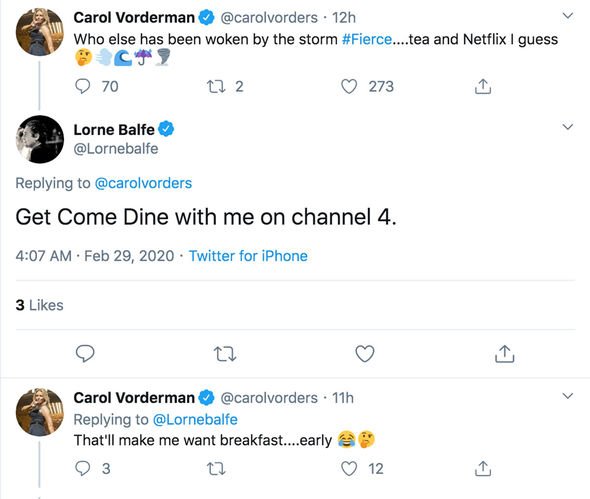 “I’ve got a lot of trees near where I live and, God, you can hear the wind rushing through them and bashing the windows as well, so I was up at three o’clock in the morning.

“And I thought, oh, I’m bored here, I don’t know what to do because I couldn’t get back to sleep because the wind was so noisy.”

The TV and radio personality then admitted she turned to Twitter to pass the time, adding: “So I was tweeting and then people tweeted back and I was going, ‘What are you doing?’

“It’s quite weird isn’t it? And there’s so many random people who were also awake at three or four o’clock in the morning because of the wind.”

She continued: “Including a Grammy award winning composer, who’s done all the music for Mission Impossible and Bad Boys For Life, so half past three in the morning going through that and he tweeted saying, ‘Watch Come Dine With Me Carol because there’s a double special’!”

Her co-star Nathan then quipped: “It’s amazing what you can get done at three o’clock in the morning Carol!”

“It is amazing,” the presenter agreed.

In her Twitter exchange with Lorne, Carol showed her sense of humour as she joked that tuning in to Come Dine With Me would make her hungry too early.

She replied to the musician: “That’ll make me want breakfast….early.”

The star then shared a clip of Lorne’s work on Will Smith movie Bad Boys For Life, praising him for his talents.

“I had no idea how movie music is put together…super cool and clever #BadBoysForLife #MissionImpossible.”