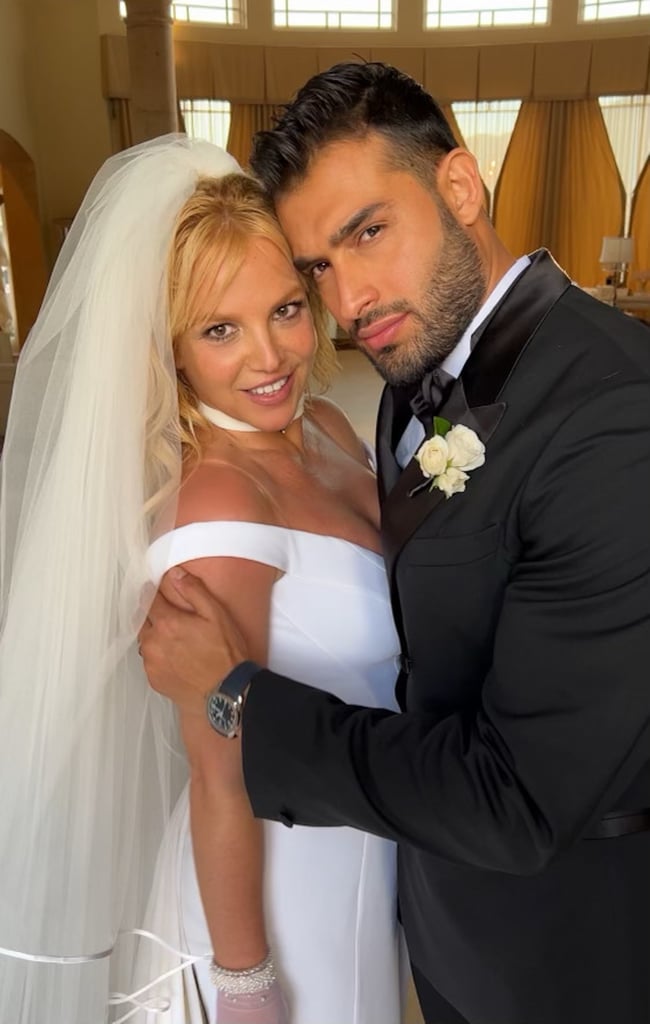 Britney Spears and Sam Asghari have stuck together through thick and thin. The two met in 2016 on the set of the pop star’s music video for “Slumber Party,” and they’ve been joined at the hip ever since. Last year was a huge year for Spears, as her 13-year conservatorship finally came to an end in November 2021. It was also the year that she and Asghari also took their relationship to the next level.

Just two months before Spears’ conservatorship was terminated, the longtime couple announced their engagement on Instagram. “I can’t f*cking believe it 💍💍💍💍💍💍❣️!!!!!!,” the singer captioned a video featuring her custom diamond engagement ring.

This year brought even more milestones for the couple, and they haven’t been shy about sharing them with fans. On April 11, Spears and Asghari announced that they were expecting their first child together. The latter spoke about the pregnancy on Instagram, writing, “Fatherhood is something i have always looked forward to and i don’t take lightly. It is the most important job i will ever do.” A month after their announcement, the couple shared that they experienced a pregnancy loss. They later revealed that they’re “moving forward” with their future and still plan to expand their family.

On June 9, after five years of dating and less than one year of being engaged, Spears and Asghari tied the knot in an intimate wedding ceremony in Los Angeles. A sourcetold People that the singer cried several times on her big day — all “happy tears.”

The couple has been through it all, and they’re now starting a new chapter together as newlyweds. Ahead, take a look at every big moment in Spears and Asghari’s relationship timeline.