Hannah Brown found herself trending over the weekend after she said the n-word on Instagram live. The trouble began when the 25-year-old was singing along to a popular rap song which included the n-word. While Brown chose to stop herself from saying the f-word, she didn’t give the n-word the same treatment. Instead, she said it, even choosing to utilize the hard r variation of the slur. 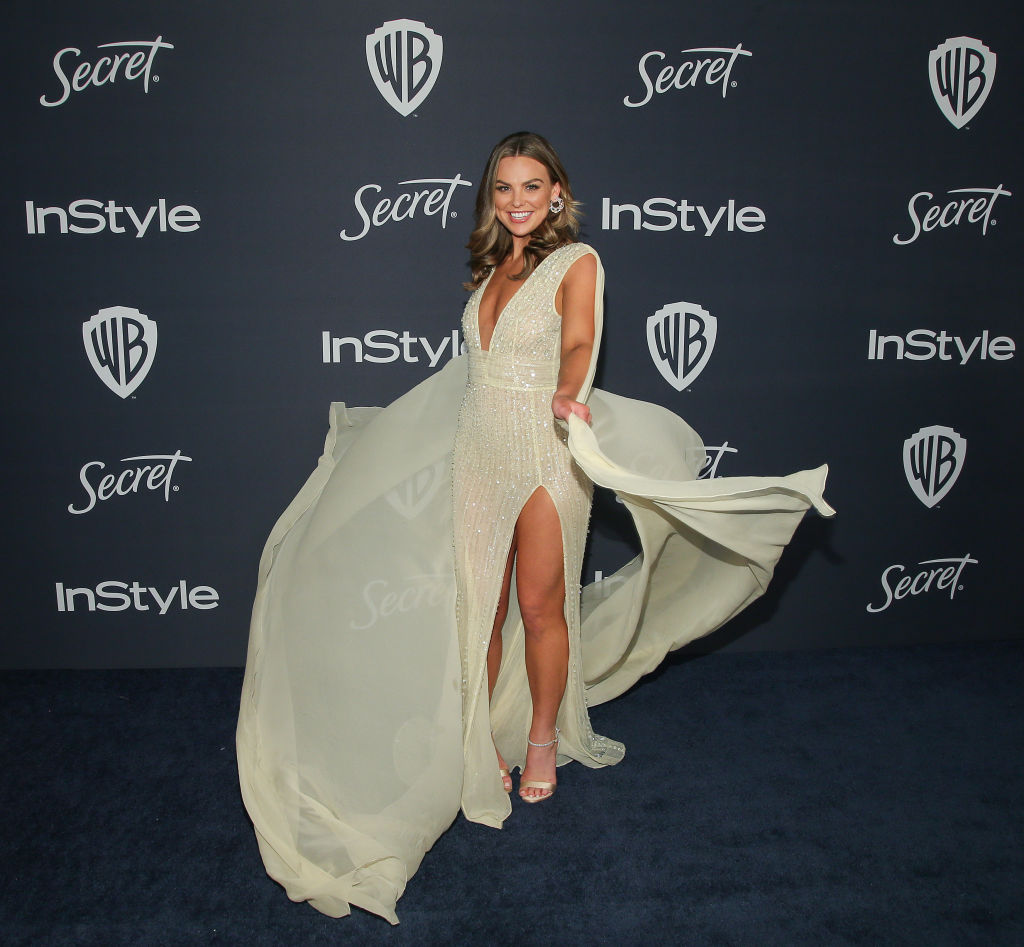 When a fan called out Brown for using the word, her reaction was less than ideal. First, she seemed shocked that she actually said it. Then she laughed it off before stating that she didn’t think she actually said it. But, far too many people had recorded the Instagram live and saw that Brown did, in fact, use the word and they began to make their feelings known.

Hannah Brown used the n-word in a recent Instagram live

“Imagine getting caught saying the n-word and then laughing about it? I’m disgusted,” one person wrote in Brown’s comments. “Really disappointed to see that video of u saying the n-word. And seeing u giggle and laugh ur way thru an apology. And the way u suggested maybe it was one of ur friends, implying u hang around (non-black) people who do say it,” another Instagram user chimed in.

A few Bachelor alums also spoke out against Brown’s comments. Both Bekah Martinez and Tyler Cameron took to their Instagram stories to try to educate their followers on why Brown’s actions were unacceptable. Furthermore, Rachel Lindsay Abasolo (who remains the only Black lead in the entire Bachelor franchise) took to her Instagram live to remind people that it’s never acceptable for non-Black people to utilize the n-word. Lindsay Abasolo personally reached out to Brown prior to making her video, urging her to apologize on camera. Brown, however, did not take the advice.

Brown apologizes for her offensive language

Though Brown didn’t issue a video apology, she did write one and posted it to her Instagram story. “I owe you all a major apology. There is no excuse and I will not justify what I said. I have read your messages and I have seen the hurt I caused. I own it all. I am terribly sorry and know that whether in public or private, this language is unacceptable. I promise to do better,” Brown wrote in her story, which will soon expire.

But, many people were underwhelmed by the apology. They felt Brown was being too general and wanted to know what specifically she would do to educate herself. “So what are the actionable items to ‘doing better’? Are you spending your personal finances on helping Black single mothers? Lobbying for prison reform? Housing homeless Black Queer folks? What are you doing to make amends?” one person questioned after seeing Brown’s apology.

Brands distance themselves from the ‘DWTS’ winner

Others simply felt like Brown’s apology was too little too late. They chose to unfollow her and even unfollow brands who have shown her support recently. On May 16, 2020, Brown posted a picture of herself on the beach which a number of brands liked. Seeing this, one user chose to call some of the brands out. “Unfollowed @fabletics @zara @krewe,” they wrote in the comments. Seeing that they too were receiving backlash for supporting Brown, many brands have now unliked Brown’s post.

BYOBubbles if you wanna beach with me.

In addition to that, Krewe (a popular sunglass brand) even stated openly that they do not sponsor Brown in any way. “Of course, we were excited to support someone wearing our frames – we are only human and could not have predicted what happened on her Instagram live. We do not sponsor her regardless,” Krewe’s Instagram account commented on Brown’s post. Clearly, Brown’s actions are going to affect her current and potential brand deals. We can only hope that she is able to truly learn from her mistakes.