The dynamic among families can be truly complicated and painful — and we imagine that’s been the case for the Jolie–Pitt clan for a long time now.

The breakup between Brad Pitt and Angelina Jolie seemed difficult and contentious from the outside, but the superstars have stayed private about the particulars. Back in June, Angie told Vogue India she ended the relationship “for the well-being of family,” which raised some eyebrows.

If you’ve been following Brangelina for a long time, the remark might remind you of the altercation between Brad and Maddox Jolie-Pitt that predicated the Maleficent star filing for divorce. The confrontation between the Oscar winner and his then-15-year-old son seems to have had lasting effects on the family, and sources say the pair have had a strained relationship in the years since.

Unfortunately, it doesn’t seem like time has healed those wounds. Despite Brad’s better relationship with his younger kids, and the developing cooperation between co-parents, the rift between Brad and Maddox remains. A source for Us Weekly confirmed:

“That relationship continues to be nonexistent.”

The insider added the 56-year-old “doesn’t see” Maddox or his brother Pax. This sad update comes amid news the Mr. & Mrs. Smith co-star’s legal proceedings have been delayed because of the pandemic. Last week, another Us insider shared:

“Brad is seeing the kids but everything involved in their process of resolving legal matters between Angelina and Brad, including the courts, is slowed down because of COVID. With the pandemic, it has been hard for everyone, including them. The legal process is slowed because of that. They are continuing regular visits but there has not been a lot of progress in terms of resolving anything.”

The Once Upon A Time In Hollywood star has been spotted visiting the actress’ home during the coronavirus lockdown, presumably to visit his kids. A source told Entertainment Tonight back in June:

“They chose to live close to one another so they could easily go back and forth with the kids. This week wasn’t the first time Brad and Angelina have spent time together at her home. They are in a much more amicable relationship.”

“Brad and Angelina want their kids to be healthy and happy and to have the support of both of their parents. It has taken years to heal and they finally are in a place where they can co-parent in a really healthy way.”

Most reports we’ve heard seem to confirm that Brad and Angie are finally in a good place, parenting-wise. We just hope that reconciliation is also in the cards for Brad and his sons. 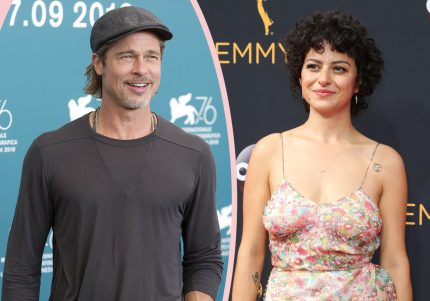 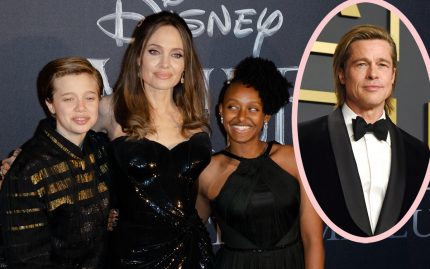