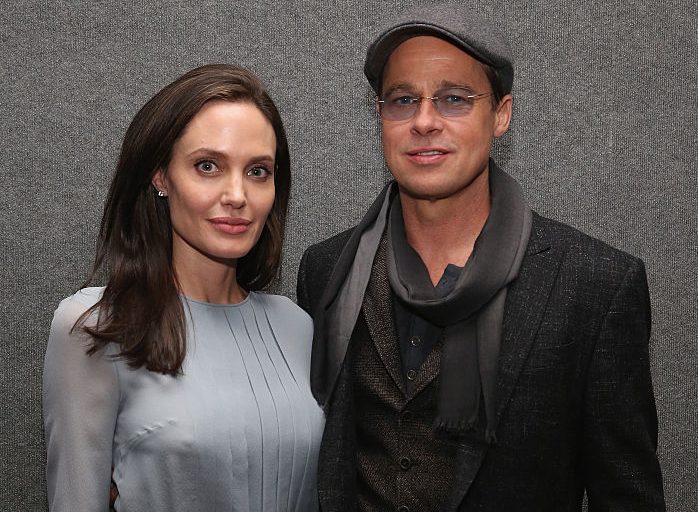 Brad Pitt has been granted ‘joint custody’ of the six children he shares with Angelina Jolie, it has been claimed.

The Ocean’s Eleven actor, 57, and Changeling actress, 45, announced their divorce in 2016, and have been battling over the custody of their kids – Maddox, Pax, Zahara, Shiloh, and twins Vivienne and Knox – ever since.

According to Page Six, this has finally come to an end, with private judge John Ouderkirk awarding them joint access to their brood.

‘There was a significant change made in the custody agreements based on an extremely detailed decision made by the judge,’ an insider told the publication.

‘Brad was just trying to have more time with his kids — and it has been clear that Angie has done everything possible to prevent this.

‘This trial lasted for several months and there were a f**k ton of witnesses, experts, therapists and other people who have been with the kids and around them, and the decision was based on this.’

Another source added: ‘Joint custody is not the issue that Angelina objects to, there were other issues of concern, but the court proceedings are closed and sealed.’

Angelina previously criticised the judge presiding over the legal proceedings, and sought to disqualify judge Ouderkirk from the case, for not letting their children speak in the hearings.

‘They have failed to adequately consider a section of the California courts code, which says it is detrimental to the best interest of the child if custody is awarded to a person with a history of domestic violence.’

The documents do not elaborate on what the ‘evidence’ contains, or what her domestic violence claims refer to.

However, Brad’s lawyers believe the proceedings have been conducted fairly.

In a response filing, they said: ‘Ouderkirk has conducted an extensive proceeding over the past six months in a thorough, fair manner and reached a tentative ruling and order after hearing from experts and percipient witnesses.

‘[Angelina’s testimony] lacked credibility in many important areas, and the existing custody order between the parties must be modified, per Mr. Pitt’s request, in the best interests of the children.

‘[The objections are causing] grave harm upon the children, who will be further denied permanence and stability.’

The former couple, dubbed Brangelina, met on the set of Mr and Mrs Smith in 2005, when Brad was married to Jennifer Aniston.

After Brad and Jennifer announced their split, the co-stars went public with their relationship in 2006, welcoming their daughter Shiloh that year.

They tied the knot in 2014, but it wasn’t to last and Angelina filed for divorce two years later, with her attorney saying she was doing so for ‘the health of her family’.

Metro.co.uk has contacted reps for Brad and Angelina for a comment.