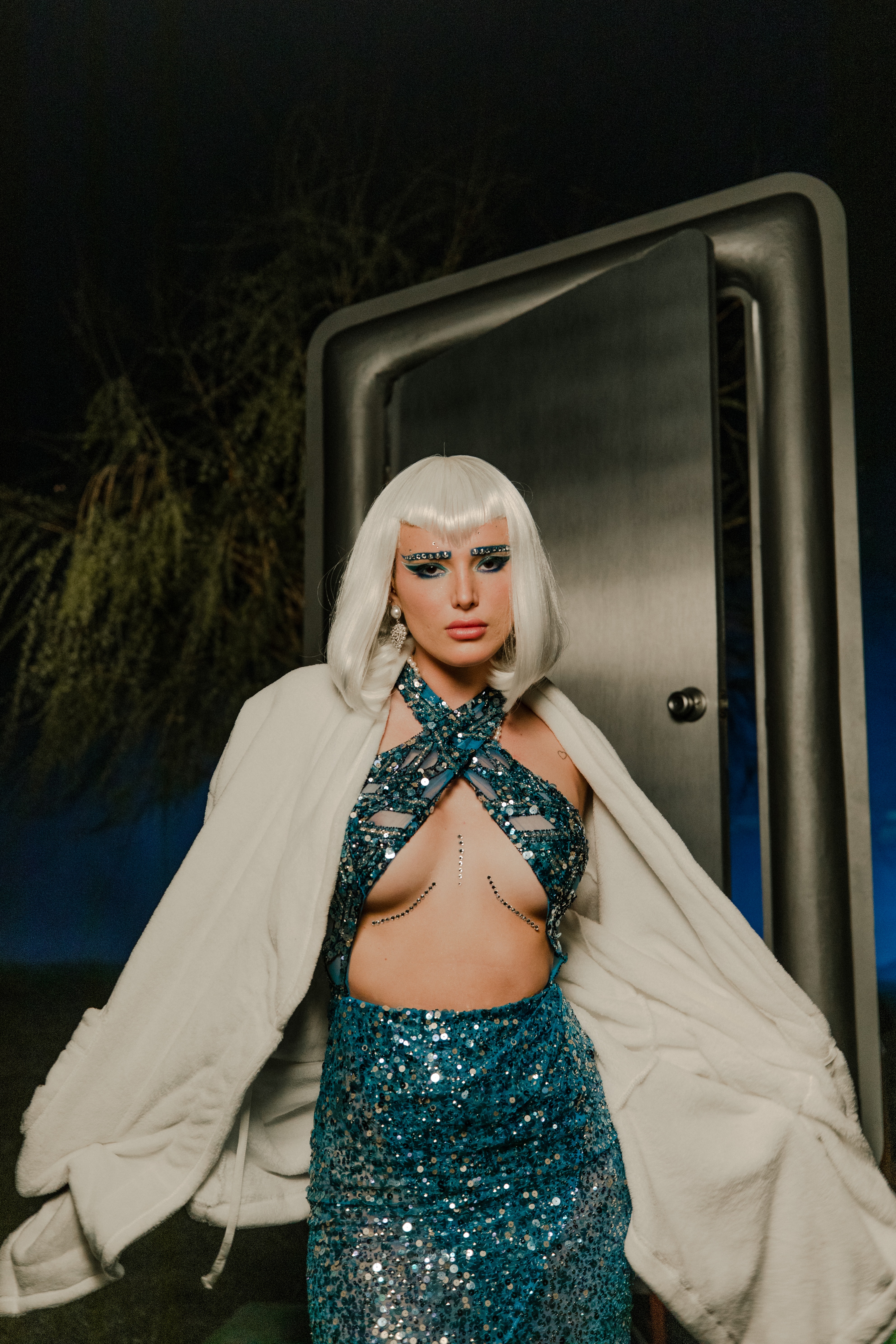 While some artists make a point to separate their personal lives from their music, Bella Thorne isn’t that type of person. The actress-turned-influencer and recording artist prides herself on making music that listeners can relate to, and she’s not afraid to inject a heavy dose of her personal life into her lyrics. Bella Thorne’s quotes about her new song "Phantom" reveal why it’s a feminist anthem at heart.

Thorne released "Phantom" on April 2 along with an eerie, cinematic music video. While the upbeat anthem will have you wanting to pump up the volume, the lyrical inspiration runs deep. Thorne shared the story behind the track and it’s one that’s all too relatable for many women.

"At the time we were writing the song, a few of my girlfriends were going through the same sh*t with guys," she tells Elite Daily. Recalling one specific night, she says her friends were given a tough time about their wardrobe choice by their boyfriends. "It was, ‘What are you wearing out? You can’t wear that.’"

Thorne reflects on the time she and her friends were heading to dinner and someone asked to borrow an outfit: "I was like ‘Oh yeah, here’s this top.’ She was like ‘Ugh, I can’t wear that, he’ll be so mad.’ I was like, ‘Bro it’s just a tank top!’"

The disdain in Thorne’s voice over the story is clear over the phone, and after seeing such similar patterns emerge multiple times, she decided to channel that frustration into a song.

There’s one lyric in particular from "Phantom" that stands out to Thorne, and she hopes it will be impactful to everyone who hears it — especially male listeners. "Guess he thought I was an object, but I object," she sings in one verse.

"Hopefully they listen to the lyrics and understand the different perspectives of the same situation. [It’s] one of the best lines people really respond to and hopefully men respond to it as well," she says. The video for "Phantom" was self-directed by Thorne and she had a very specific vision of where she wanted to take it thematically. The singer says it was, in a sense, escapism.

"I wanted the audience to work for it. I’m not the one for super easy digestible material. To me, it doesn’t take me out of my own life enough. It’s not in-depth enough to make me forget about whatever I’m going through in my life," she explains. "I like things that are really trying to get you to think." 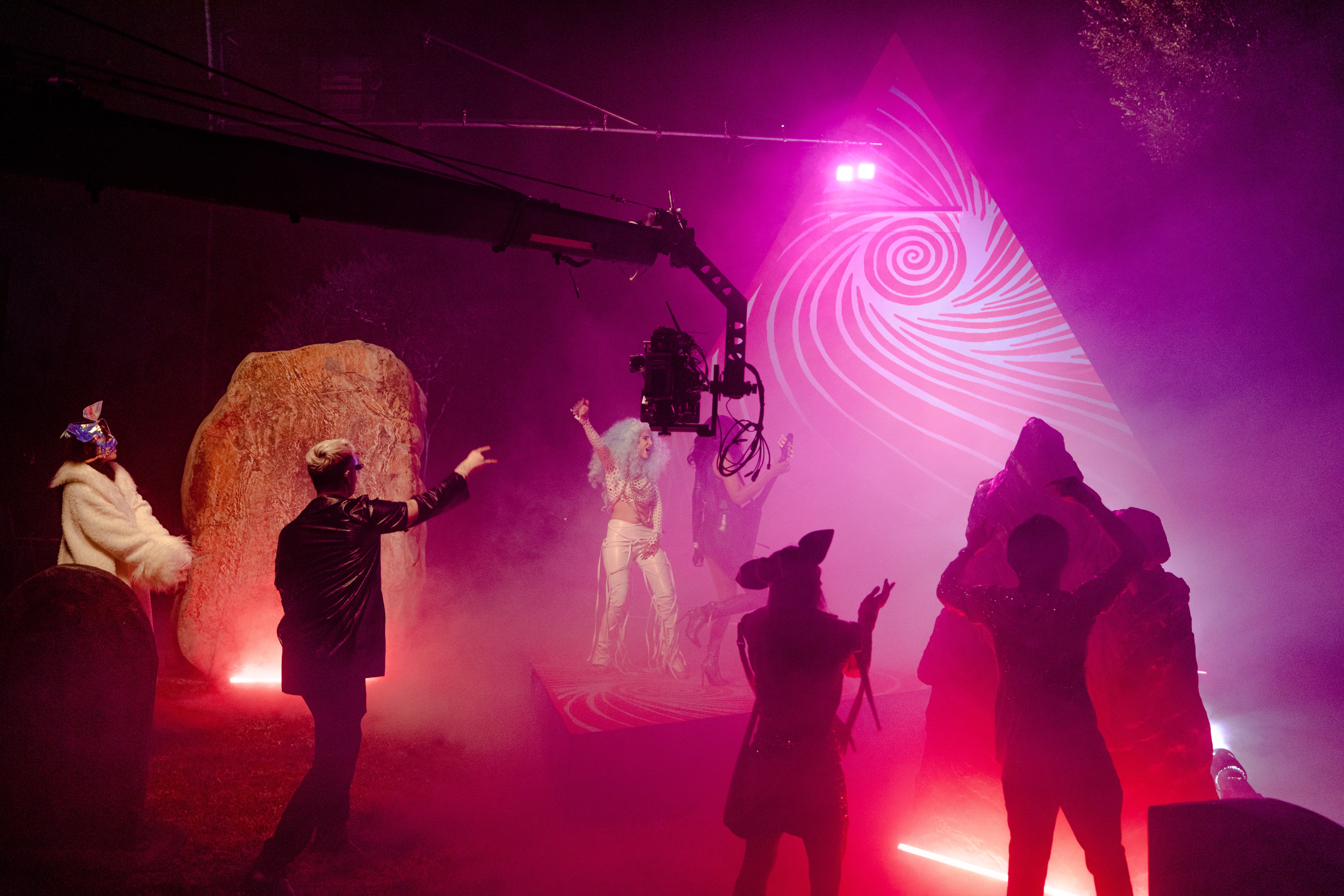 One thing Thorne wants no escape from? Her thriving relationship with fiancé Benjamin Mascolo. When asked what felt different with Mascolo from past relationships, Thorne says absolutely "everything."

"I’ve never felt like this in my life," she gushes. "I also think that when you find a partner that deals with you well… that seems like a negative connotation but in relationships everyone has their thing, everyone has their good and bad. With Ben, he always finds a way to really comfort me, and to find a way to make my emotions valid."

"With Ben, there’s no talking over each other involved, there’s no making jabs to make the other person feel worse. There’s just listening and even when we don’t agree, we’re not going to sit there and fight about it. We’re gonna agree to disagree," Thorne says. "I love that."’

What’s most interesting is that, as Thorne prepares to settle down and enter a new chapter of her life, her music remains as untamed as ever.