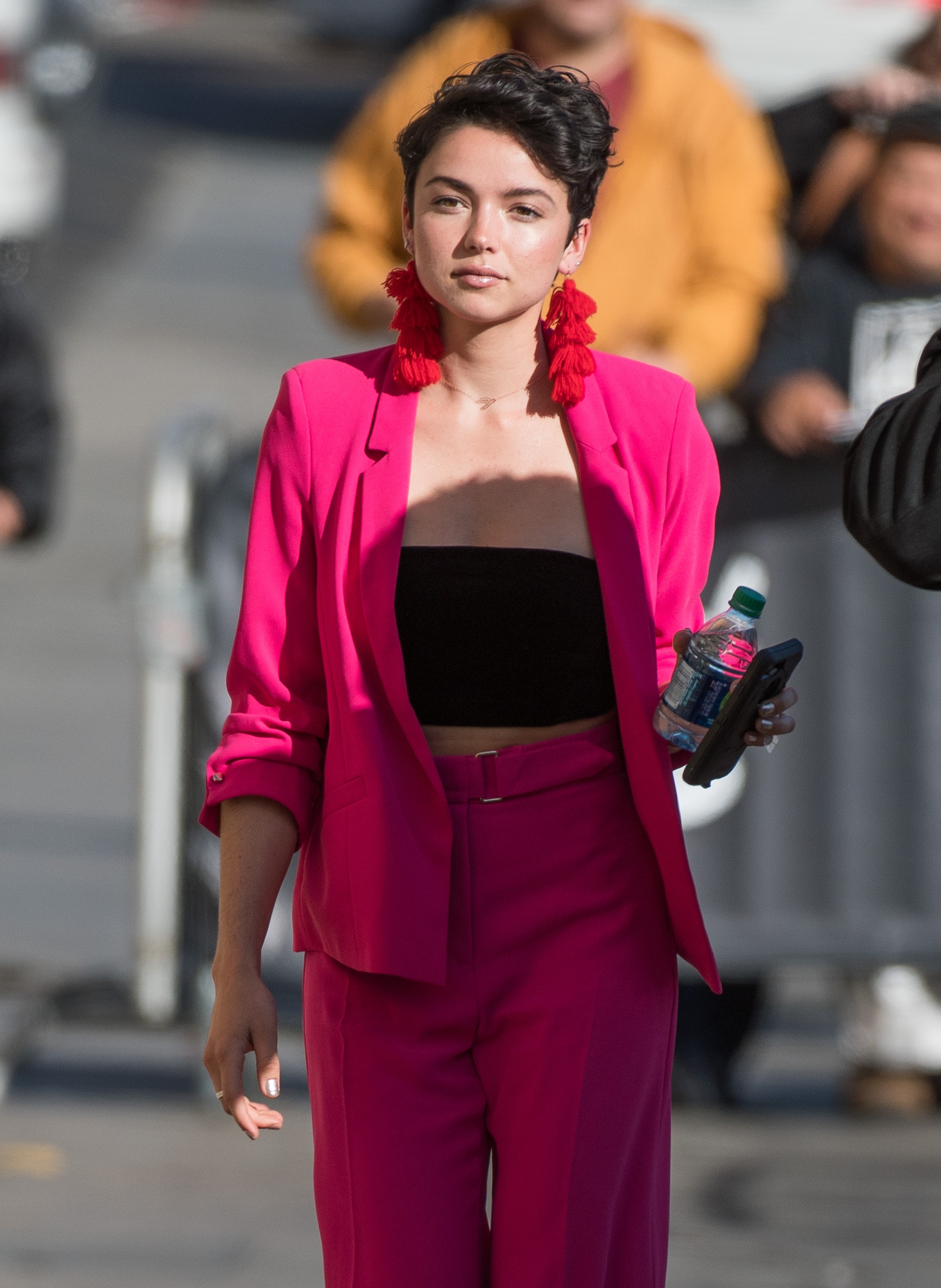 Every season of The Bachelor comes with plenty of drama, but considering the contestants are being filmed 24/7 it’s not too often the strangest occurrences take place off-screen. But if you’ve been a member of Bachelor Nation for long enough, you probably remember when the world thought a contestant was a missing person even though she was, you know, literally seen by everyone on national television. Bekah Martinez’s explanation for being reported missing in 2018 is honestly better than anything the Bachelor producers could have whipped up.

Since it’s been a minute since 2018, here’s a brief recap: Martinez was a contestant on Season 22 of The Bachelor. Arie Luyendyk Jr. eliminated the fan-fave during Week 7, but not before rumors started circling that Martinez was missing. Basically, Martinez ended up on a Humboldt County missing person’s list even though everyone in America knew she was just dating Arie on-screen and was still posting on social media. So uh, WTH?

Basically, it was all a major misunderstanding that got blown up by the media. But while Martinez recounted some of the tale back when the story broke in 2018, she finally took to Instagram to set the record straight once and for all.

On May 4, Martinez posted an Instagram Story explaining exactly what went down to land her a spot on a missing person’s list. "To make a VERY long story short, I was broke after The Bachelor, and I had to quit my nanny jobs to leave for the show for almost two months," she explained. "I needed to make some quick cash, so I went with a new friend to work on a weed farm trimming for a couple of weeks."

This was all old news, but the next part is what really changes the story. "The farm was up in Humboldt County and there were a lot of dark, windy roads," Martinez said in her story. "I was driving and out of NOWHERE a bear ran straight into the road!!! I slammed on my brakes, and he hit the front of my car and slid alongside my driver’s side door and window and then KEPT RUNNING and took off into the forest."

From there, fans probably remember what happened next. Martinez went to the farm with her new pal. Because the service was so spotty, Martinez had been using her friend’s phone to stay in contact with her parents. When her friend got kicked out of the farm, Martinez decided to stay behind, which made her friend upset. So upset, that she told Martinez’s family their daughter was being held at the farm by some seriously dangerous people.

That night, Martinez said she had a strange feeling and decided to leave the farm the next morning, but not before her parents filed a missing persons report. Once Martinez got cell reception, she cleared everything up… Or so she thought (bum bum bum). Her family left voicemails at the sheriff’s office saying she was no longer a missing person, but since no one listens to voicemails, her named didn’t get taken off the list.

Which is how a Season 22 Bachelor contestant was both a reality star and a missing person at the same time. The problem was that the story was so complicated, the facts got mixed up. "Some people thought I lied to my mom and told her I was on a weed farm, when I was really on The Bachelor," Martinez’s story said. She explained she told media outlets she went to the farm to relax (versus the whole bear/car/needed cash thing) because it was too long and confusing for interviews.

Martinez ended her story by saying, "I’m grateful I’m alive and not missing. I’m hopeful the bear survived after running into the forest. I’m sorry that my parents had to endure that horrible 24 hours. And I definitely never talked to that girl again." I hope The Bachelor producers took notes, because it doesn’t get more dramatic than that.