“He seems like a really sweet guy and he, like, reached out right after the finale and just sent some encouragement and some support, really sweet, but that is it,” Peter Weber’s ex said during her first-ever Instagram Live, when asked by a fan about Saeli, 25. “We are not together. I am not with anyone right now. I am just focusing on myself and taking it one day at a time. So yeah, so there’s that.” 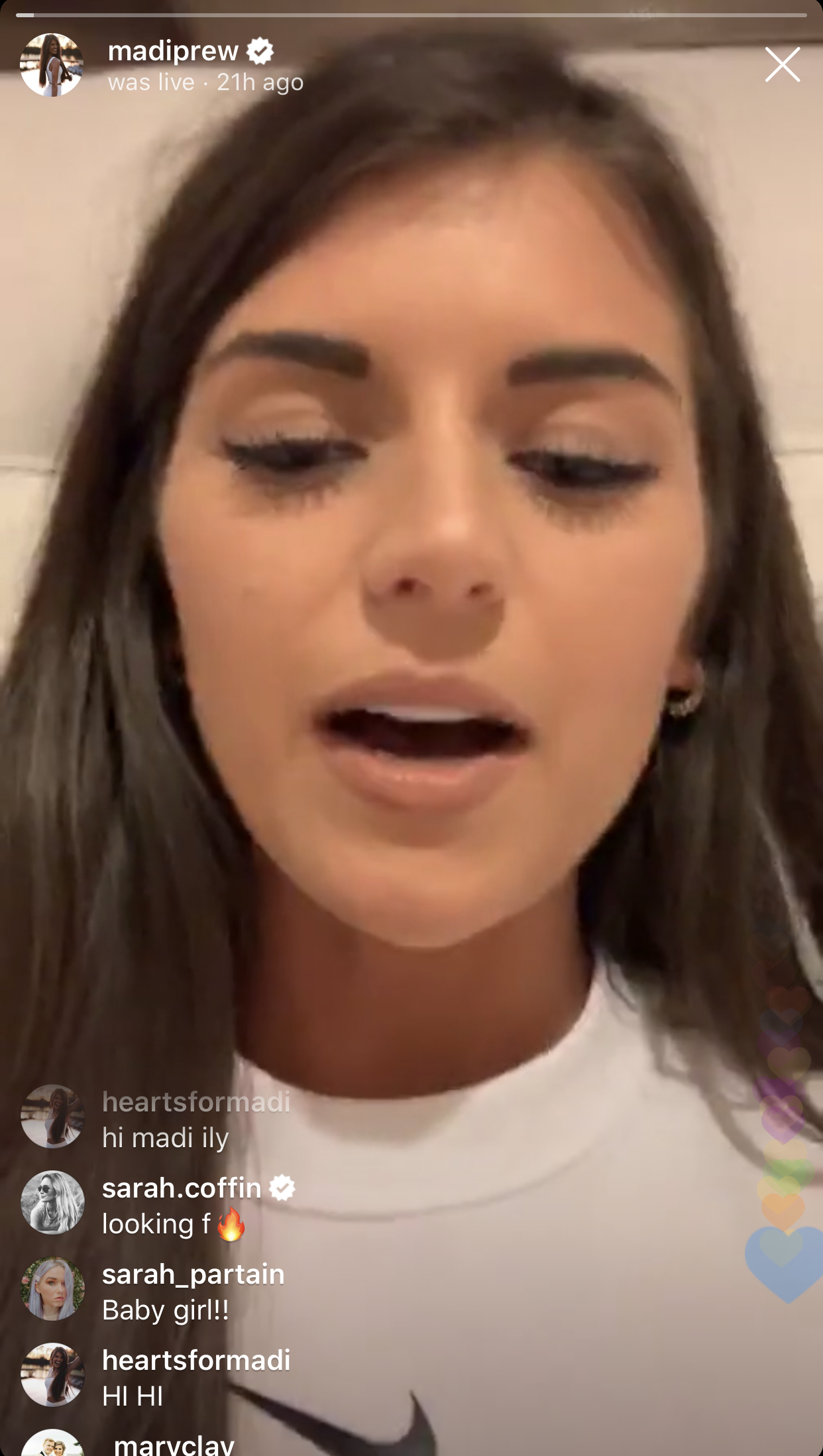 The question came hours after the Bachelorette alum was asked about Prewett during his own Instagram Live conversation on Friday with his fellow season 15 contestant John Paul Jones.

Things got awkward when JPJ, 25, brought up rumors that Saeli had been trying to get to know Prewett, 24, a little better.

“Wait Connor, we’re having a talk, man, what happened?” Jones teased after Saeli laughed and put his hand over his face. “I remember her being very together and very purpose-driven and not giving into some of the pressures I imagine would arise during the last couple episodes. She’s very — she’s got her stuff together.”

While Saeli wouldn’t confirm or deny anything, Jones congratulated his friend on the possible romance, saying he was “happy” for them and adding, “I ship you guys, 100 percent.”

The Alabama native romanced Weber, 28, during the most recent season of The Bachelor but their relationship ended when she left the show early. He went on to propose to Hannah Ann Sluss but they broke things off shortly afterward and the pilot and Prewett rekindled their romance.

While they reunited during the After the Final Rose special earlier this month, they split just two days later.

“So incredibly thankful for this amazing journey I’ve had the honor of being a part of,” Prewett captioned an Instagram photo of herself and Weber on March 13. “I have grown so much and am stronger than I was going in. I have learned the importance of acceptance, forgiveness, and grace. As Peter and I have decided to go our separate ways, I am confident that we will both move in the direction of our purpose and never forget that God has a plan in all things. I will always love and respect him. I am convinced our paths were meant to cross and we are both better because they did. @pilot_pete you are an amazing guy and I’m thankful for you. I will always be your biggest fan. And to the amazing women I met this season, I will love you for life. Thank you @abcnetwork for allowing me to embark on this journey.”