Home » Celebrities » Anna Kendrick's Inability to Stick to a Diet, Fitness and Wellness Regimen is Relatable

Fans of Anna Kendrick know that the celebrity actress has way more talent and success to her name than most people.

Early in her career, she starred in the Pitch Perfect movie franchise, where she demonstrated that she’s not just a great actress and a beautiful woman, but she is also an amazing singer.

But in at least one area of her life, Kendrick admits she’s just like the rest of us. Her fight to stay fit makes her extremely relatable.

An early start in acting 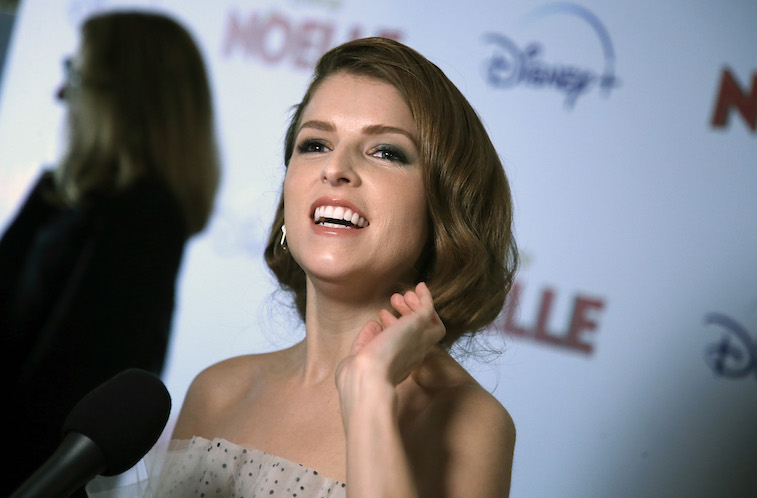 Kendrick was very young when she made a successful start acting on Broadway. By the time she was 13, she was nominated for a Tony award for her part in the musical High Society.

By the time she was 18 she’d shifted to working in movies, and just five years later she landed a supporting role in the Twilight movies, and the wildly popular franchise made her a household name.

Kendrick has been in demand as an actress for decades, and her life right now is no different. She starred in the holiday film Noelle on Disney+ just a few months ago, and currently, she’s working on a romantic comedy series for HBO Max called Love Life. You can also find her on the new streaming service Quibi in a movie called Dummy.

But don’t let all that achievement lead you to believe that Kendrick has it all figured out. She still struggles with her fitness choices, and she has for years.

Giving up Taco Bell was once her problem

Five years ago, Kendrick realized that she needed to clean up her act as she prepared to turn 30, according to Refinery29. She wasn’t too happy about the idea either. “I’ve been trying to be more healthy, and ugh, it’s the worst! It’s awful,” she said. “The worst part is I feel so much better…I’m trying to work out and eat some vegetables, and it’s awful. I hate it!”

It might seem to be an odd complaint to say that you hate feeling better, but Kendrick had a solid reason to be disappointed at the results of her experiment. “I was hoping I’d do it as an experiment, and I’d feel exactly the same, so I could go back to eating Taco Bell whenever I wanted.”

When you hear what she has to say today, it sounds like Kendrick has come a long way in her search for wellness. But although she’s improved, she’d be the first to tell you that she’s still far from perfect.

Kendrick doesn’t seem to be struggling to stay away from Taco Bell these days, but she still hasn’t gotten quite as far as she’d like when it comes to health and fitness. In a candid interview with Shape Magazine, she shared the ways she still falls short of what she’d like to do. For starters, she can’t quite get the hang of meditating.

“I’ve tried a couple of meditation classes, and so far I feel like I’m doing it wrong,” she said. “My mind races more when I meditate.”

Her attempt at being vegan has also failed, even though it had the same results as her earlier experiments with eating healthy.

“I was vegan for a year, or maybe even two, and it was the best I’ve ever felt. Then I just fell off the wagon super hard. I was like, Well, maybe I can just do vegan most days. But no. It was the classic slippery-slope situation for Anna.”

Exercise seems to be challenging as well. She’s long on enthusiasm, but short on endurance when it comes to picking a program. “Every time I try something new, I’m like, I found it! I found the only workout I’ll ever need! Then I get so obsessed with it that I burn out and have to start over with something new.”

Right now she’s doing a lot of hiking, which is not only a great workout, but also helps her clear her head.

Kendrick may not be living up to her own standards, but it’s clear that she’s made a lot of progress in the last five years.

Hopefully, she can feel good about that, and her many fans can feel good that when they struggle to stay fit they’re a lot more like their favorite star than they thought.