When worlds collide! Angelina Jolie and Ellen Pompeo surprised fans when they stepped out to dinner together with their kids in Los Angeles.

Angelina Jolie and Ellen Pompeo are the Hollywood pals we never saw coming! The A-listers, who have previously never been spotted together, stepped out for dinner on March 3 in Beverly Hills, Los Angeles, with some of their kids in tow — see all the pics here. The Maleficent actress, 45, looked incredibly chic as she arrived at the Italian restaurant, E Baldi, in a gorgeous, long sleeved white midi dress which was cinched at the waist with a matching belt. She carried a grey handbag and swept her bouncy brunette tresses into a sleek ‘do. Both she and the Grey’s Anatomy actress, 51, wore protective face masks while entering and exiting the restaurant. 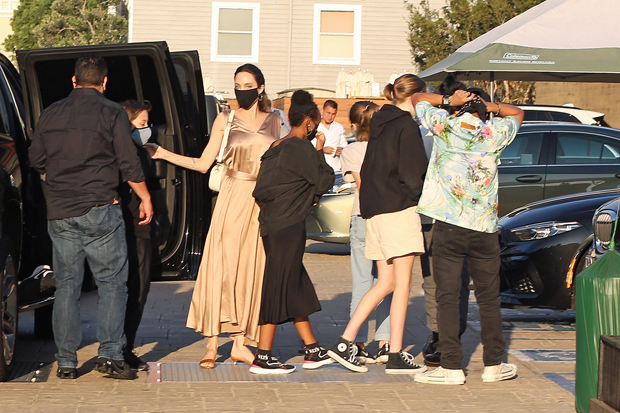 Ellen stunned in an all black ‘fit including a dark coat which was draped around her shoulders, as she styled her highlighted locks into loose, blown out waves. The two actresses, who have been mainstays in the industry for the better part of two decades, appeared to be joined by some of their children for the outing. Angelina and her estranged ex Brad Pitt share six children: Maddox, 19, Pax, 17, Zahara, 16, Shiloh, 14, and 12-year-old twins Vivienne and Knox. Meanwhile, Ellen has three children: Stella, 11, Sienna, 6, and Eli, 4, with her music producer husband Chris Ivery. 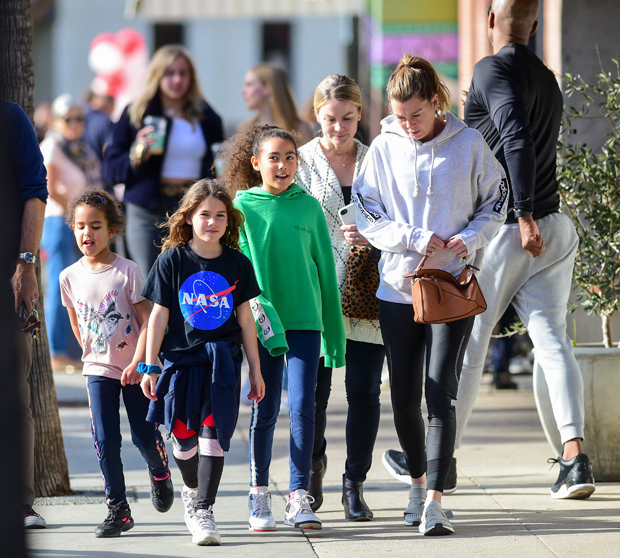 Angelina, who has been notoriously private when it comes to her kids, recently opened up about her breakup with Brad Pitt in a rare interview with British Vogue. Though the A-lister doesn’t mention Brad by name, she indirectly refers to their 2016 split when asked if she feels as if she’s at a “happy stage” in her life.  “I don’t know. The past few years have been pretty hard,” Angelina said. “I’ve been focusing on healing our family. It’s slowly coming back, like the ice melting and the blood returning to my body. But I’m not there. I’m not there yet.”