No time for haters! Alyssa Milano clapped back at a troll who made a rude comment on social media regarding her career.

Celebs Fight Back on Social Media

The Charmed alum, 48, made a TikTok video on Wednesday, April 28, to address a user who said it was “sad how a washed-up actress is still trying to be important.”

The Mistresses alum, whose TikTok bio reads, “Hiding from the trolls,” fired back at the user in her video, which she captioned, “This ‘washed-up actress’ has something to say.” 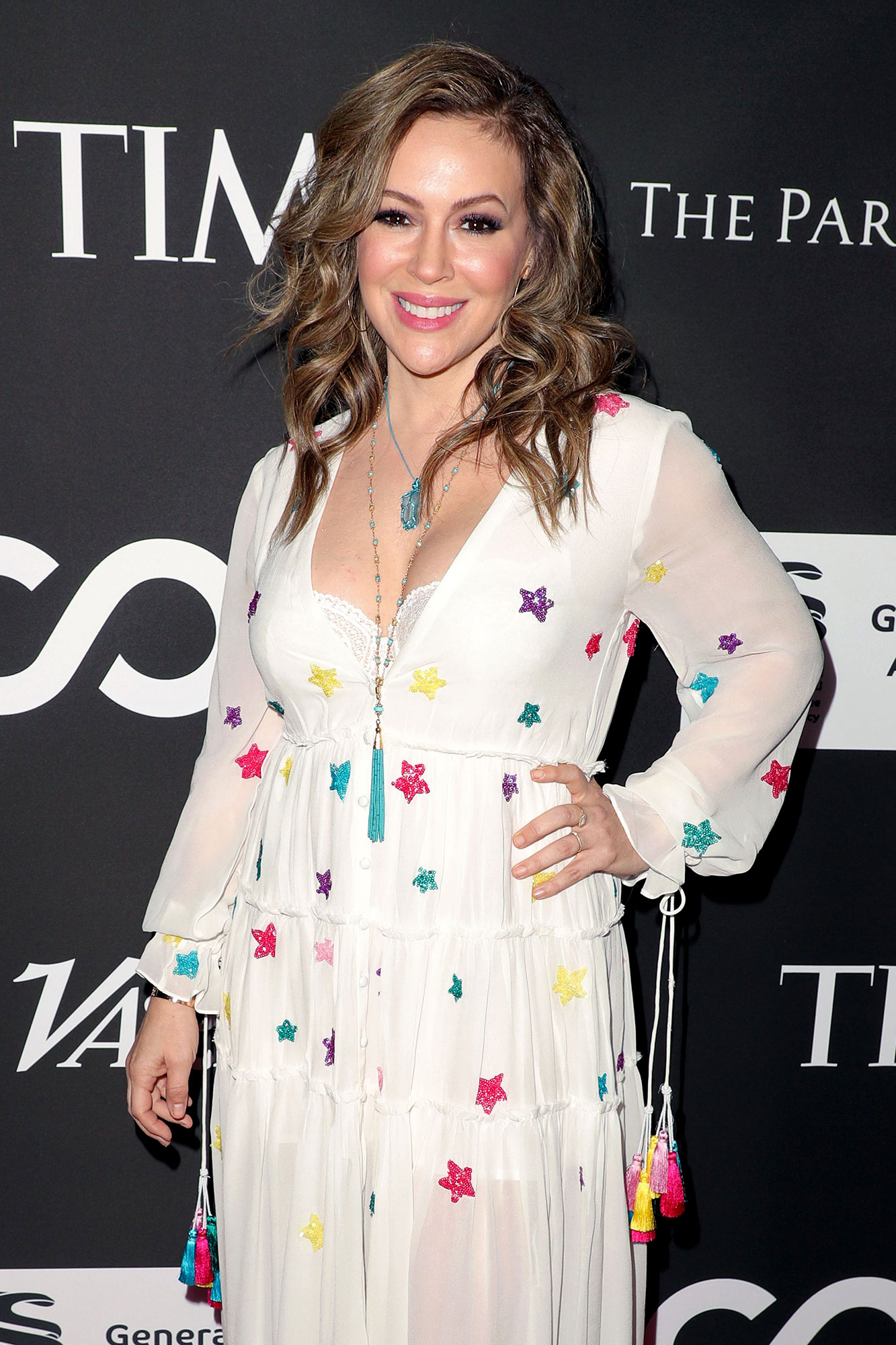 Milano kicked off the clip by pointing to the comment in the upper left-hand corner of the screen, telling her fans, “See these? I get a lot of those.”

The New York native revealed that most of her negative remarks comes from people who “identify as a different political party than I do.”

Stars Who’ve Hit Back Against Body-Shamers

She then explained the type of politics she supports, saying, “I identify with the party who believes in equality and equity and opportunity for everyone, and also the party who fights for the most vulnerable and the marginalized communities.”

When it comes to the “washed-up” portion of the dig, Milano swiftly brushed it off, noting she’s been an actress since elementary school. 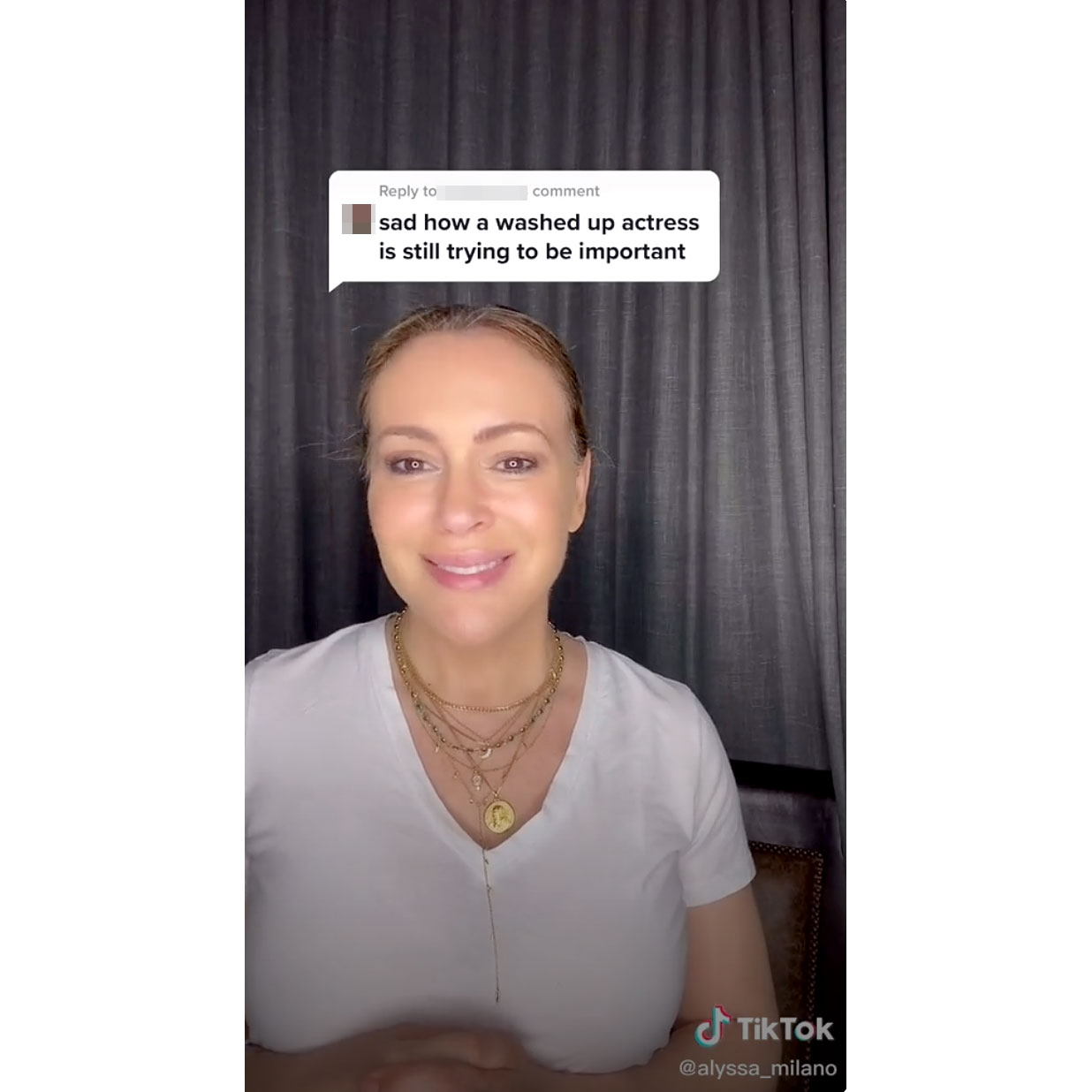 “Just because you say something to be hurtful, it doesn’t make it true,” she concluded. “I have consistently worked since I was 7 years old, and you can just f–k off now and move along.”

The Wet Hot American Summer: Ten Years Later star got a lot of positive feedback from her Instagram followers after posting the TikTok to her profile on Wednesday.

One of Milano’s fans even referenced her time on ’80s sitcom Who’s the Boss, writing, “Who’s the BOSS? Alyssa is❤️?.”

The Insatiable alum has a history of being as transparent as possible on social media. Last year, Milano clapped back at haters who claimed she was lying about losing her hair after battling COVID-19.

Moms Clap Back at the Parenting Police

“Thought I’d show you what #Covid19 does to your hair,” she tweeted in August 2020, alongside a video of her brushing her hair after a shower. “Please take this seriously. #WearADamnMask #LongHauler.”

As a clump of hair came “out of her head,” she reiterated, “One brushing. Wear a damn mask.”

After one user accused her of having hair extensions and “just brushing out the glue and part of an extension,” Milano, who contracted the virus four months prior, fired back, “F—k you. I don’t have hair extensions. Be a human being.”