Alisha Wainwright and Justin Timberlake were seen holding hands in New Orleans — where they shot newly-released film ‘Palmer’ — in 2019.

Alisha Wainwright, 31, couldn’t help but gush over her Palmer co-star Justin Timberlake, 40. “This guy is a megastar, and he’s one of the most recognizable faces,” she said to Entertainment Tonight on Wednesday, Feb. 3. “I thought he was incredible in this movie,” she noted, going on to note that, “you’d be surprised how someone is in character. You can take away all the noise and just focus on what’s in front of you like, ‘Let’s make a movie.’”

Alisha and Justin are currently starring in the newly released Palmer, which also stars 8-year-old Ryder Allen. Justin plays the title character, who is a former high school football star returning home after over a decade in prison for attempted murder. He ends up befriending a kid named Sam (Ryder Allen), and takes him under his wing after realizing he is bullied at school and comes from a troubled home. The film was released via Apple TV+ on Jan. 29. 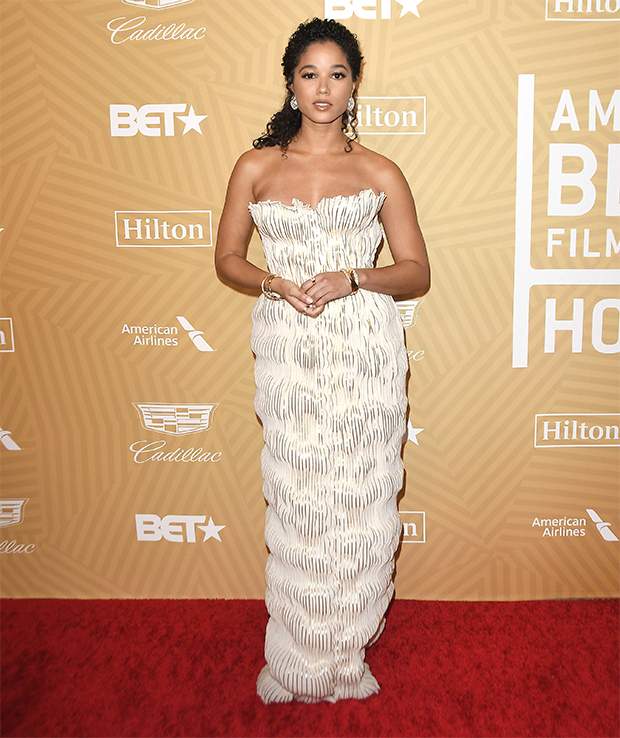 Justin and Alisha caused a stir after they were photographed holding hands in Nov. 2019 while out for an evening in New Orleans, Louisiana — where the film was shot. The pair were specifically seen outdoors at bar The Absinthe House on NoLa’s popular Bourbon Street. Eagle eyed fans also noticed Justin — who married Jessica Biel, 38, back in 2012 — appeared to be without his wedding ring. The couple share sons Silas, 5, and baby Phineas together.

Shortly afterwards, a rep for the actress clarified that the relationship between Alisha and the Justified singer was professional. “[They’re] filming a movie where their characters have a relationship, which is probably what was [shot.] No validity to any other rumor other than that they are filming together,” a statement said at the time. An eyewitness from the bar also noted that “there was no kissing or hugging or heavy PDA” EXCLUSIVELY to HollywoodLife.

After nearly two weeks of silence, Justin himself addressed the incident. “I drank way too much that night and I regret my behavior,” the former N’Sync member wrote via Instagram. “I should have known better. This is not the example I want to set for my son. I apologize to my amazing wife and family for putting them through such an embarrassing situation and I am focused on being the best husband and father I can be,” he went on, pointing out that “nothing happened.”