Robert Downey Jr. isn’t only an accomplished actor, he’s a pro at gift-giving.

Seriously, if the 54-year-old were to stop acting today he could have a career as a personal shopper. Time and time again he’s proven just how good he is at selecting the most perfect, thoughtful present. Ahead, we break down three times the Iron Man actor impressed us with his gift-giving skills.

Sure, celebrities have an edge when it comes to gifts because practically nothing is too expensive when their often sky-is-the-limit budgets are involved. Downey Jr. is no exception with an estimated net worth of $300 million. And they may have help from an assistant or a personal shopper but to us, it seems Downey Jr.’s been very involved when it comes to the presents he’s gifted costars, crew members, and fans alike.

The actor became friends with Evans in real life as a result of spending so much time working together on the Avengers movie franchise. He gave the Captain America actor a fully restored and modified 1967 Chevy Camaro RS decked out with nods to his Avengers character costing $275,000. 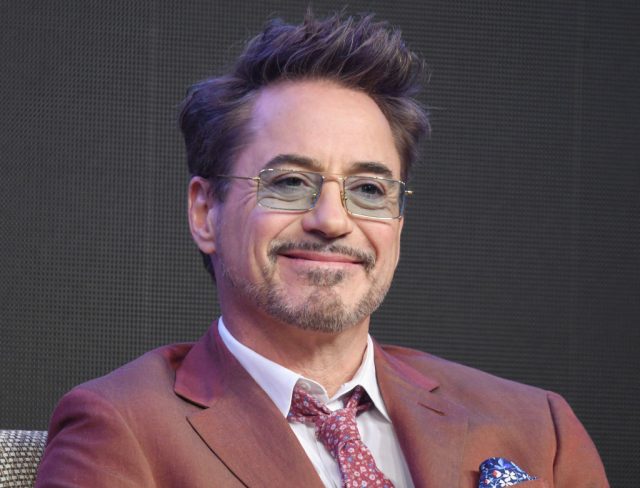 Evans told former talk show host, Jay Leno, who is known for his impressive car collection, on an episode of Jay Leno’s Garage about his Captain America-themed car, that the gift wasn’t a complete surprise. Downey Jr. had been pointing out cars to him on the street asking him which ones he liked. Evans admitted he’d been suspicious Downey Jr. might give him a car but quickly dismissed the idea.

Downey Jr. and the team he hired to restore and modify the Camaro didn’t overlook any details. The car itself is, in the words of Evans, “melted army man green,” a color Downey Jr. selected himself as a nod to Captain America. The steering wheel is emblazoned with the superhero’s shield and on the dashboard, there’s a plaque reading “Steve Rogers Special Edition.”

Although Evans admitted to knowing nothing about cars, telling Leno the Camaro is “way out” of his league, he keeps the car in Mass. and takes it out for the occasional spin.

2. Downey Jr. gave fans a gift on his own birthday

It’s customary for people to receive gifts on their birthdays, not do the gift-giving themselves. Downey Jr.’s a rebel because on his birthday (April 4) in 2019, he surprised fans with an Iron Man crossword puzzle in an Instagram post, saying, “Here’s another little birthday gift from me to you all.”

Prior to that, the actor shared a happy birthday image from fan artist Kode Abdo aka BossLogic.

It seems Downey Jr. is one for personalized gifts when movies wrap. When production on 2018’s Avengers: Infinity War came to a close, he gifted the entire crew with their own cast chairs, according to Cinema Blend.

Patrick Istorico, who worked as a film grip on the movie, took to Instagram in 2018 to showcase Downey Jr.’s generosity and the awesome gift. Istorico shared three snapshots of the chair featuring the movie’s logo and his name.

Robert Downey Jr. went for it and got the entire crew personalized cast chairs. Out of control. #infinitywar #marvel @robertdowneyjr Thank you!!!

On the arm of the chair, a note from Stark Industries read, “Heart Felt Thanx From The Center Of My Arc Reactor,” followed by Downey Jr.’s signature.

We can’t wait to learn what the Iron Man actor gifts next!