Home » Celebrities » 11 celebrity couples that split this year, so far 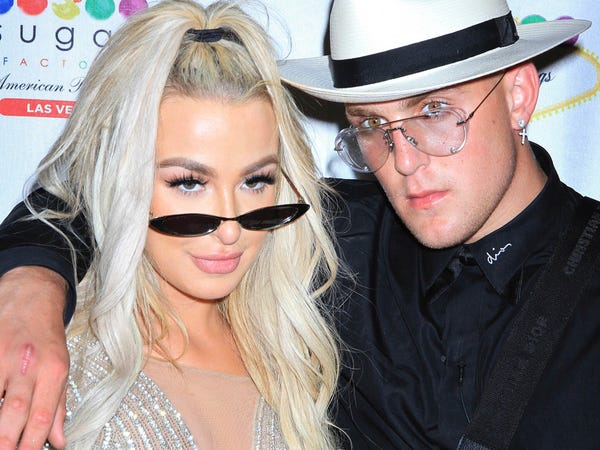 In early January 2020, Mongeau posted a photo of herself and Paul on Instagram and said they were "taking a break to focus on our own very crazy lives."

"i'll never know what the future holds and i will always love Jake and everything we did," she wrote. "i'm grateful to know throughout this i've made a best friend for life & found someone to do life with when no one understood me. here's to 2020, working on us, and my new Lamborghini since i get half of everything!"

Paul also shared the same photo on his Instagram and said: "I wouldn't change anything that happened.. we're best friends and right now it's best for us to focus on our lives & see what the future holds."

He also called the breakup "bittersweet, but it's what's best for us right now."

Prior to revealing the split, Mongeau posted an emotional video she called "the truth about everything," in which she called their lavish wedding night "just hell." 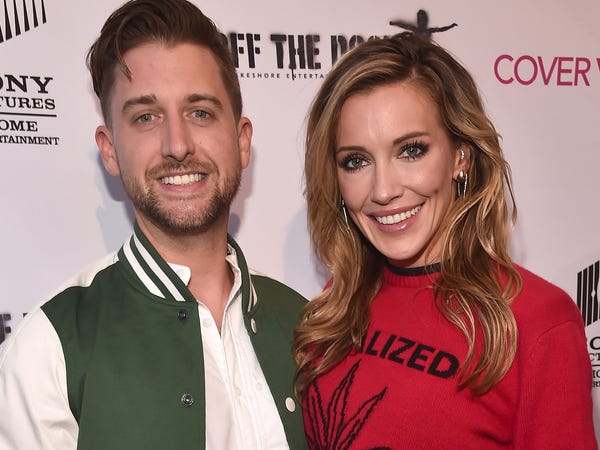 According to Us Weekly, Cassidy filed paperwork in January, citing "irreconcilable differences."

In December 2018, the actress posted a photo from their wedding, which took place in Florida, and wrote: "I can't help falling in love with you." She also changed her name to Katie Cassidy Rodgers.

However, Cassidy listed their wedding date as December 28, 2017, Us Weekly reported.

Makeup guru Jeffree Star posted a video on YouTube and confirmed that he and boyfriend Nathan Schwandt split after a five-year relationship. 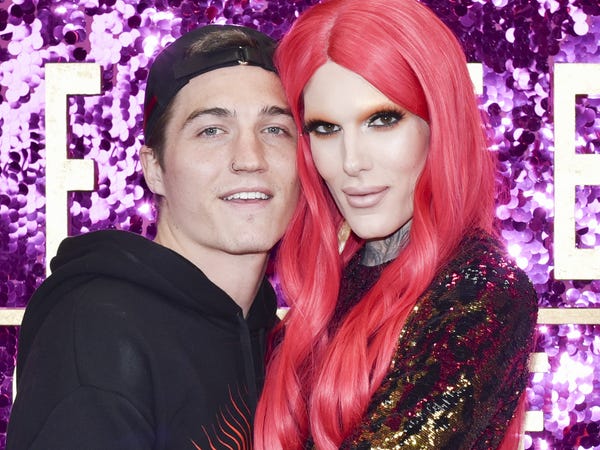 Fans suspected that the pair were no longer together after Star removed "wifey to Nathan" from his Twitter bio in early December 2019. The following month, he confirmed the split in a video posted on his YouTube channel.

In the video, Star said that he was "starting this year off alone" and accused family members of trying to sell the breakup story to the media. 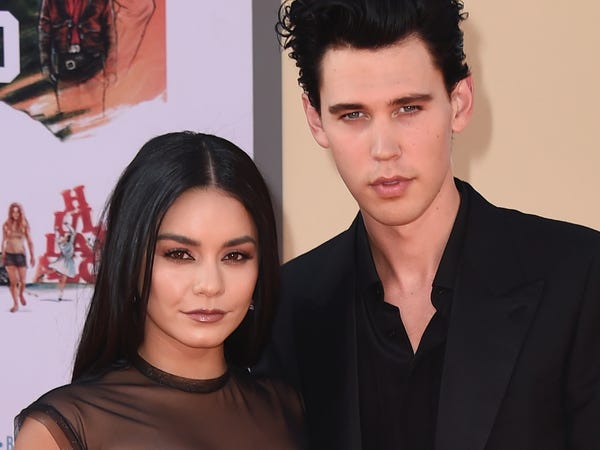 In January, Us Weekly reported that Hudgens and the "Once Upon a Time in Hollywood" actor broke up. Throughout their relationship, the couple wore coordinated outfits for Halloween, attended Coachella several times together, and partnered up for red carpet appearances.

According to a source that spoke to "E! News," distance played a role in their split as Hudgens has been filming Netflix's "Princess Switch" sequel and Butler is gearing up to portray Elvis Presley in Baz Luhrmann's upcoming film.

Pete Davidson and Kaia Gerber had a short-lived romance. 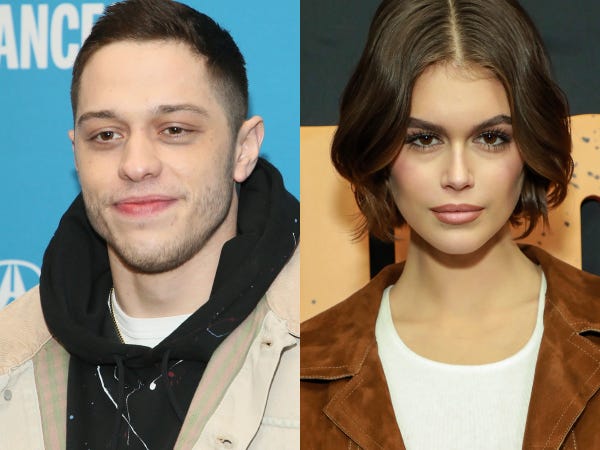 In November 2019, Us Weekly and "E! News" reported that the "Saturday Night Live" star and the 18-year-old model were dating. The stars went on to be photographed together in New York, Malibu, and Miami.

By January 2020, "E! News" reported that the pair's relationship fizzled out. During an interview with Charlamagne tha God, Davidson confirmed that he and Gerber "were dating for a few months."

"She's very young, and I'm f—ing going through a lot and it was before I went to rehab," the 26-year-old comedian said. "It's just like, she should be having fun. She shouldn't have to worry about some dude that just has issues and s—. She should be enjoying her work."

"It just wasn't the right place or the right time at all," he added. 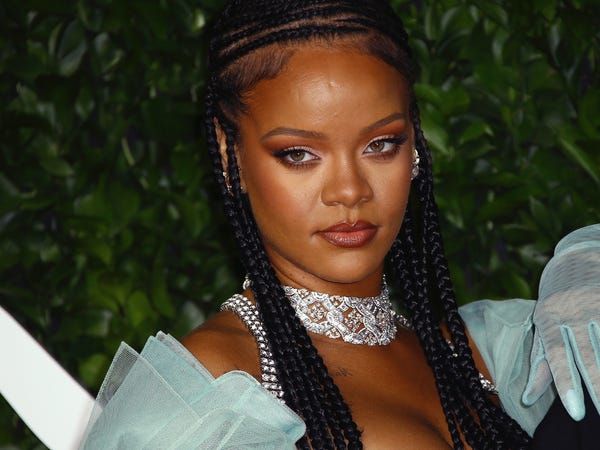 In January, Us Weekly reported that the "Work" singer and Jameel were no longer in dating. The pair were linked since 2017 and in a conversation with "Ocean's Eight" costar Sarah Paulson for Interview magazine in 2019, Rihanna said that she was in love with Jameel (but didn't name him).

Actor Jesse Metcalfe and fiancée Cara Santana reportedly broke up after being together for more than 10 years. 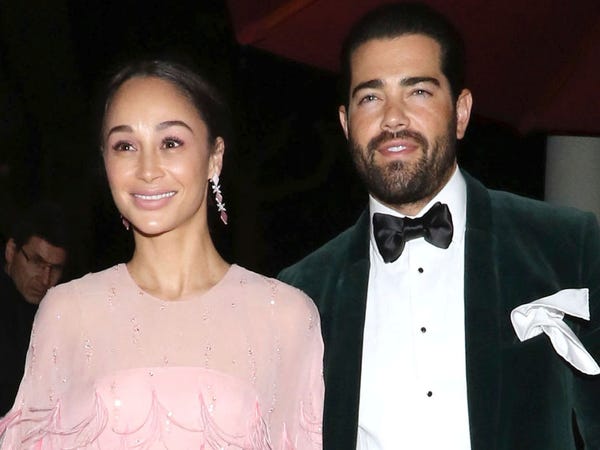 In January, "E! News" and Us Weekly reported that the pair, who had been engaged since 2016, ended their relationship.

Prior to the news, Metcalfe was photographed with two women at different times. An unnamed source told Us Weekly that the "John Tucker Must Die" star "did not cheat" on Santana. 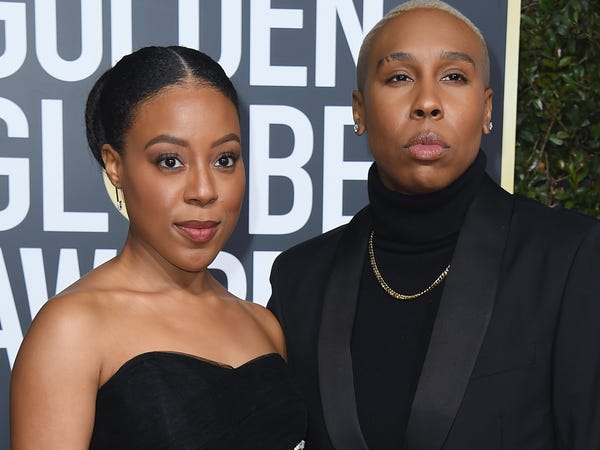 "After careful thought and consideration, we have decided to part ways," the pair said in a joint statement shared by "E! News." "We have nothing but support for one another and ask that you respect our privacy during this time."

During an appearance on "The Ellen DeGeneres Show" in November 2019, which was hosted by John Legend, Waithe said that she and Mayo "snuck" and got married at a courthouse in San Francisco.

Zac Efron and athlete Sarah Bro never confirmed their relationship, but they reportedly broke up. 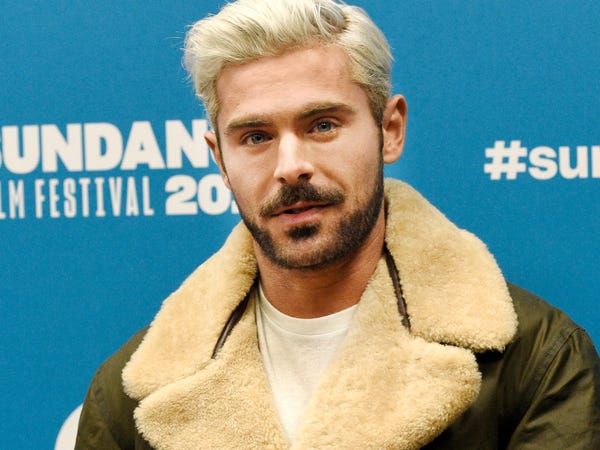 In March 2019, Us Weekly reported that the 32-year-old actor was dating Bro, a professional swimmer who competed in the 2016 Olympics.  The two stars were also photographed sitting together at a UFC fight in Las Vegas in early March and were reportedly seen at other events together.

By January 2020, Us Weekly reported that Efron and Bro were no longer in a relationship. The publication added that the "Greatest Showman" star was now dating actress Halston Sage, who he starred alongside in 2014's "Neighbors." The pair also reportedly dated that year. 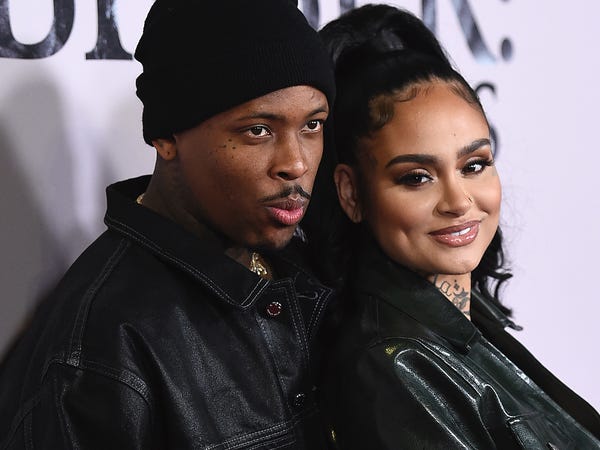 The two musicians confirmed their relationship in September 2019. Three months later, Kehlani declared herself "single and focused" in a deleted social media post.

In February 2020, Kehlani and YG released a duet called "Konclusions." Shortly after, she dropped a new song called "Valentine's Day (Shameful)," seemingly referencing their breakup. In a now-deleted tweet, Kehlani responded to a fan who told her to leave YG, saying: "I'm single luv."

The couple's split was revealed in February and Mills shared a lengthy post on Instagram addressing their breakup and calling it "the most non-superficial and grounding experience in my life."

"While it pains me our journey has come to a close, I mean it when I say I'm so incredibly grateful to have shared the last three years with someone as compassionate, smart & wonderful as Madelaine," the musician wrote. "The personal growth made possible by our time together I wouldn't trade for anything.⁣⁣⁣⁣"

"The highest highs were made better, the lowest lows were livable, because of her," Mills, who often appeared in her YouTube channel videos and attended red carpets with the actress, continued. "I've learned so much about myself & life from that unconditional love and support.⁣⁣⁣⁣"

Mills also added that he's "not deleting any of our images, I regret nothing.⁣⁣⁣⁣"