The DIY hack has become a hit in lockdown as people are forced to stay home, and are swapping their sneakers for slippers. 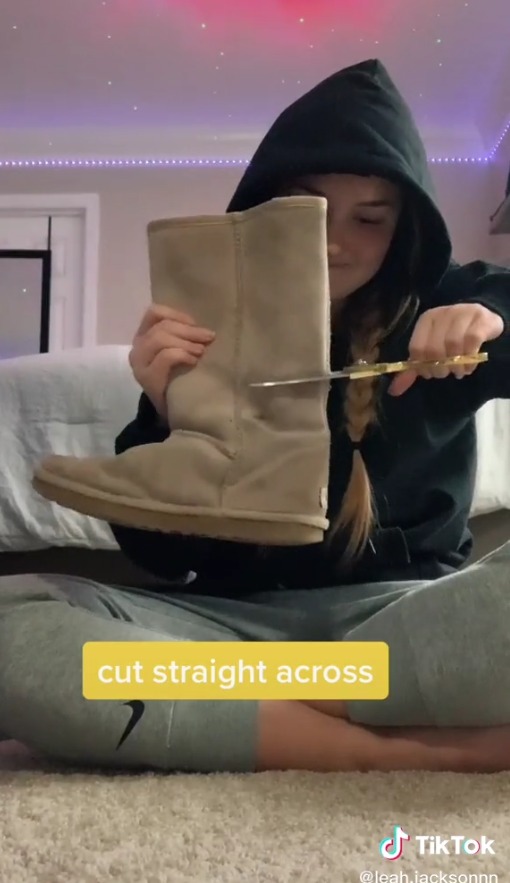 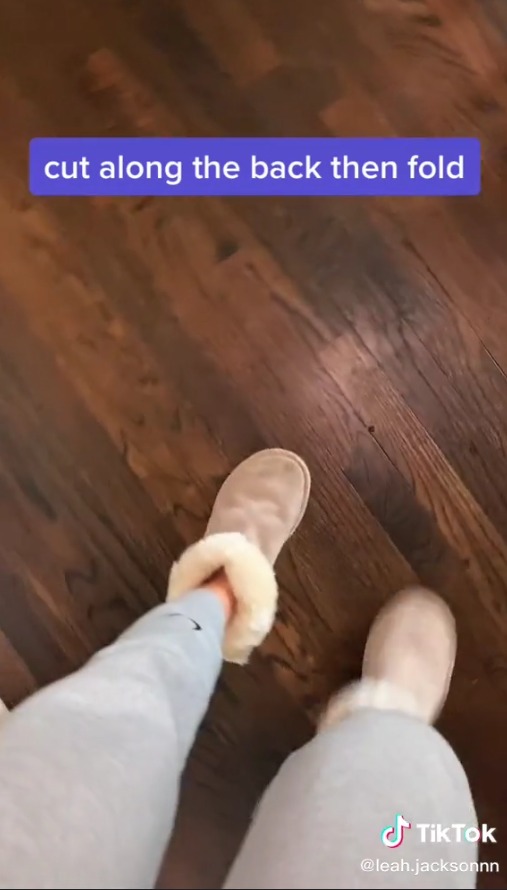 The snazzy slippers are near identical to the brand’s Scuffette slippers which retail at £145, but come in at a snip, literally.

In order to transform your old Uggs all you will need is a pair of scissors, with users cutting along the seams and removing excess fabric.

User abbyj420 was among the first to give the trend a try with her seven-year-old boots.

Speaking in the video she says: “These babies are all kinds of jacked up. 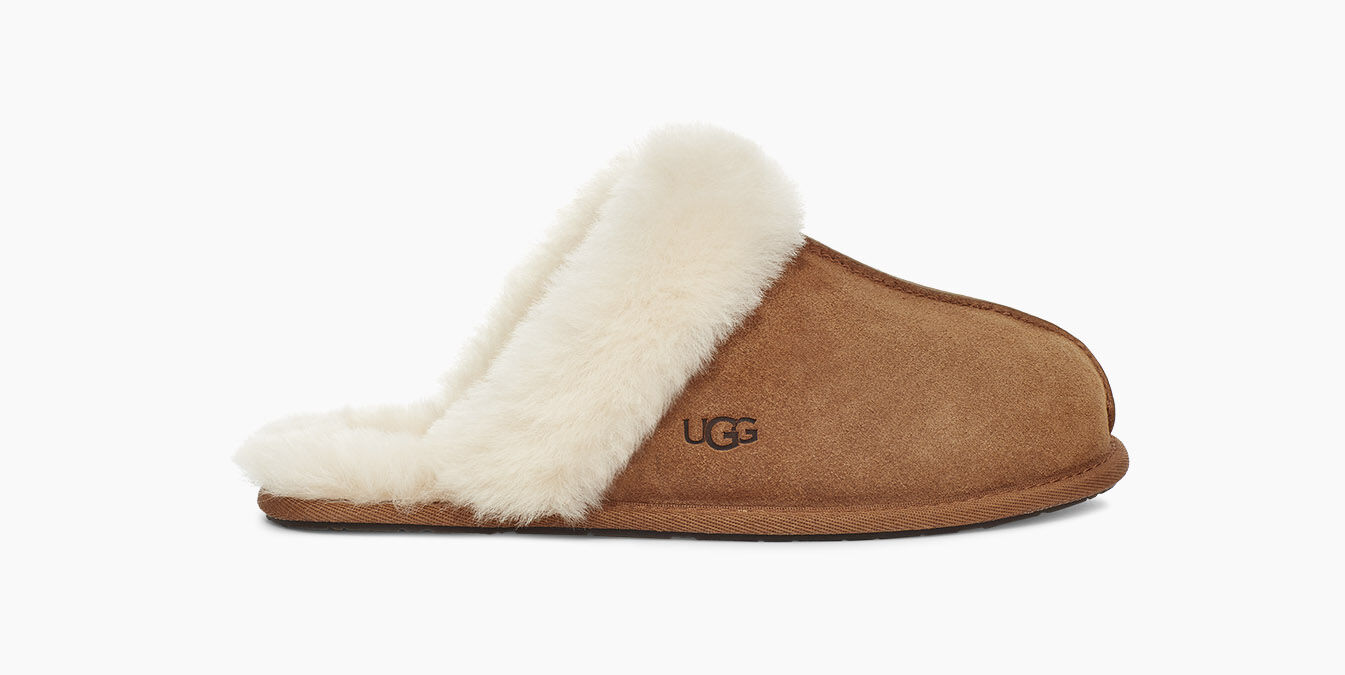 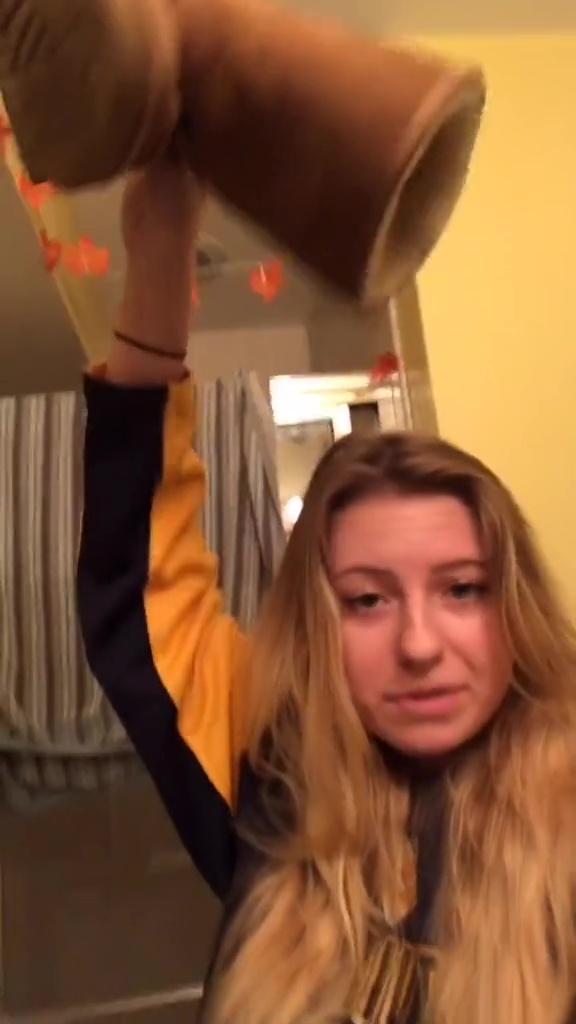 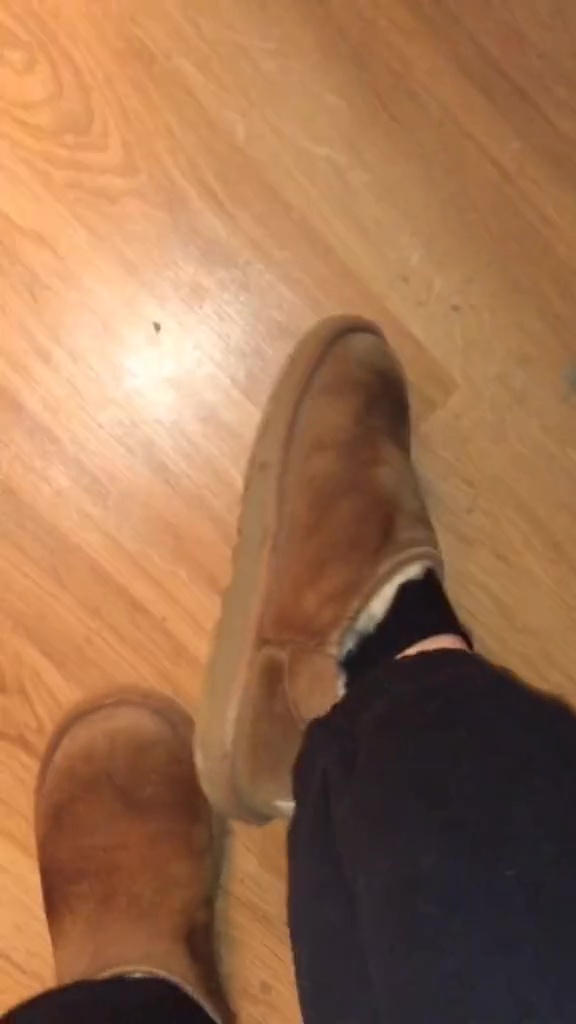 “But instead of throwing them out, I’m going to cut them up and see if I can reuse them.

“I’ll probably only wear them in the comfort of my own house but still, recycle baby.”

Lyns followed-suit and amassed over 20,000 views for her tutorial video. 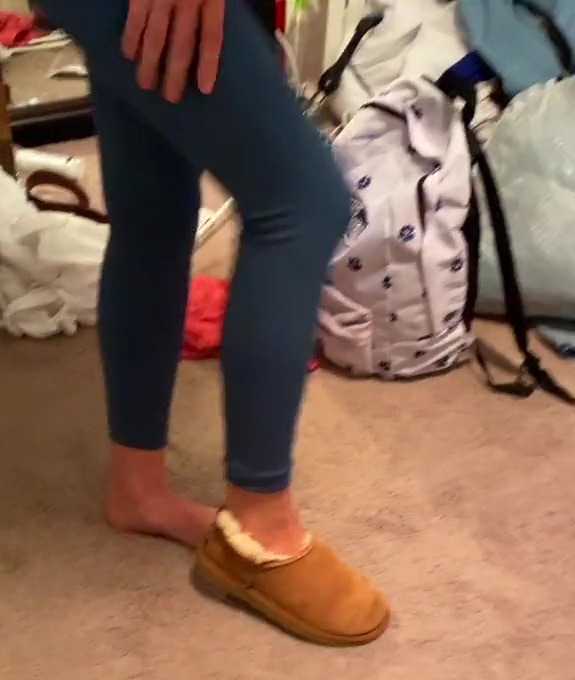 Meanwhile Leah Jacksonn had a slightly different approach when it came to upcycling her tatty boots.

Rather than cutting along the seams, she instead snips straight across the top of the ankles to form an ankle boot shape.

Leah then slices down the heel of the shoe before folding the flaps over to give her slippers a fluffy sheepskin trim from the interior of the boots.

In other DIY news, this woman renovated her rundown pad for £5,000 in just four weeks.

And a couple transformed a dark and gloomy pad into a stylish home for £6k – despite having NO DIY experience.

Plus we told how parents whose kids share a box room show how they give them their own space from triple bunkbeds to high sleepers.