A WOMAN who'd tried to buy a pregnancy test from her local pharmacy was left "dumbstruck" after the pharmacy assistant refused to sell it to her insisting it's "not an essential item."

The pharmacy worker then questioned the woman's need for the test insisting that she "shouldn't be trying to conceive" during the coronavirus pandemic. 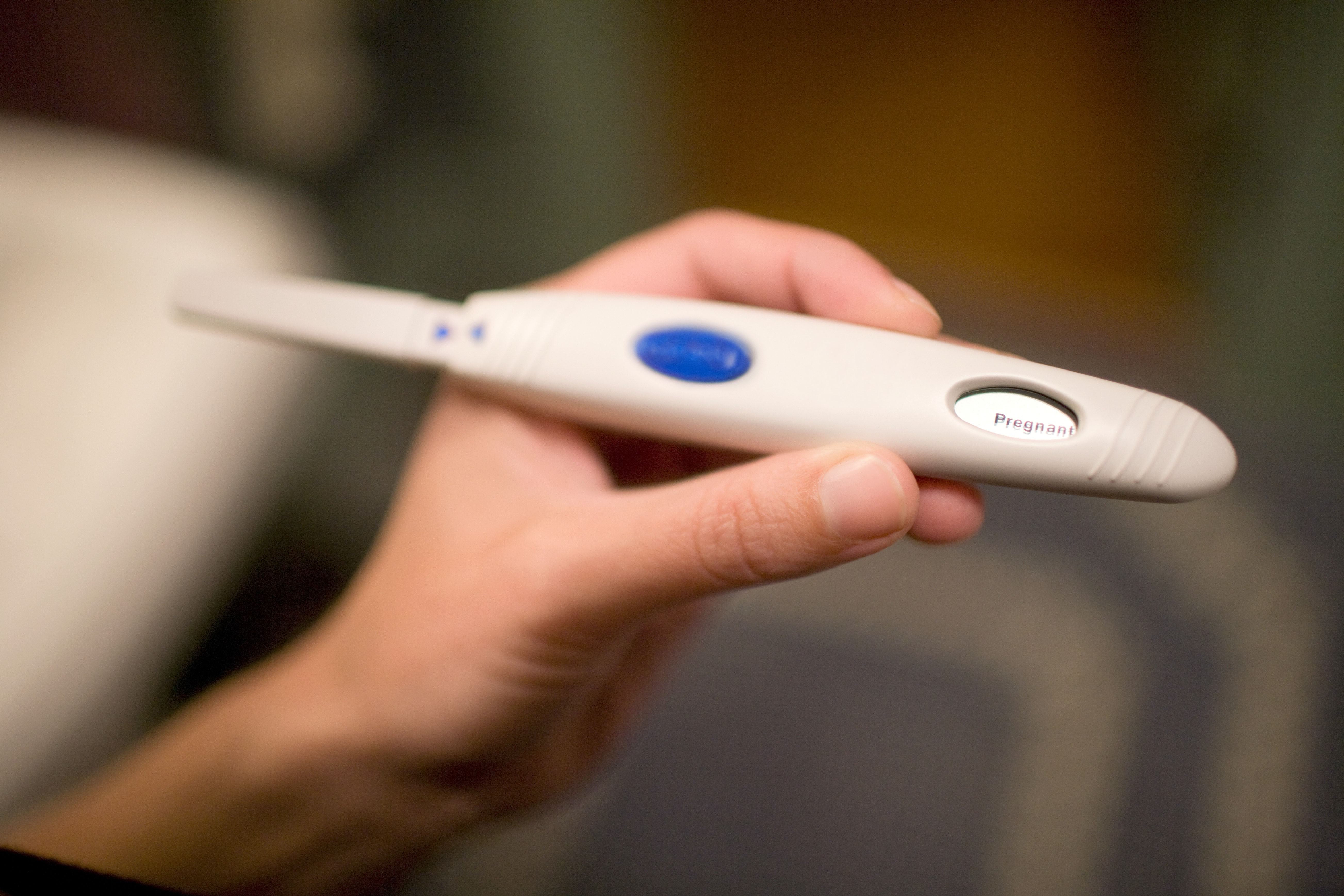 Taking to Mumsnet,the anonymous woman, from the UK, revealed that she'd lined up outside her local "independent" pharmacy due two social distancing measure and was told by the assistant that she was only allowed in to "pick up a prescription or medication only."

She continued to explain that she'd asked to speak to the pharmacist before she was told by a female assistant that she "shouldn't be trying to conceive" during the Covid-19 crisis, and that she couldn't enter the store.

The remark left her completely shocked and pointed out in the Mumsnet post that she "could have been raped" or had "failed contraception" and did not think it was appropriate to be questioned over her right to have a child.

The post post had left other women baffled with many urging the woman to lodge a complaint against the pharmacy assistant. 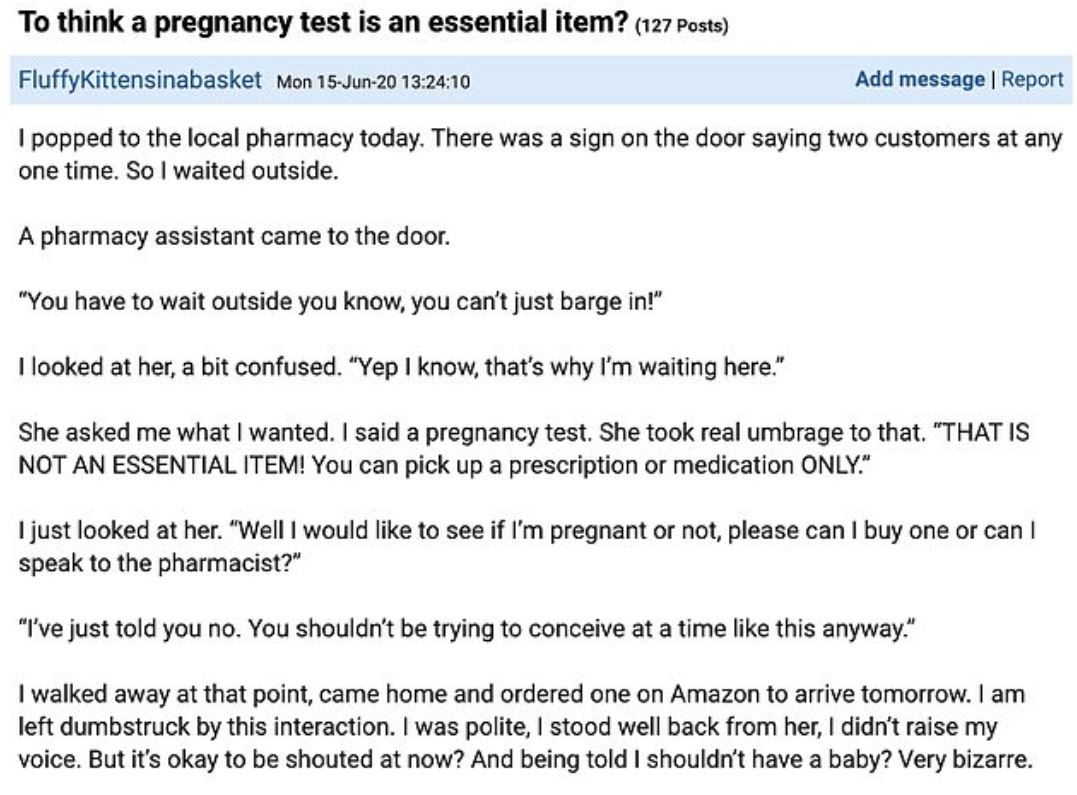 "She's nuts! I went into the chemist to pick up a bottle of paracetamol suspension for DS. I'd consider a pregnancy test to be far more urgent than this," wrote one.

And a second said: "That is ridiculous. For all she knows you could be on medication which would mean that a positive pregnancy test required urgent medical advice. I'd also make a complaint."

Another dubbed the incident "outrageous" and told how she, like many others, would "definitely" complain.

She added: "It is an essential item but it's not up to her to police that and if they're selling it you can buy it regardless of whether it is 'essential!'''

The woman later posted again after the incident and revealed that she'd decided to order a pregnancy test from Amazon – and went on to say how she had since called the pharmacy to complain.

But upon answering the phone,she believed it was the same assistant due to the "sound of her voice" and when the she asked to speak to the manager, she was told they weren't there and they were unable to call her back.

We also shared how a mum makes her kids sign a ‘pet contract’ before she gets them a puppy and others are instantly on board.

And an organised mum sparks debate after sharing photos of her kids’ packed lunches which she makes at 3am on Sunday mornings.

Meanwhile a neighbour demands mum stops her ‘loud’ 16-month-old ‘stomping’ around their flat in brutal note.