A WOMAN has shared the disgusting messages she received from a delivery driver who refused to deliver her food unless she had sex with him.

Taking to Facebook the US customer shared the terrifying texts the DoorDash employee sent to her, admitting she felt ‘unsafe’. 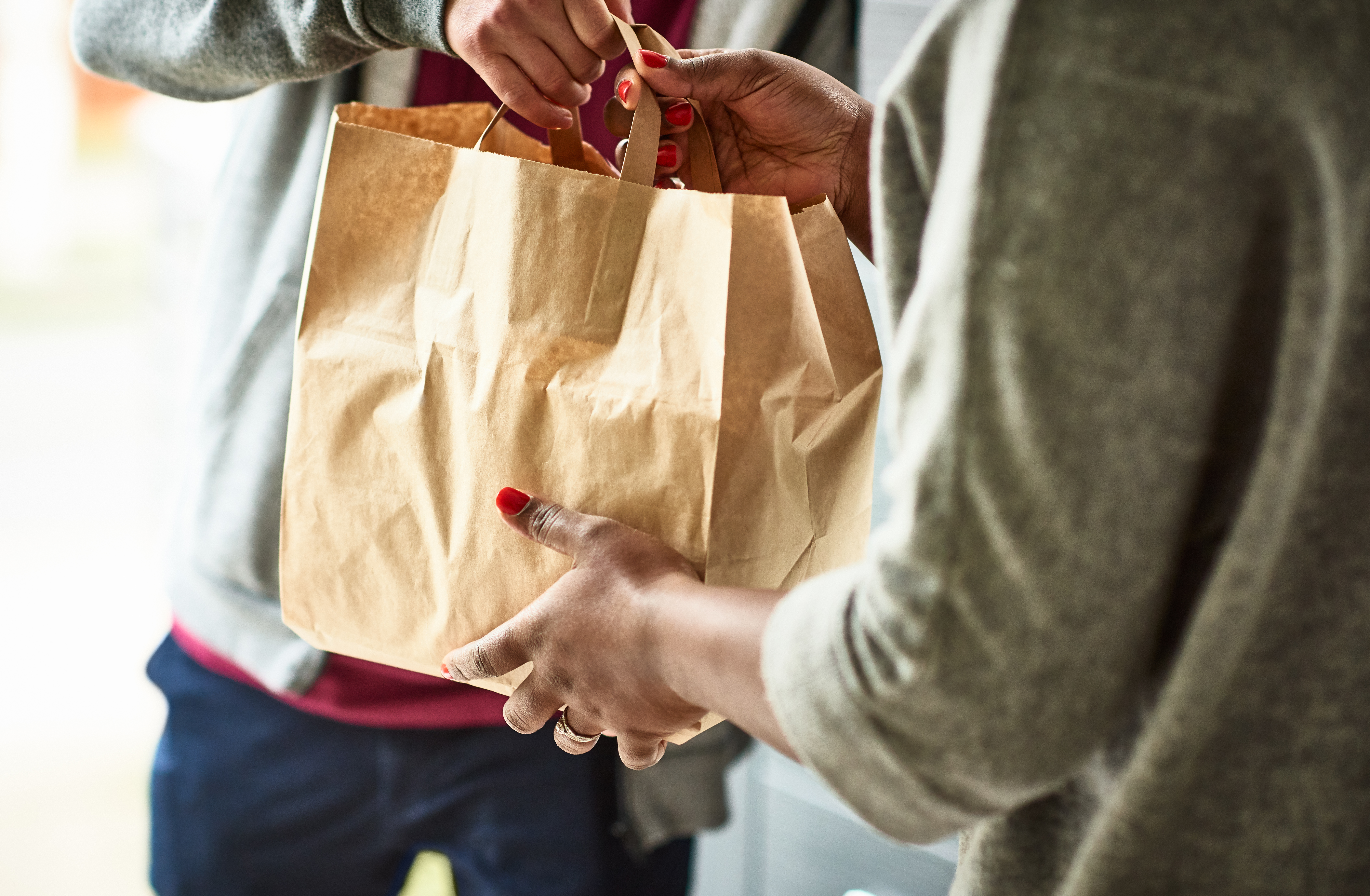 In the exchange the driver sends a message saying, “Question for ya”, before proceeding to ask her whether she is single.

When the customer replies to tell the delivery driver she in fact has a boyfriend she is met with a very creepy response.

The driver responds: “Well look. First off, it's late, wet, rainy and I'm tired. Doordash offered me this delivery when I was 10 miles away, meaning there's not many drivers out.

"So I'll make you a deal. Help me out a little sexually and I'll deliver the food. If not, I'm going to have to cancel.”

Horrified by the exchange, the customer shared screenshots of the messages on Facebook, tagging DoorDash in her post.

She wrote: “DoorDash I can’t believe this happened. I feel incredibly unsafe because now this sick individual has both my phone number and my address.

“I called the customer service phone number and all they said was “He must’ve been tired.”

“And reassigned my driver. I will not be using Doordash Drivers in the future if they’re going to allow this to happen.”

Her post has since gone viral receiving almost 10,000 shares as people reached out to offer their sympathy to the terrified woman.

DoorDash later revealed that the driver in question had been sacked following the incident. 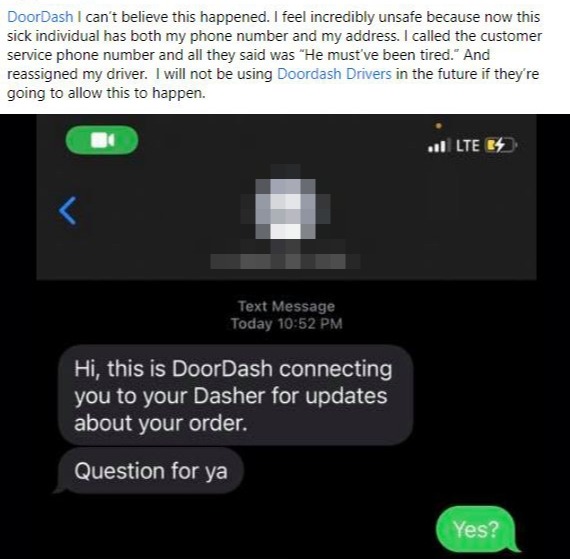 A spokesperson told Fabulous Digital: “This inappropriate and unacceptable behaviour is never tolerated on the DoorDash platform.

"The Dasher involved was immediately deactivated earlier this month when the incident occurred, and we have been in touch with the customer and fully refunded the order.

"We sincerely regret that this incident fell short of the experience we strive to provide every day.”

In other news,a woman has shared the creepy message she received from a bloke who wanted to rent her spare room.

And this woman was stunned after she texted a builder to ask why he walked out halfway through a job and received a very creepy reply.

Plus this woman slammed the 'creepy' bloke who accidentally text her.