EMBARKING ON a home transformation can be a risky business, particularly if you decide to do something more unique.

One woman has been praised for her budget makeover of her staircase after she stencilled on inspiring words – but people have spotted two typos. 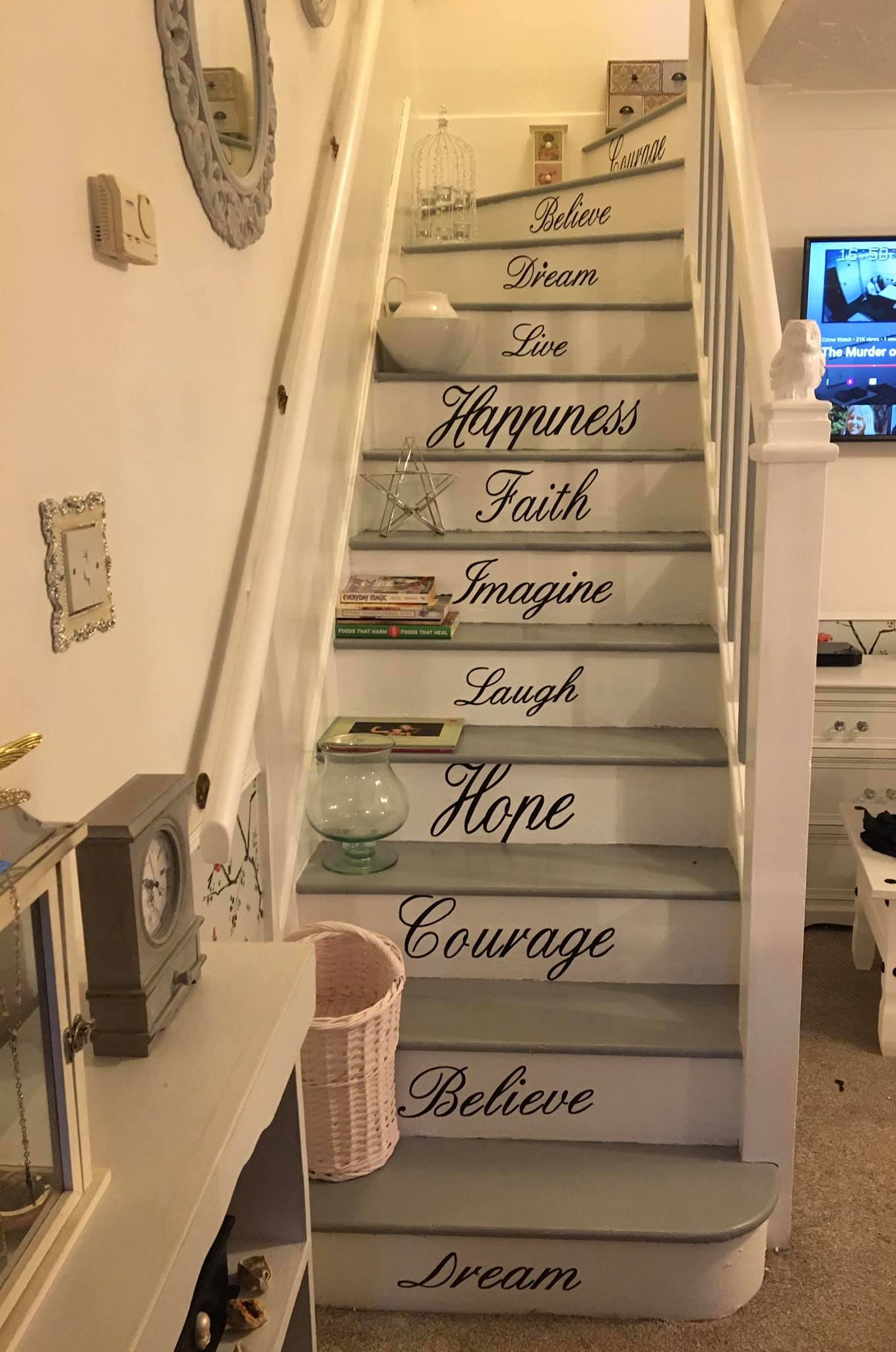 In a post on Facebook, the DIY fan called Alanna revealed how she had kept costs down when doing up her hallway.

"I got the paint for free from the app Trash Nothing and the decals from eBay. Not everyone’s cup of tea but I’m really happy with it."

She shared a snap of the staircase – painted cream and grey – which featured stencilled words, including 'Believe', 'Hope' and 'Imagine'.

Not everyone’s cup of tea but I’m really happy with it.

Her post received more than 1,000 'likes', with many people praising her efforts.

You need to take the dot off the word dream….. and add it to the word happiness, because you haven't dotted the 'i'.

However,some eagle-eyed members couldn't help but notice that there were two small typos in her handiwork.

One person pointed out: "You need to take the dot off the word 'dream'….. and add it to the word 'happiness', because you haven't dotted the 'i'."

The woman responded that she had been meaning to correct the spelling errors.

In other homeware news, we told you how a mum has spent two years watering a "beautiful" plant only to discover it's not real.

We also revealed that a thrifty mum pained a rainbow mural for her daughter after being quoted £200.

And a woman has given her kitchen a chic update using B&Q wood and an Argos nail gun.