Home » Sometime in the Near Future, Emily in Paris Goes For a Run in This $14 PrettyLittleThing Jacket 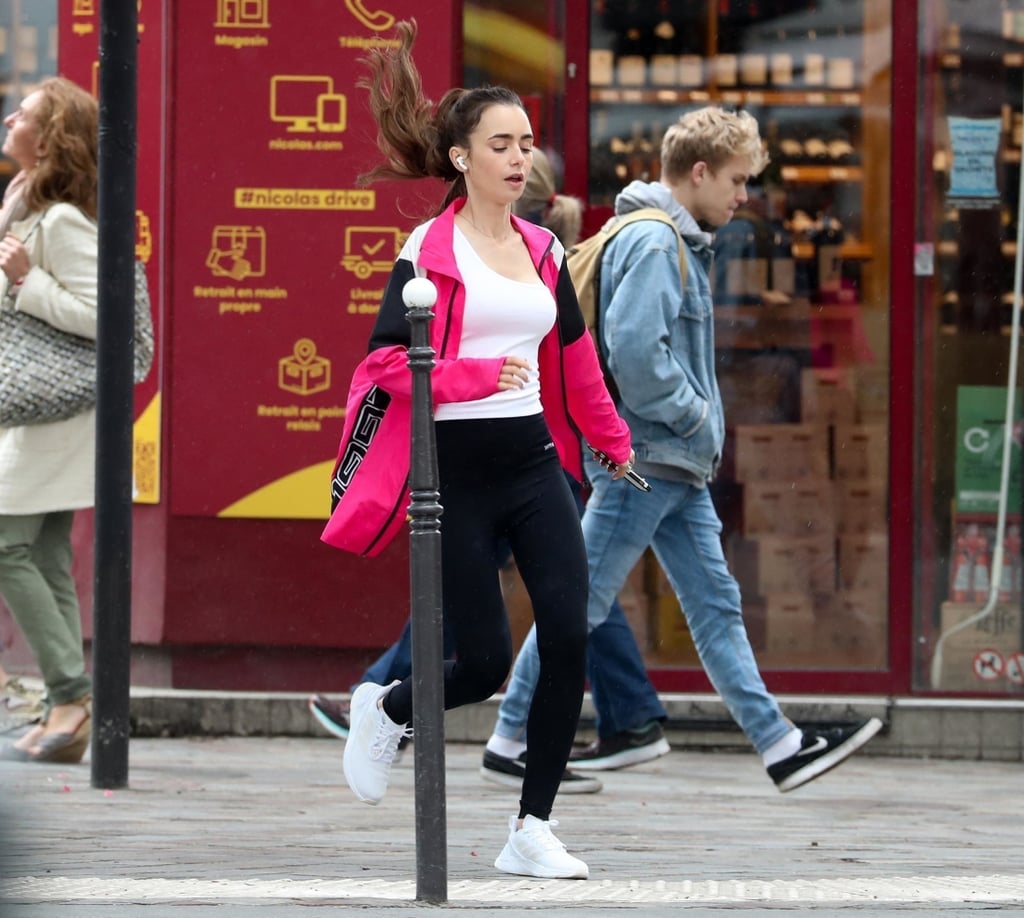 Sometime in the Near Future, Emily in Paris Goes For a Run in This $14 PrettyLittleThing Jacket

Lily Collins was spotted in Paris filming Netflix’s Emily in Paris season two, and her looks seem to be just as colorful as always. Even though she was not dressed for an eventful day at the office in this particular moment — but rather for an early-morning run, as her character is known to do — we’re sure Emily proceeded to change into some of her signature mixed prints later on. To tackle her fitness routine, Emily, or more likely costume designer Patricia Field’s wardrobe team, turned to PrettyLittleThing, the affordable brand that recently collaborated with Teyana Taylor and attracted Lizzo to one incredibly cool mesh set.

One scroll through the site, and you’ll notice that a lot of items are marked down, including this oversize nylon sports jacket in hot pink, which has “1997” printed on the side in a retro font. Lily’s character wears it over a white ribbed tank with black White Fox leggings ($60) and Adidas Ultraboosts. Though it may not be your typical jogging outfit, it is something we can definitely see Emily choosing, as she naturally stands out wherever she goes. Ahead, see a few more angles, then pick up the exact PrettyLittleThing piece (which is just $14!) or similar styles for your workout drawer.