MULTIPLE shoppers have warned about Home Bargains' wax melt burner after it appeared to go up in flames.

A video emerged online claiming to show the bargain £1.49 product burning uncontrollably, with many labelling it "dangerous". 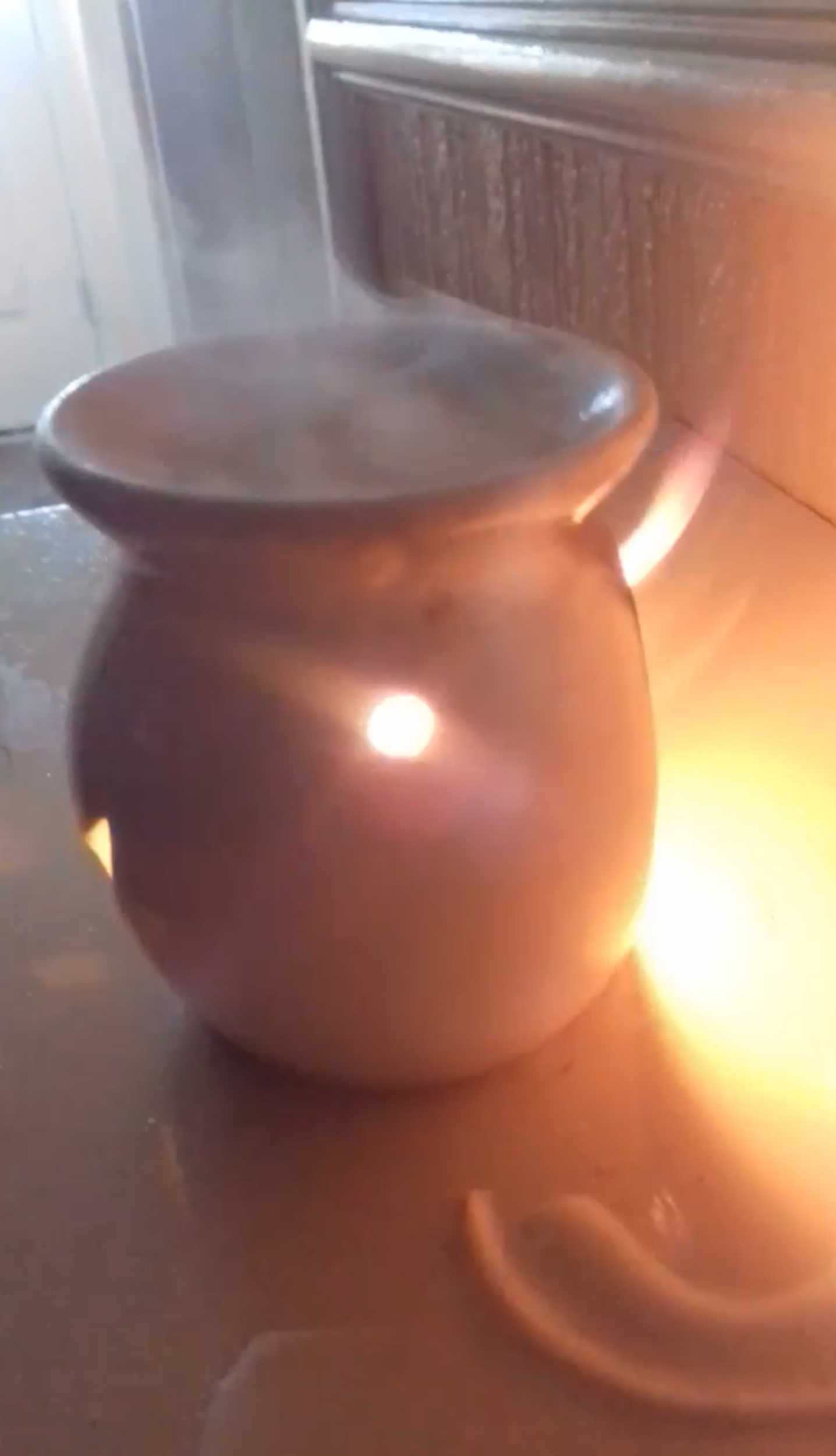 The clip, taken by two men from Crosby, Merseyside, shows them struggling to put out their blazing candle after it caught alight earlier this month

The DJ duo, known as Kev and Lee, posted the video on Facebook warning that the £1.49 burners are “dangerous”. They claim they purchased the burner from Home Bargain.

As the video begins, a candle holder is seen lit up from the inside, with smoke billowing out. 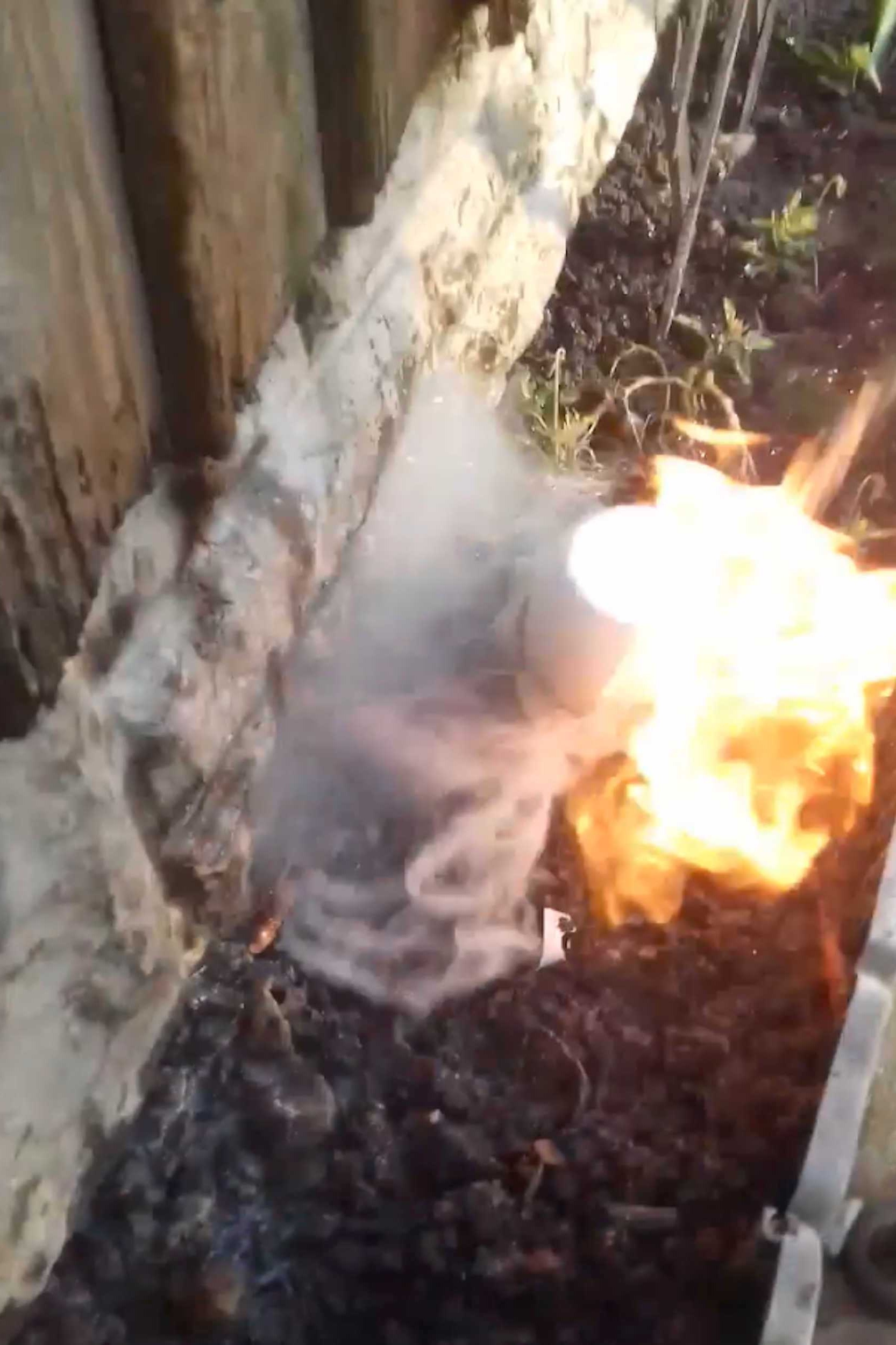 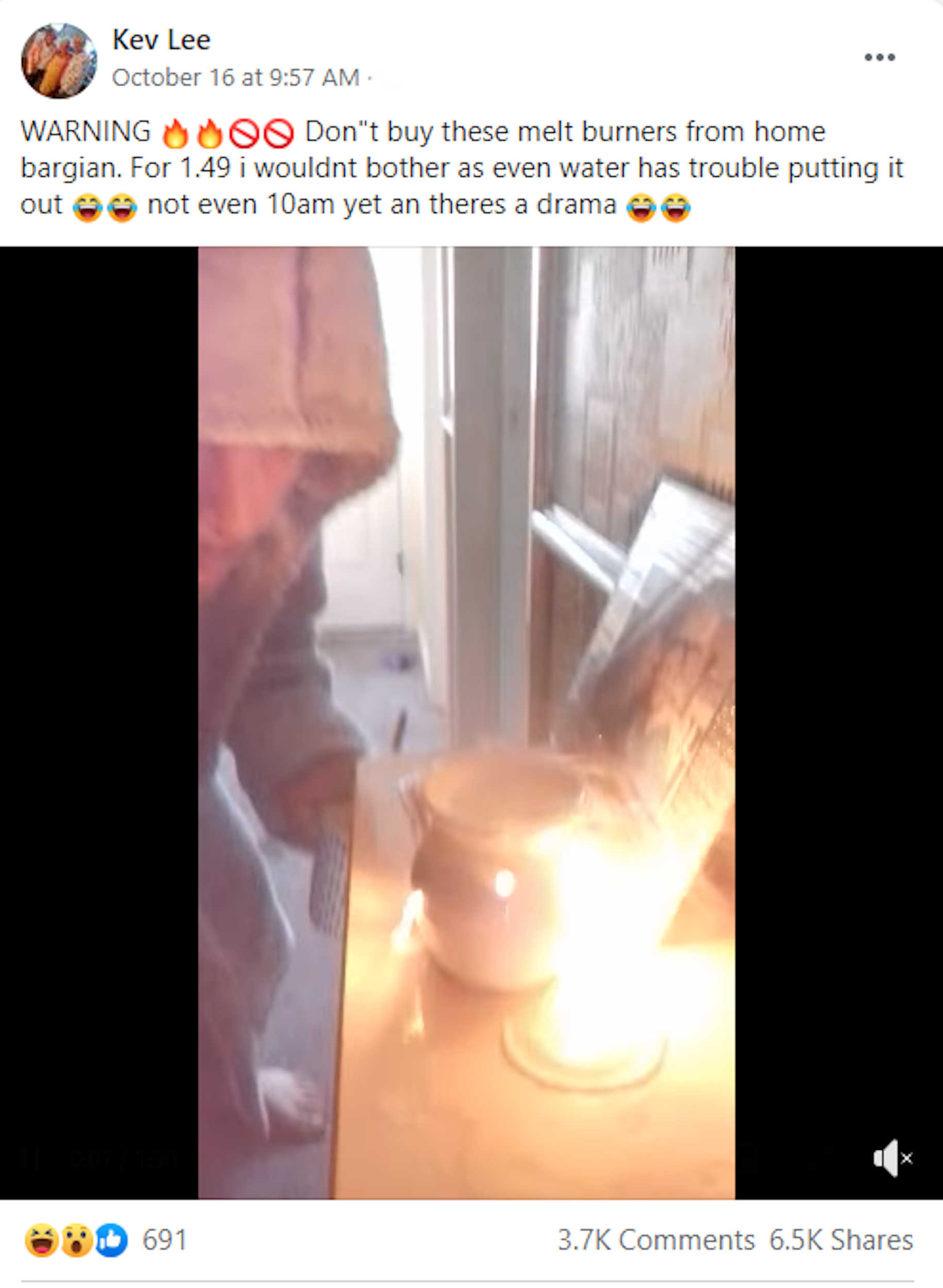 Kev is seen attempting to blow out the flame which leaps up and out of the holder, then runs get something to extinguish it as the wax melts inside crackles and burns.

Lee moves a picture frame out of the way and Kev attempts to throw a damp towel onto the flaming holder.

However, despite all attempts,it continues to burn and the men begin to shout and panic. 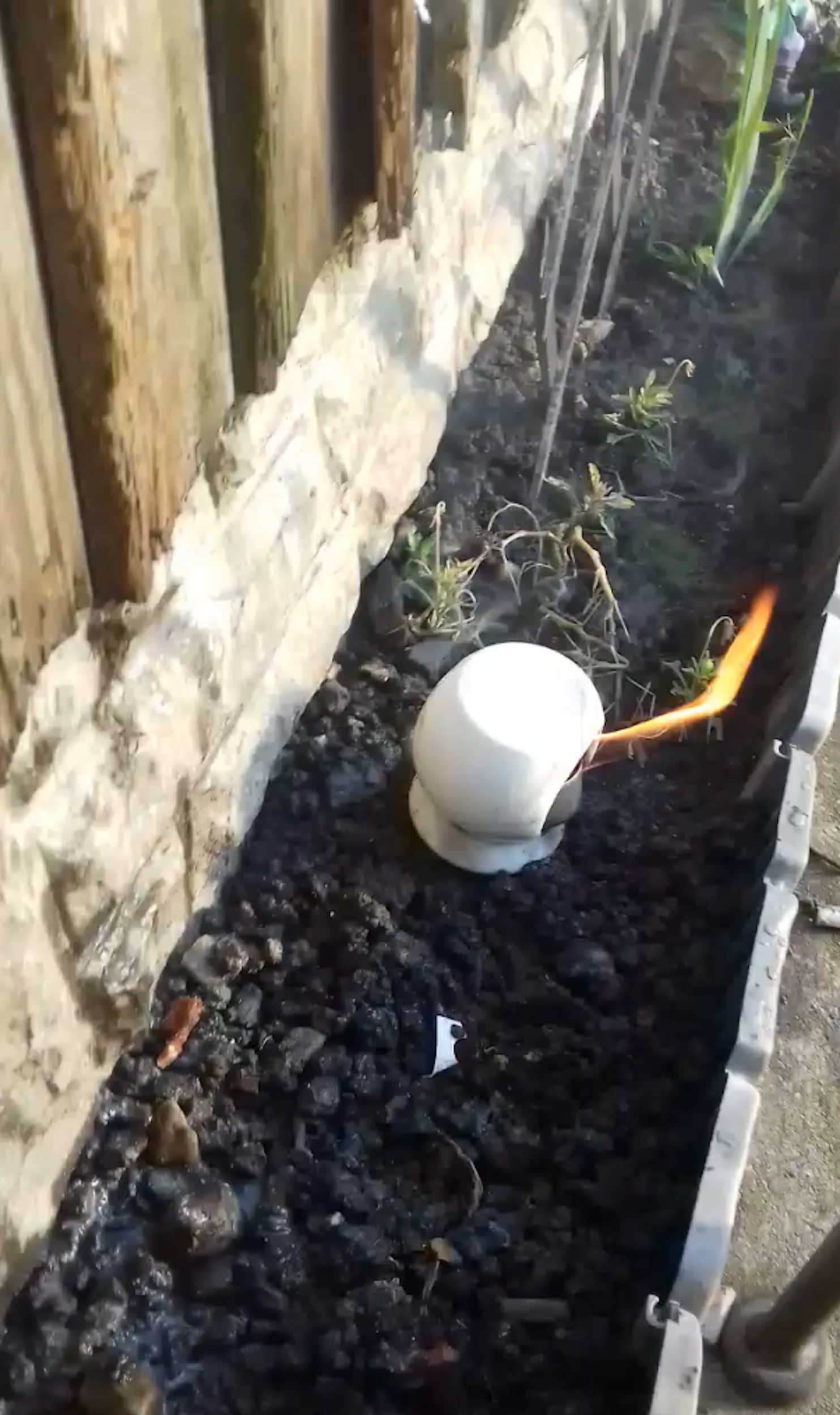 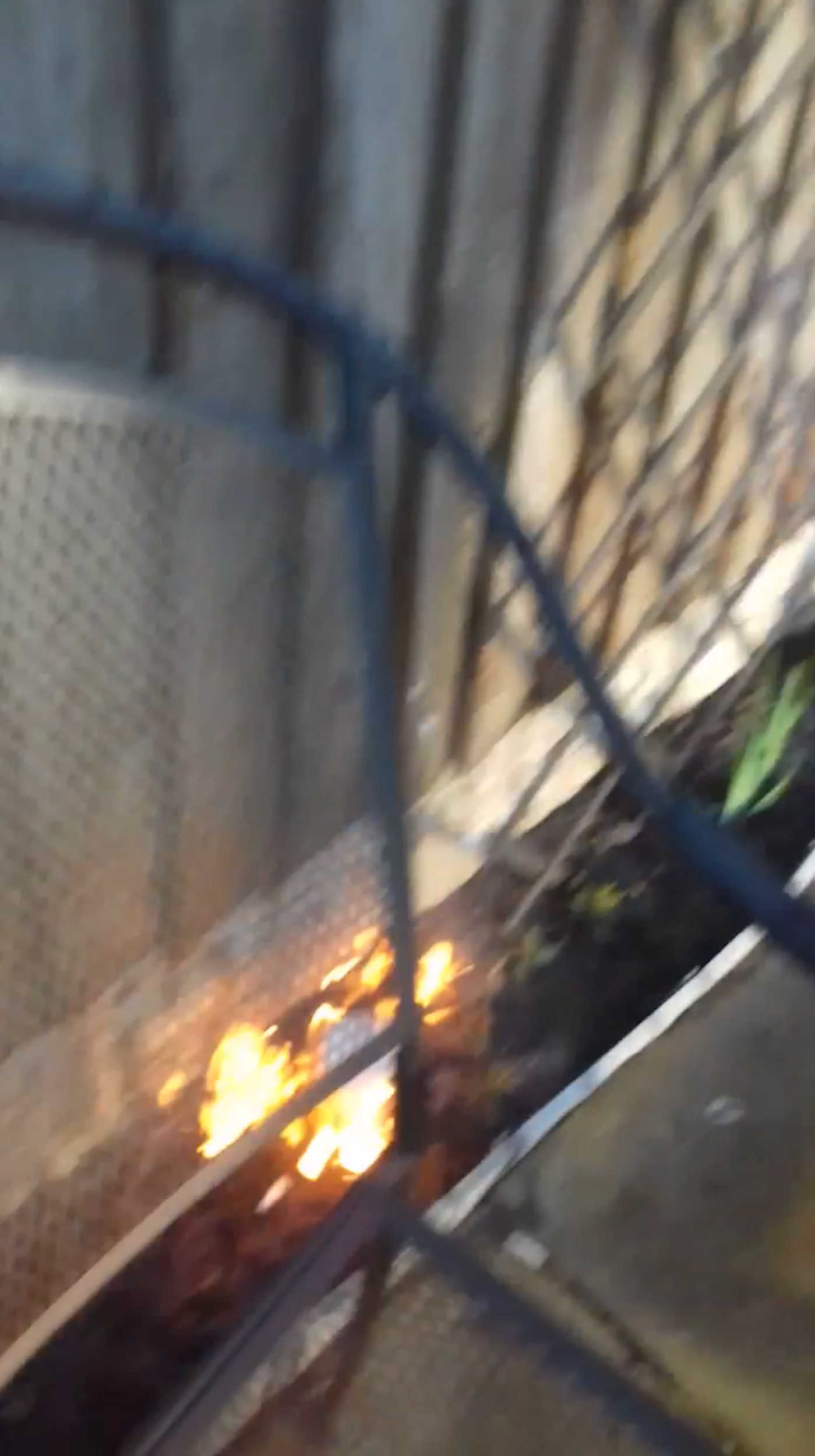 Desperate, Kev scoops up the smouldering item in a tea towel, almost knocking into Lee who lets out a yell.

He tosses the candle holder onto the ground near a wooden fence with Lee exclaiming:“Kev, put it out it’s going to f***** burn my pansies!”

But the tea light holder continues to burn and the men can be heard vowing to “never again” buy the item. 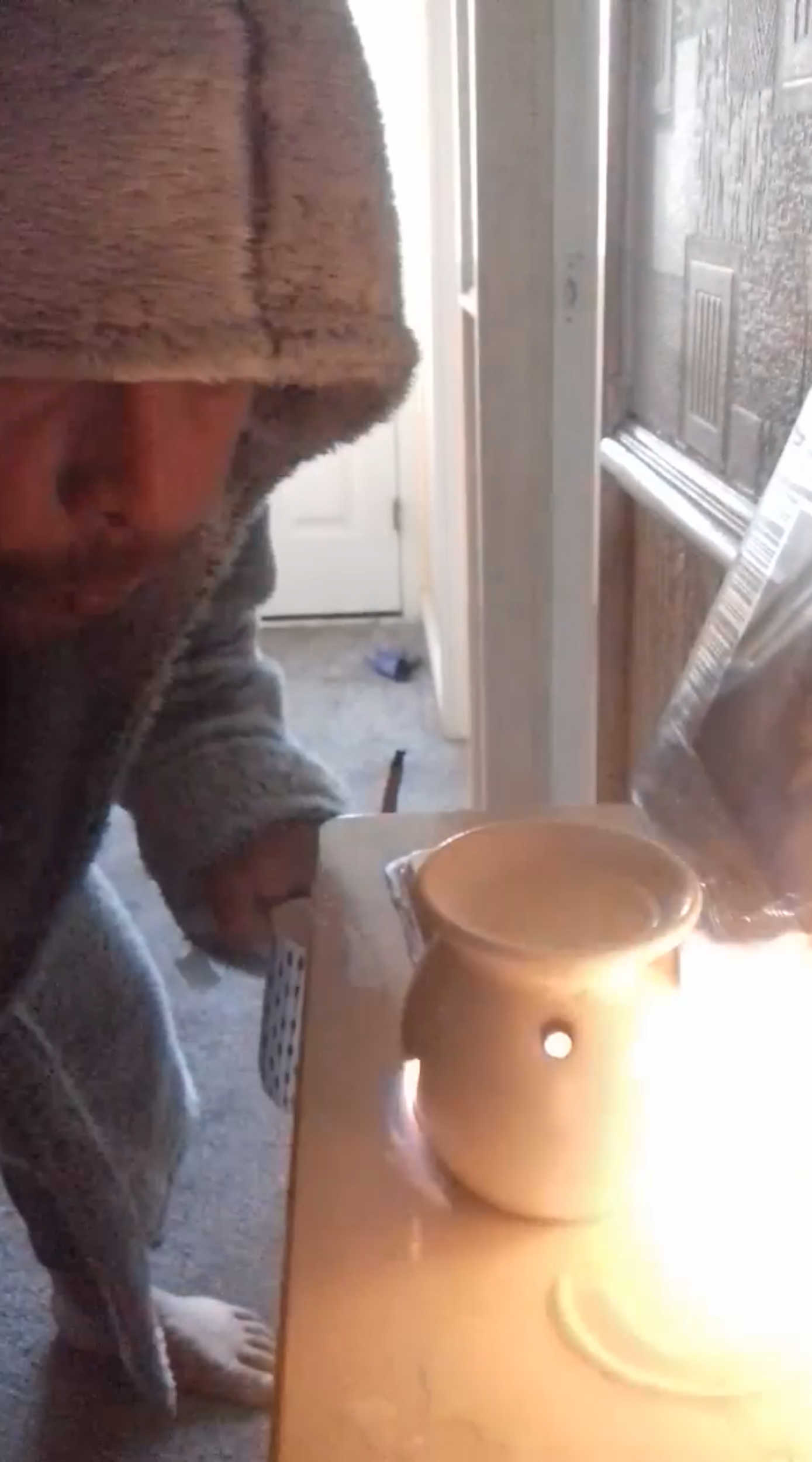 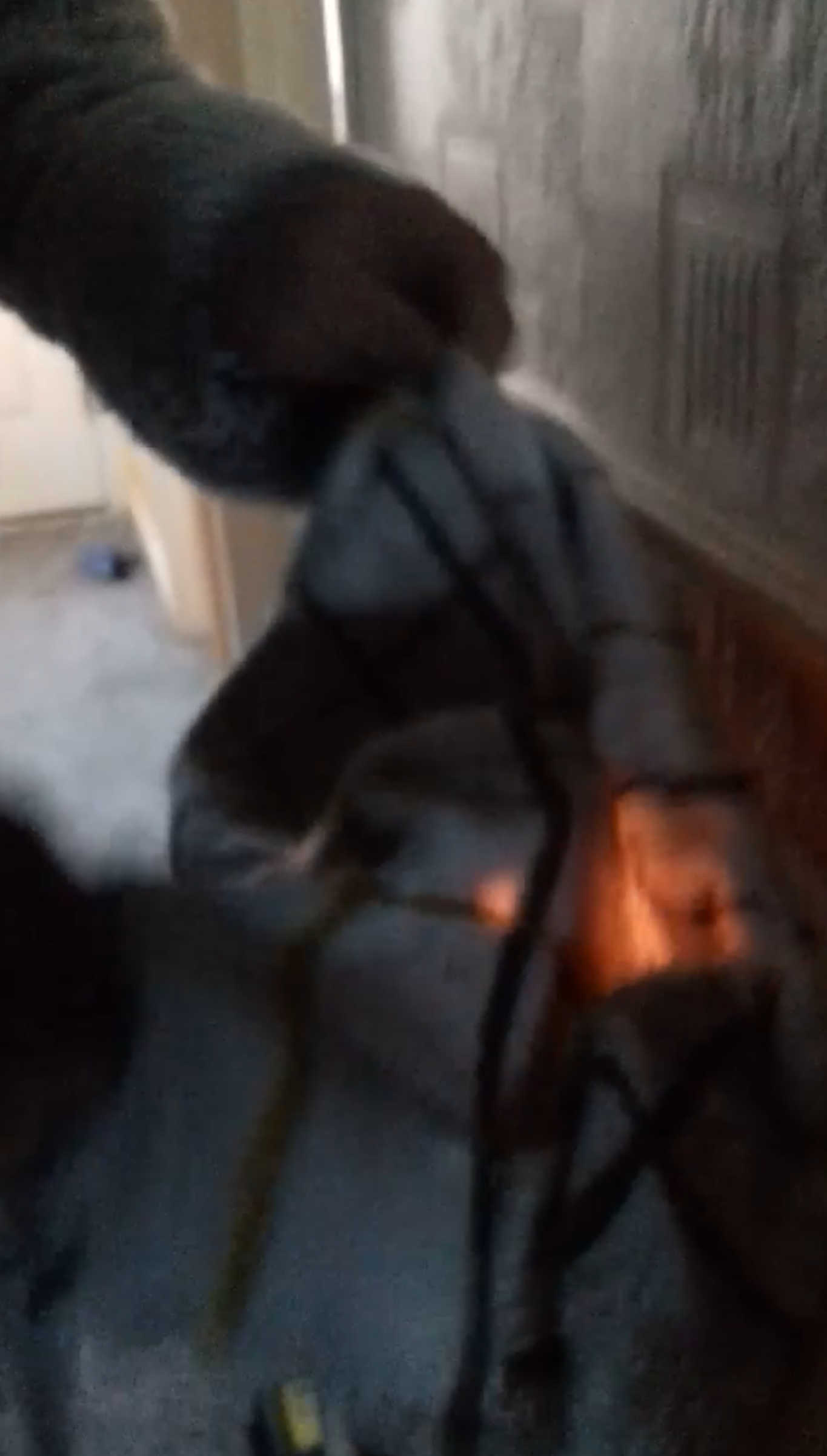 Kev then dumps a kettle full of water onto the burning product but teh flames continue for a while before eventually settling.

They shared the dramatic clip on social media shortly after the incident, saying: “Warning. Don’t buy these melt burners from Home Bargains.

The video prompted scores of other social media users to get in touch, with Ashleigh Parfitt writting: “This is what mine did.”

Charlotte Kennedy also added: “Mine was doing this the other day but not as bad.”

And Fiona Rushton shared a photo of her own charred and smashed candle holder and said: “Mine did the exact same, so dangerous!”

Speaking today, the 27-year-old added: "We used a standard tea light, lit it was burning as normal, then smelt a funny smell and it was the burner on fire. 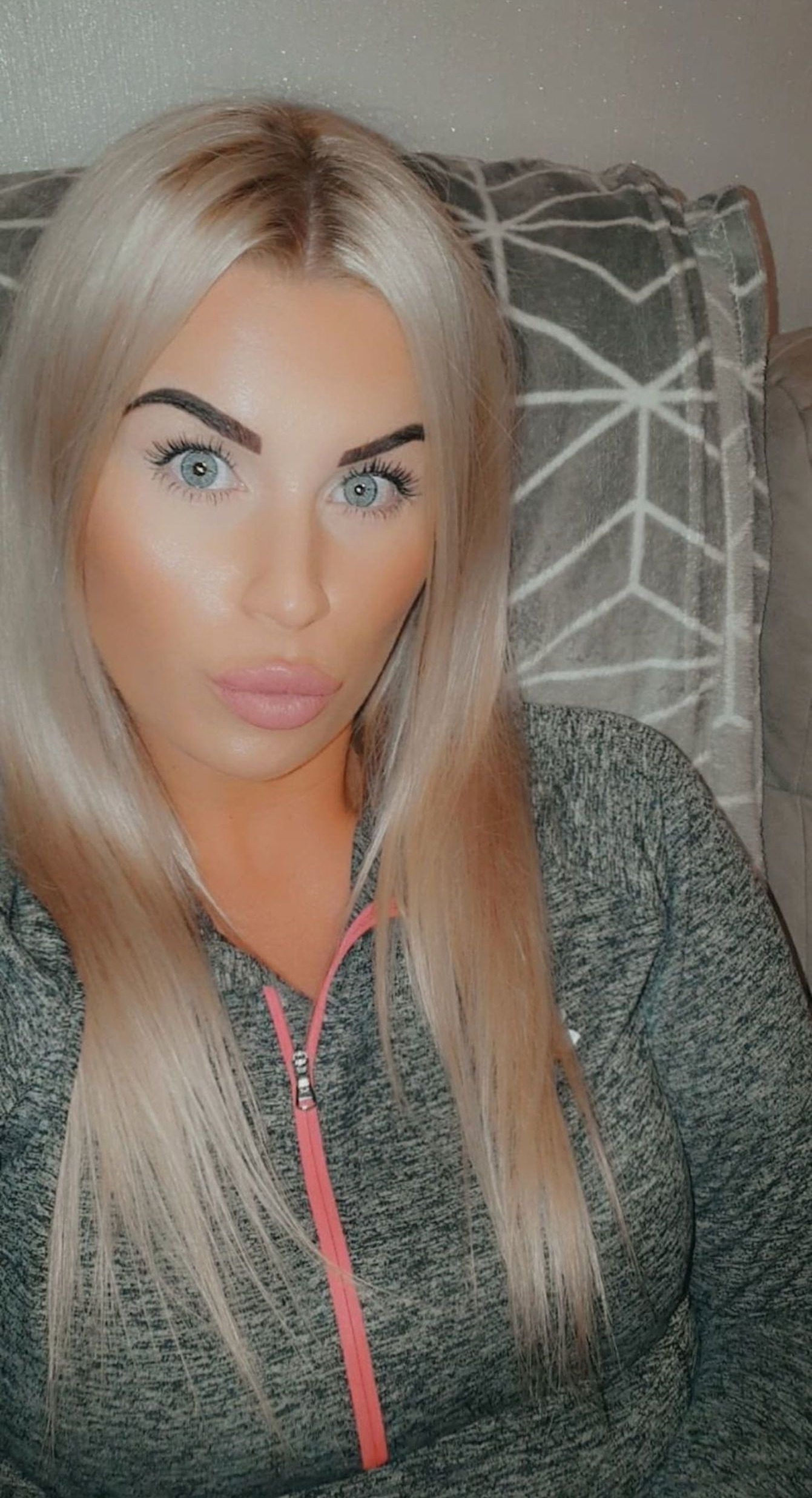 "It wouldn't blow out, it was red hot so I had to chuck it out the front door with a tea towel.

"If the front door wasn't open already, it could have ended up worse. They are extremely dangerous."

Several people pointed out that Kev and Lee might have used the wrong sized wax melt for the item.

Sheila Rodgers said: "You should have used a four hour one, not eight. Easy mistake to make, glad you're okay."

However, the duo hit back, claiming that the packaging did not state which size to use. 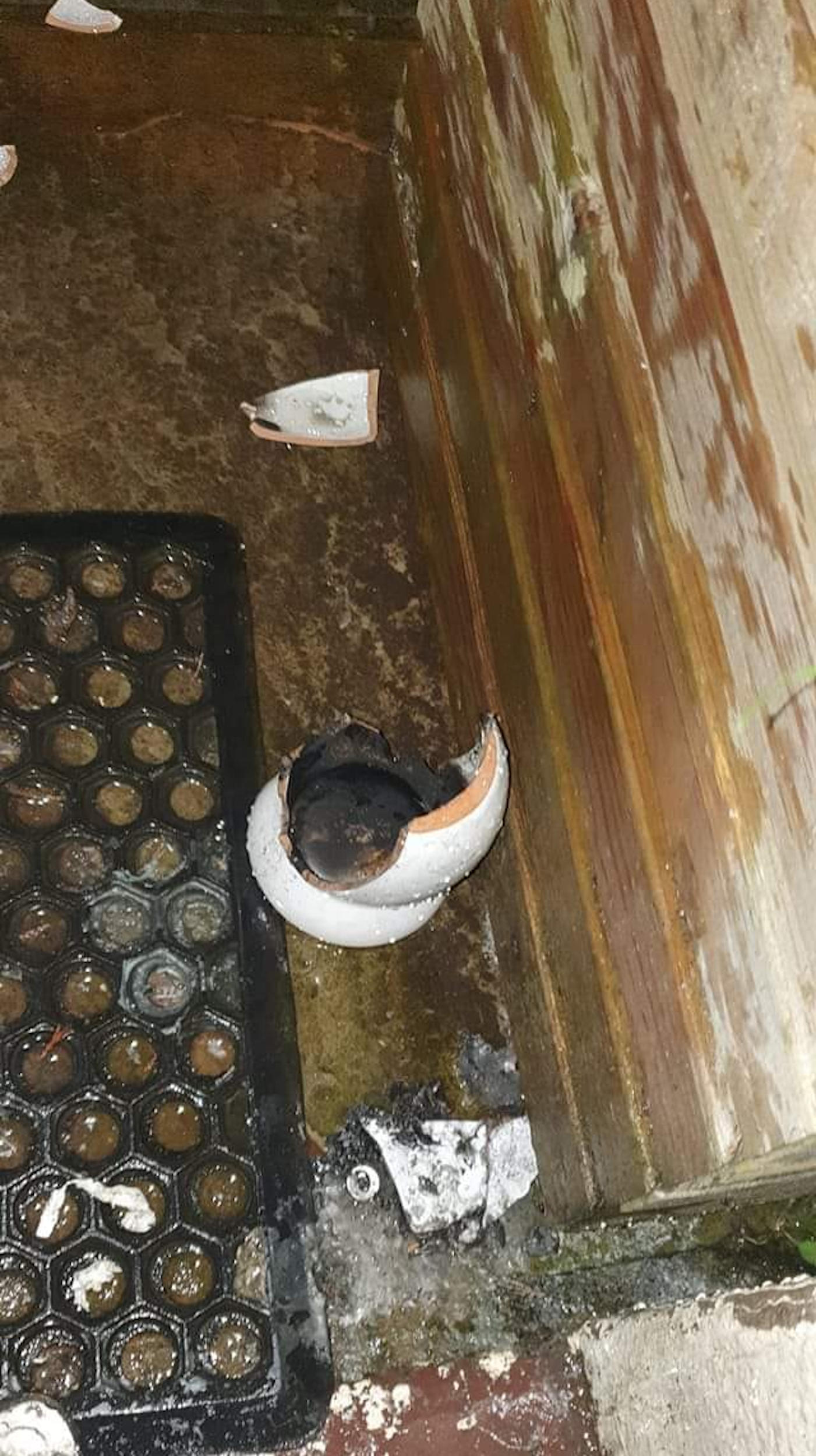 They wrote: “We are far from stupid, we have used two, four and eight hour melts in these burners which are supposed to be used with melts.

“We have never had a problem before. The candle had also been lit for under an hour.

"It would have been a different story if we were elderly or vulnerable and couldn't get out of the house."

A spokesperson from Home Bargains told Fabulous: “We are aware of a video that has been posted on Facebook, which is believed to feature a wax burner purchased from one of our stores.

"We’re currently investigating the matter and would encourage anyone with relevant information to contact our customer care team via our online help centre.”

And Home Bargains is selling an alarm which tells parents when their kids are snooping at presents under the Christmas tree.