Princess Beatrice married her beau Edoardo Mapelli Mozzi in a small, private wedding in the grounds of the royal Windsor Estate. Unlike her sister Princess Eugenie, who married Jack Brooksbank in 2018, Beatrice married away from the public eye in a ceremony thought to be attended by only 20 people. But the difference between the sizes of Beatrice and Eugenie’s ceremonies is not the only point of comparison between the two royal weddings.

Princess Eugenie married at St George’s Chapel Windsor back in 2018, with the wedding televised and watched by millions worldwide.

Eugenie wore a bespoke wedding dress for the occasion, designed by Peter Pilotto.

By royal standards, Eugenie’s grand and very public wedding fit all of the usual criteria of a traditional royal wedding.

But in comparison, Princess Beatrice’s wedding was far less traditional than the weddings of previous royal brides. 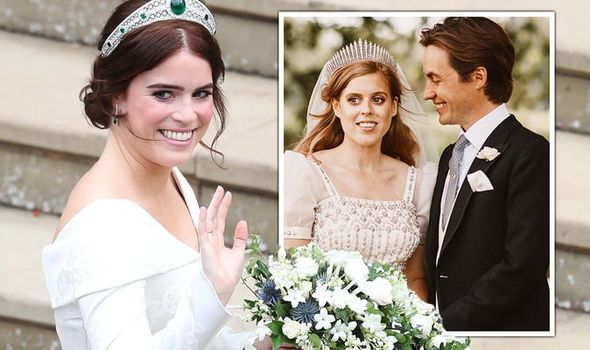 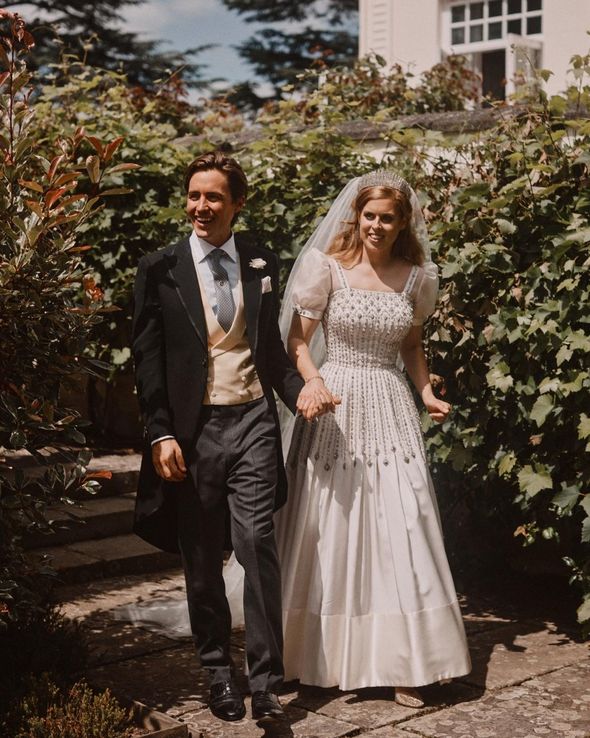 One major way Beatrice’s wedding deviated from that of previous royal weddings was her choice of wedding dress.

Beatrice said ‘I do’ in a wedding dress which was not made bespoke for her wedding.

The dress actually belonged to the Queen, but it was altered slightly for Beatrice’s big day.

Another major change Beatrice embraced, which her sister Eugenie opted not to, related to her wedding ring. 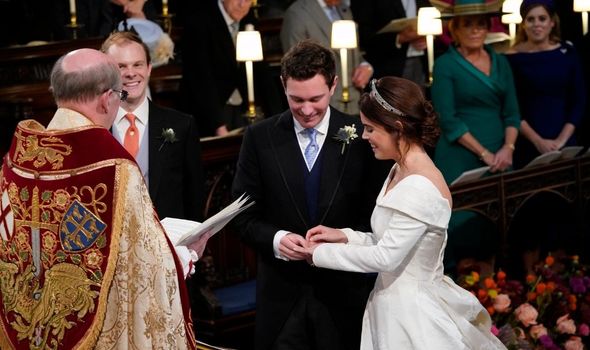 Traditionally royal brides are gifted a wedding ring by the Queen herself.

The rings are made of Welsh gold, and these rings are currently in the possession of Eugenie and other recent royal brides including Kate, Duchess of Cambridge and Meghan Markle.

However, Beatrice opted for a platinum wedding ring instead, adorned with many dazzling diamonds.

Edoardo designed the engagement and wedding rings over a series of meetings with jeweller Shaun Leane.

Mr Leane told PEOPLE: “We designed the ring in platinum because we wanted it to aesthetically match and entwine with the engagement ring.

“The rings have been made for each other and there’s a romance in that.” 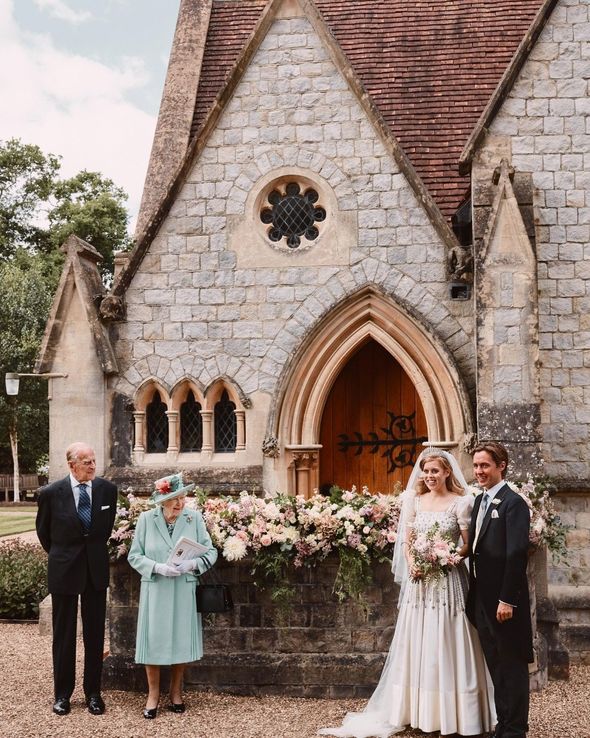 The Queen always lends royal brides a tiara from her personal collection for their big day.

As the Queen’s granddaughter, Beatrice opted to wear the Queen Mary Fringe tiara.

Being allowed to wear the tiara was a huge honour for Beatrice, as it was also the tiara the Queen wore when she married Prince Philip in 1947.

The tiara has only been worn by one other royal, the Queen’s daughter Princess Anne, when she married Captain Mark Phillips in 1973.