A PARAPLEGIC army vet has joked that women who turn him down because of his disability are missing out Blue Badge parking – and he’s won legions of fans.

TikTok user @stefpav76 has over 260,000 views for a video he made joking about the benefits of dating him. 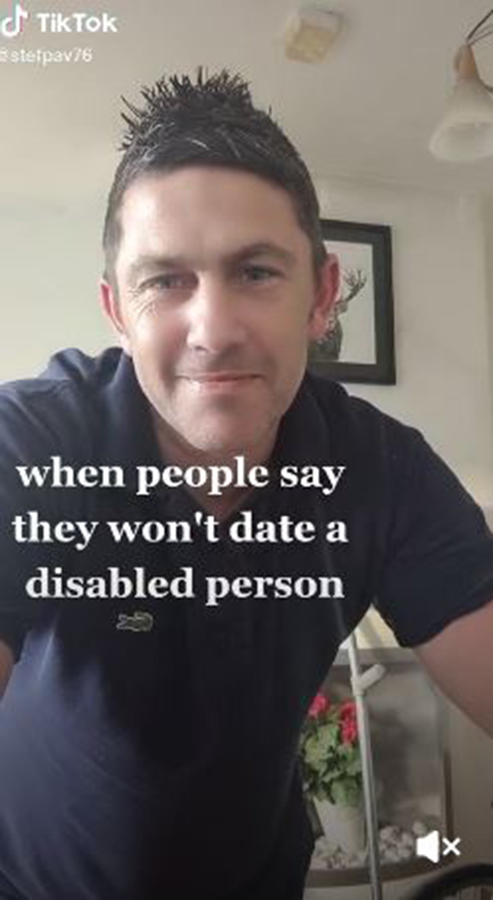 Stef flashed his badge and wrote: “When people say they won’t date a disabled person”.

The caption read: “Look at what you're missing—-free parking near the shops hahaha #fyp #veteran #foryoupage #wheelchairlife.”

Stef added in the comments that the video was just intended as a light-hearted joke, and people have left comments saying they are smitten. 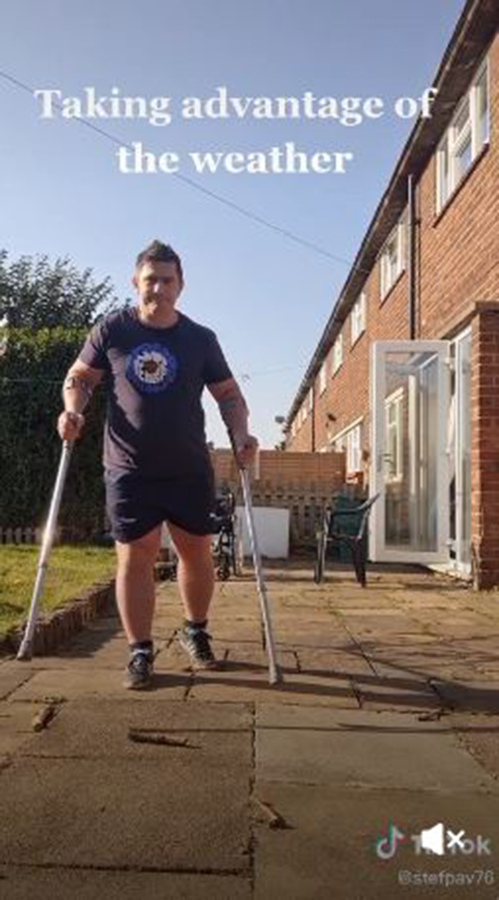 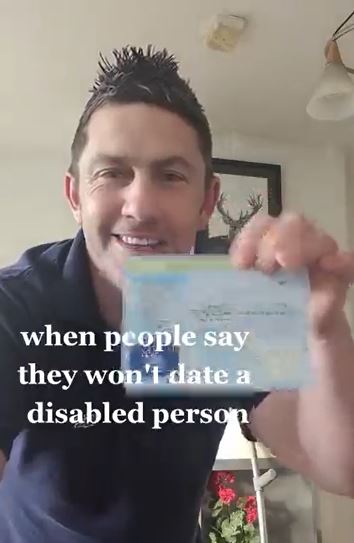 Another added: “People should take you as you are or not at all.”

A third wrote: “I was distracted by how cute you are.”

Explaining how he ended up in a wheelchair, he explained to fans: “I had a tumour removed from my spinal cord last July.

What is a Blue Badge?

The blue badge scheme was launched in 1970 and around 2.4million disabled people in England have one.

It enables them to park free of charge in pay and display bays.

They are also able to park free of charge for up to three hours on yellow lines.

They cost £10 from local authorities, and Londoners will be exempt from the Congestion Charge.

“They removed it all but unfortunately my nerves got damaged.”

Dad-of-two Stef said has no feeling from his chest to his feet, but has kept fans up-to-date with his rehabilitation journey.

He added that he didn’t get injury in his Army role, and was therefore not entitled to their financial aid.

Previously, a man was shocked as woman invites 16 people to their date like it’s ‘Love Island’.

We shared how a single woman claims you should NEVER date men in their 30s.

And a relationship expert reveals the 3 types of men you should AVOID dating.