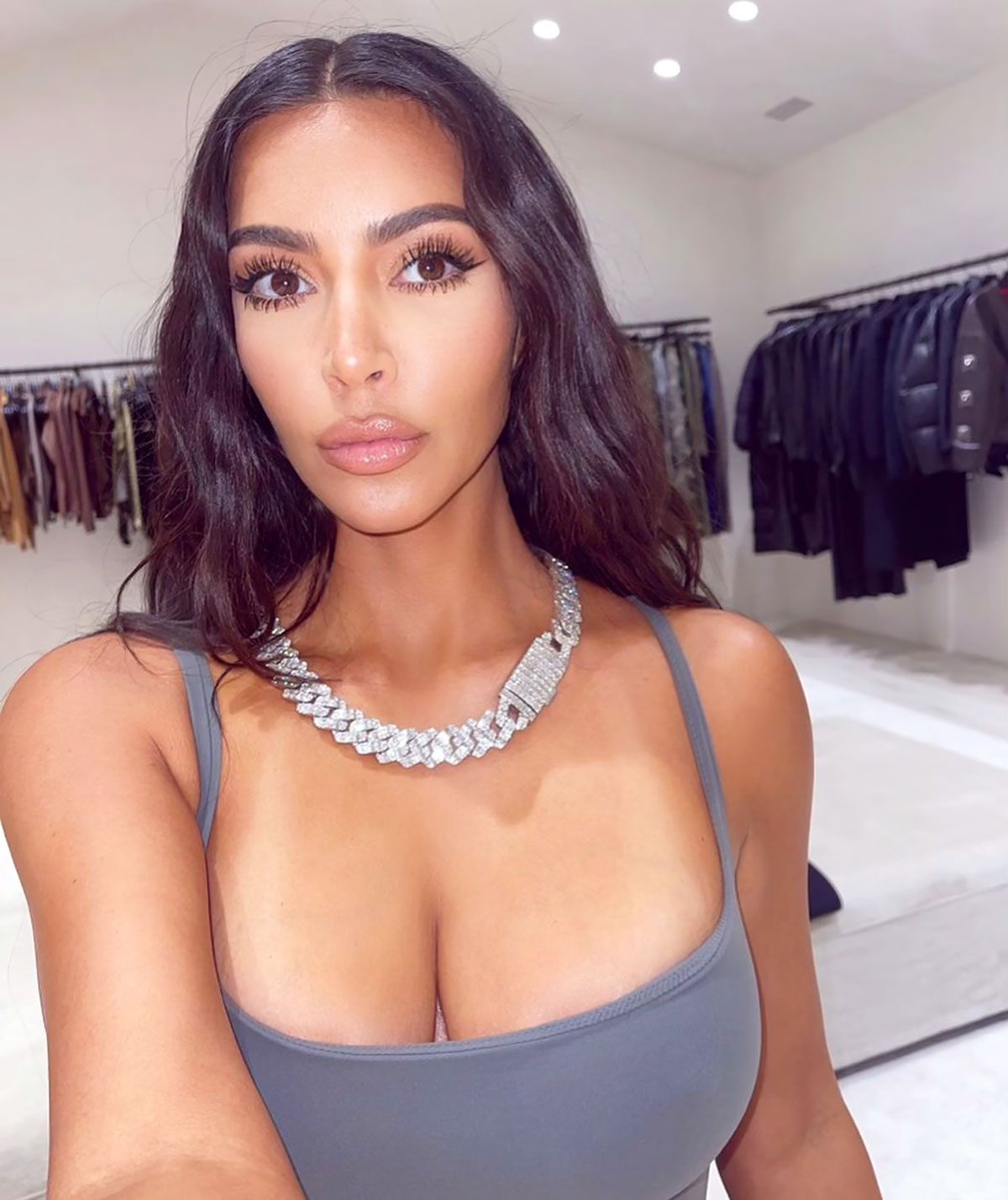 Talk about sparkle! Kim Kardashian is no stranger to glitz and glamour, but her newest necklace just brought her jewelry collection to a whole new level.

Kourtney Kardashian Pops in Hot Pink on the Ski Slopes

The reality star took to Instagram on April 13 to show off her jaw-dropping diamonds and — wow, we’re speechless! From the insane amount of shimmer to the sheer detail in the design, Stylish can confirm that this bauble was a serious splurge.

According to Kathryn Money from Brilliant Earth, the bling costs anywhere between $25,000 to $40,000 “depending on the quality and specific characteristics of the stones.”

As for the carat count? This necklace has an estimated 25 to 35 carats of pavé diamonds throughout the interlocked chain. It also features a rectangle lock to join both ends. Talk about a show stopping necklace!

The custom piece was created by Jay Feder Jewelers. The company has stores in Boca Raton, New York City and Denver.

Kardashian’s post, which was snapped in her Skims studio in her Calabasas home, quickly attracted attention from her 214 million Instagram followers.

Many pointed out that the KKW Beauty founder bears a striking resemblance to her 7-year-old daughter North West in the picture. “OMG I’m seeing North,” one person writes. Another pops in with, “You look so much like North here!”

Others were a bit more critical of the glitzy post, noting that the Keeping Up With the Kardashians star was robbed in Paris back in 2016 after posting a picture of her diamond grill.

“Did you learn nothing from your Paris robbery? So sad and shameful,” one user writes. Another adds: “I  mean didn’t you get robbed not that long ago? Why just why?”

Kardashian received similar backlash after posting a photo of her new diamond and opal grill back in March 2021 with the caption, “New opal birthstone grill alert.”

The gorgeous grill, which added tons of sparkle to her smile, covers her bottom 8 teeth and features shimmering opal stones with flecks of pink, green, yellow, blue and purple. The gemstones are outlined in pave diamonds.

Pinhasov said that the diamond pavé frame totals around $6,000, due to the quality of the stone, while the opals themselves cost nearly double that, ringing in at “around” $12,000.