STACEY Solomon has gradually built an army of loving fans by simply sharing her genius storage and organising hacks online.

Inspired by the cleaning influencer's ways,  one of her three million Instagram followers has taken things into her own hands and created an enviable pantry that is so organised, even Stacey Solomon would be impressed. 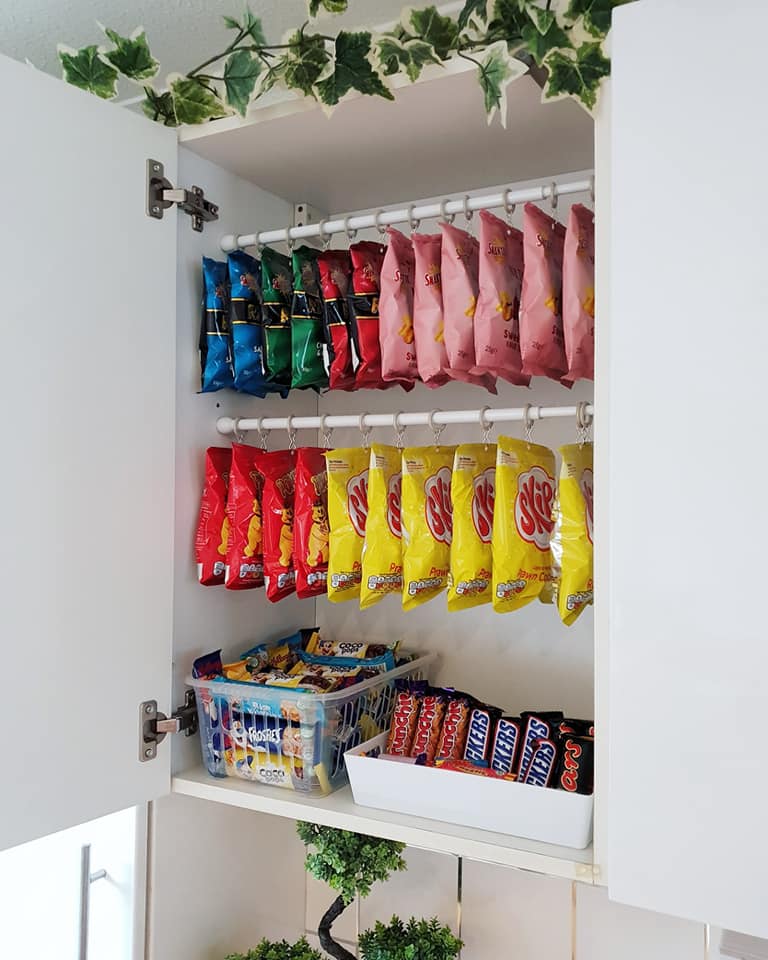 The organisation hack involves hanging individual packs of crisps from a retractable curtain rail, which are fitted inside the cupboard in two neat rows.

The woman than neatly placed two storage tubs underneath, which was home to various chocolate and snack bars.

In her post, the crafty mum said that she got the idea from Stacey Solomon, who shared the hack earlier this year –  but despite being super impressed with it herself, the woman claims her husband thinks shes "crazy". 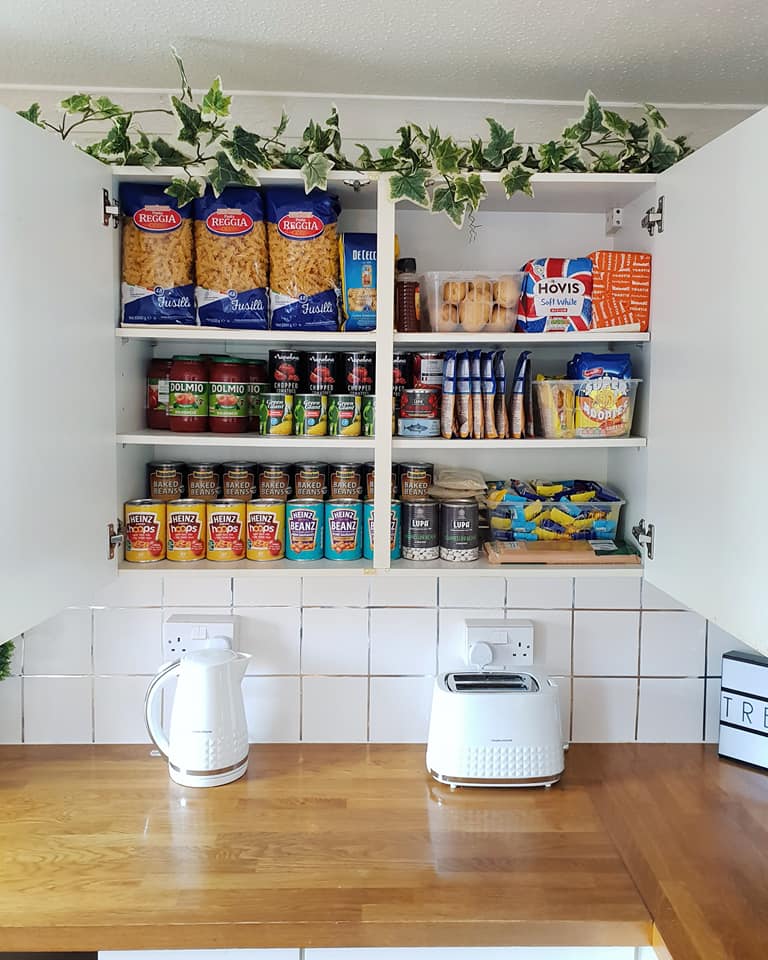 The method, though, proved popular with other storage-obsessed women who didn't hold back from acknowledging her efforts and vision.

A second photo posted separately revealed another kitchen cupboard which was used to store canned goods and various packaged items.

And while curtain rods were nowhere in sight, the pantry appeared so neat and tidy you could easily mistake it for a display home pantry.

The super organised woman captioned the photo: " I like to call this my 'just in case' cupboard."

And with a a selection as good as hers, we wouldn't mind running out of the good stuff if it meant getting a glimpse inside that beautifully presented cupboard. 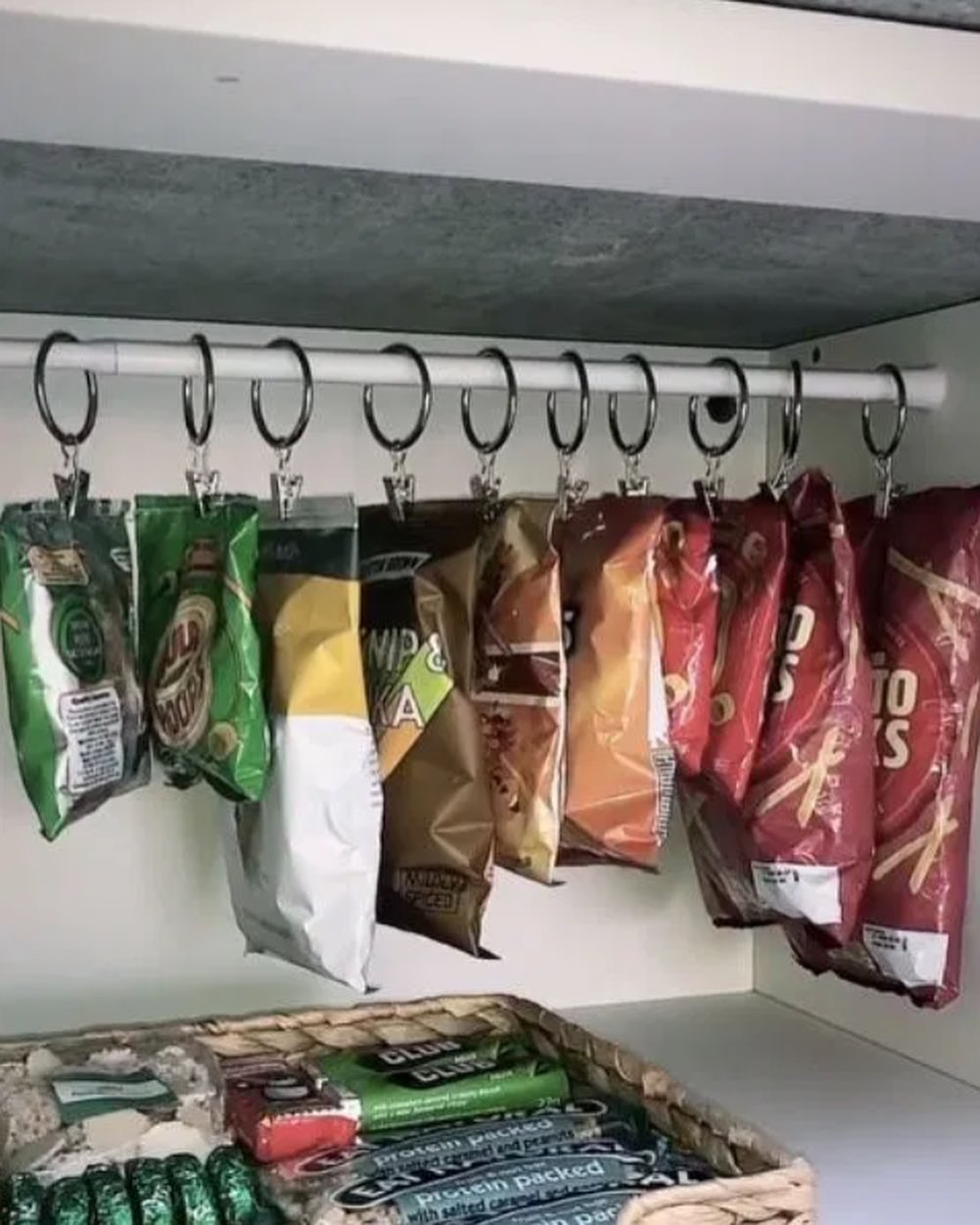 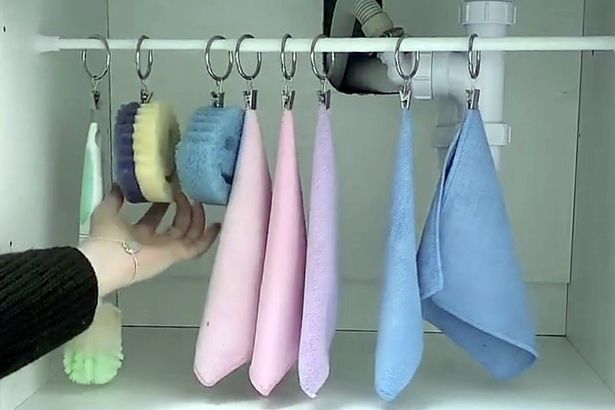 While the curtain rod method is simply genius to say the least, it's not something completely new to Stacey Solomon who has applied the same storage system a couple of times before.

Aside from the colour-coordinated pantry hack, Stacey also used the same trick to hang dish cloths under the sink – which she shared on her Instagram last month.

And, moving away from her kitchen, the star used tension rods and hooks to hang her shoes, which alowed her to showcase her impressive shoe-drobe.

The star is now considered an innovator in the world of home hacks after following in the footsteps of her pal Sophie 'Mrs Hinch' Hincliffe who, like Stacey, has an army of followers on Instagram who tune in for the clever household tips and tricks.

For more home hacks, this mum comes up with fun way to get her kids doing chores, after before fed up with them leaving clutter around.

We also shared how this mum created her son’s amazing Toy Story bedroom using bargains from Etsy and eBay.

And one mum shares homemade ‘Kinder Egg’ hack using toys her kids already own – and is labelled a ‘queen’ for the crafty move.