WHILE it might be super tempting to scream and yell when your toddler throws a tantrum, one mum has shown how a gentle approach can instantly diffuse the situation.

Mum-of-two Kayla shared her toddler-training method on TikTok where itworked like a charm – and she's been hailed a lifesaver by other parents. 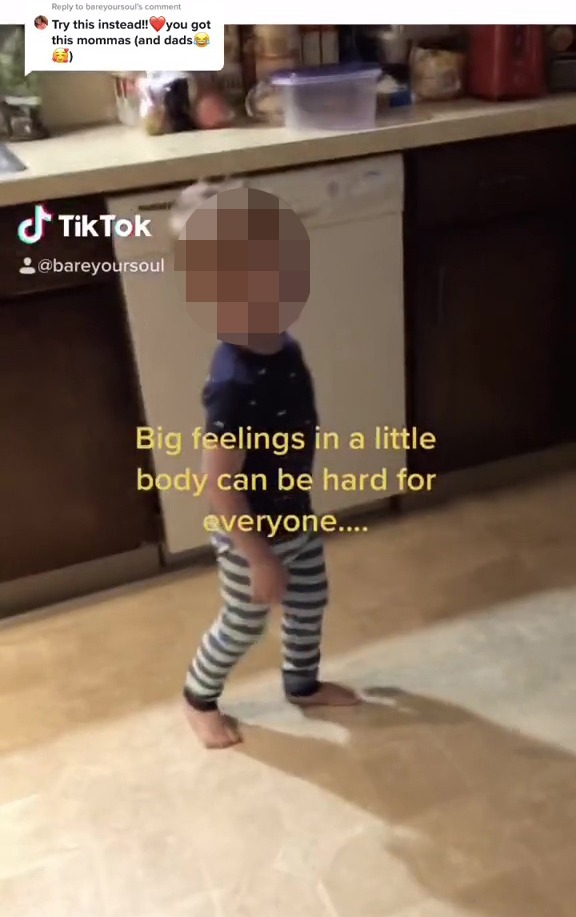 "Big feelings in a little body can be hard for everyone…" she writes in the on-screen caption as her two-year-old boy begins to get upset.

Ever so calmly, Kayla gets the young tot to sit down on the ground and take a few deep breaths to help him calm down.

"Tantrums are tough… and I wanted a way to help him through them so we could find solutions together," the caption says.

"When he turned two, I started doing this with him to help him work through it." 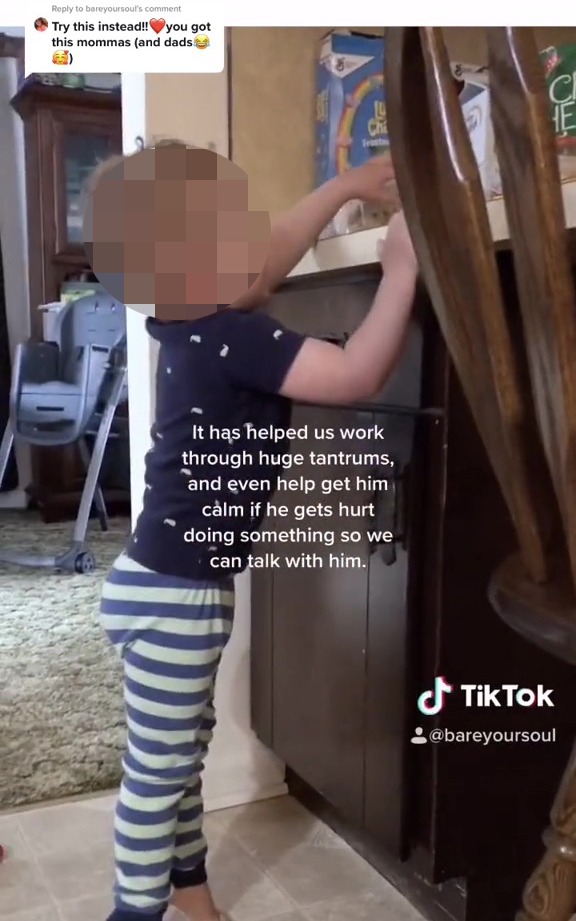 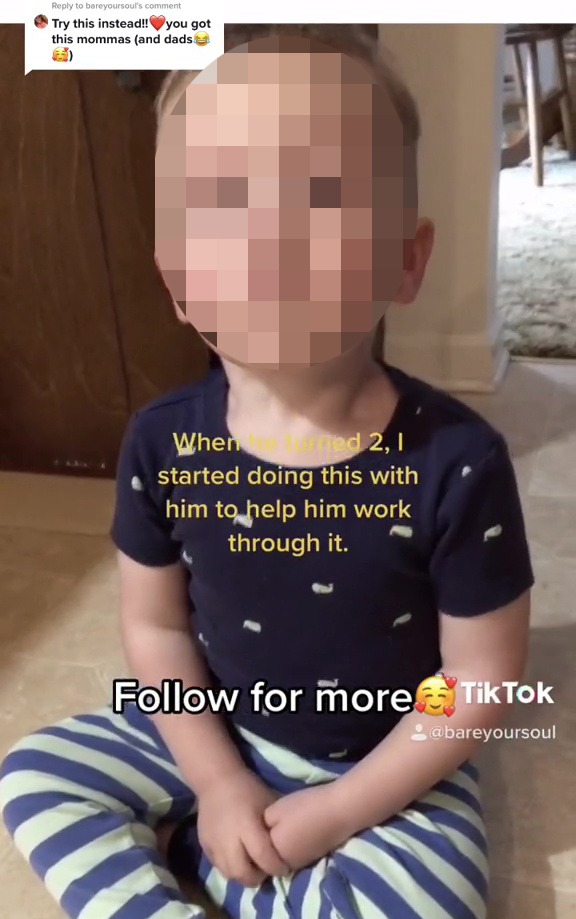 "One more," says Kayla, encouraging her son to take another deep breath before telling him to "shake it off" and use his "listening ears."

Then she asks him what's wrong and he repeats his request – the one which presumably caused the tantrum to begin with.

"We get really excited together when we are able to figure out what the problem was and fix it!" the caption says.

She then gets him to take another deep breath in before giving the tot what he asked for – but only once he's calm enough to verbalise what he wants. 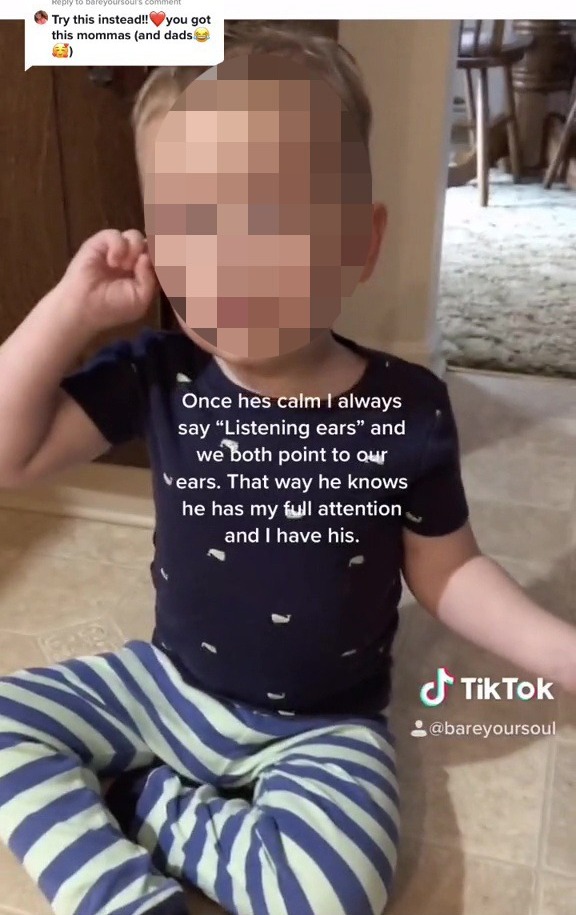 The clip unfolded like magic on the screens of many as parents praise Kayla for her gentle approach and patience.

"I love this technique," commented one person. "I would definitely try it on my son who will be turning five yrs old next week. He has severe tantrums."

Another added: "Oh my goodness he is so smart and you are such a good mommy."

A third chimed: "Mine needs a hug and then communicates with gestures until the words come out.Works like a charm!"

A few others said they use the same technique on their own kids and agree it works a treat.

Plus this mum documents hilarious reasons for her toddler’s meltdowns from hating new book to running out of cutlery to put away.

And this mum finds secret note hidden under her son’s bed – and she doesn’t know whether to laugh or cry.

Meanwhile, Mum shares genius hack to get toddler to sleep in his own bed – but it left her partner terrified.