Footage from the 2018 event, celebrating Prince Charles’ 70th birthday, shows the couple leaving the gathering soon after Prince Harry, 35, chatted with his father. 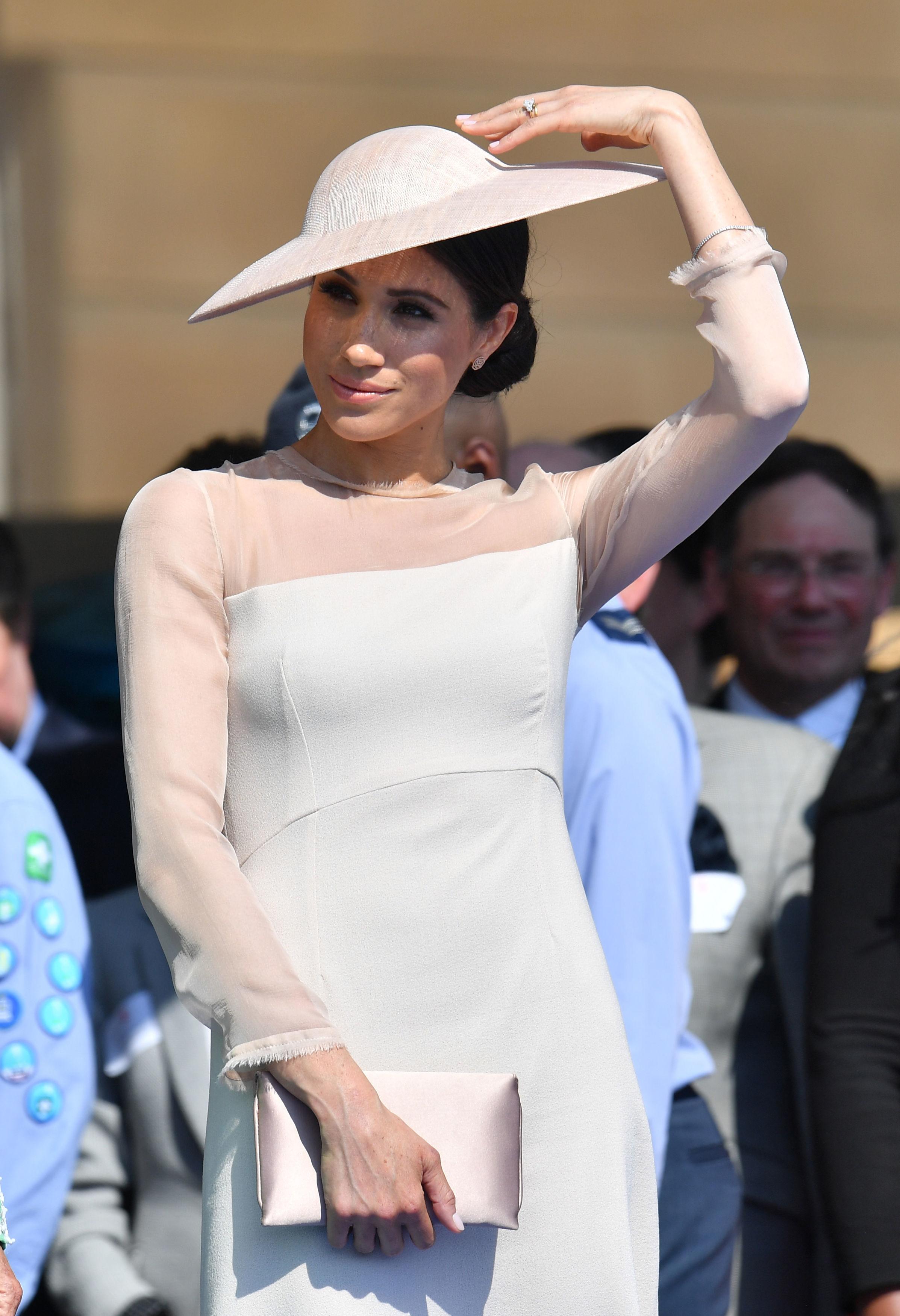 But after analysing their body language, a lip-reading expert has claimed there wasn’t any hostility between the parties, and the couples said they’d ‘catch up’ later after 'polite' goodbyes.

The Mail reported Prince Charles as saying “we are going now, we have to leave,” before Prince Harry replies “you go ahead”.

And the expert stated: “Camilla definitely didn’t say anything of any angst towards Meghan.” 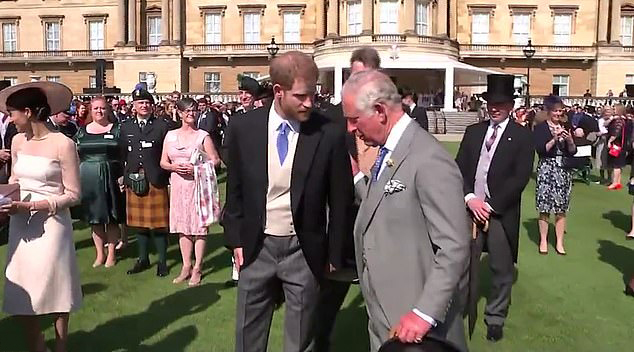 The party, held at Buckingham Palace, was Meghan’s first royal event, and when Lady Colin Campbell claims she first fell out with the royal family.

Lady C, whose tell-all book, Meghan and Harry: The Real Story, is being released later this month, claims Meghan made a faux pas at the party, attended by 6,000 people.

She wrote: “They plunged in, glad-handing those who had been selected for introductions. She charmed everyone. 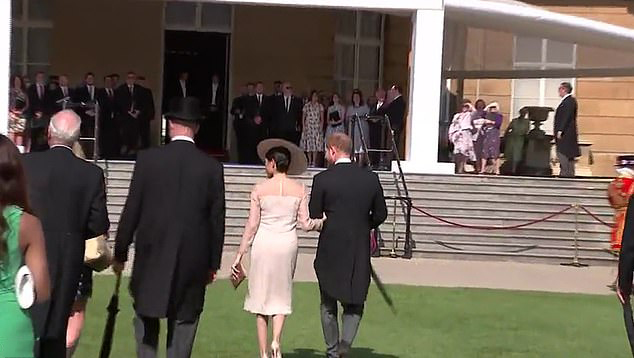 “Fifteen minutes into the event, she turned to Harry and said, 'Harry, this is really boring. Let's leave.''

“To his credit, he informed her they would have to stay. 'But Harry, this is so boring. We've done our bit. Everyone knows we've been here. Let's go.''

She claimed that Meghan’s ‘desire to bolt’ was a talking point for days afterwards. 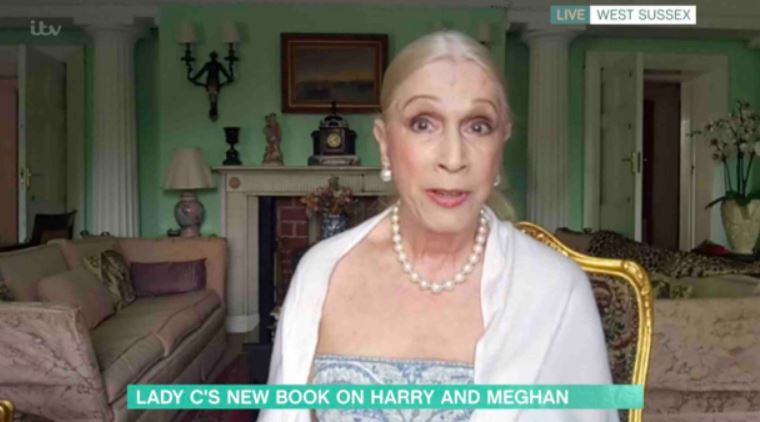 Footage of the moment Prince Harry is allegedly asked to leave has been circulating on social media amid Lady C’s accusations.

The clip shows the parents of Archie, one, chatting with well-wishers, when what appears to be a royal staff member pulls Prince Harry aside, gesturing his father wants a word.

Prince Harry chats to Prince Charles, who puts his hand on his shoulder and briefly speaks to him before turning away, as the dad-of-one makes a gesture with his right hand. 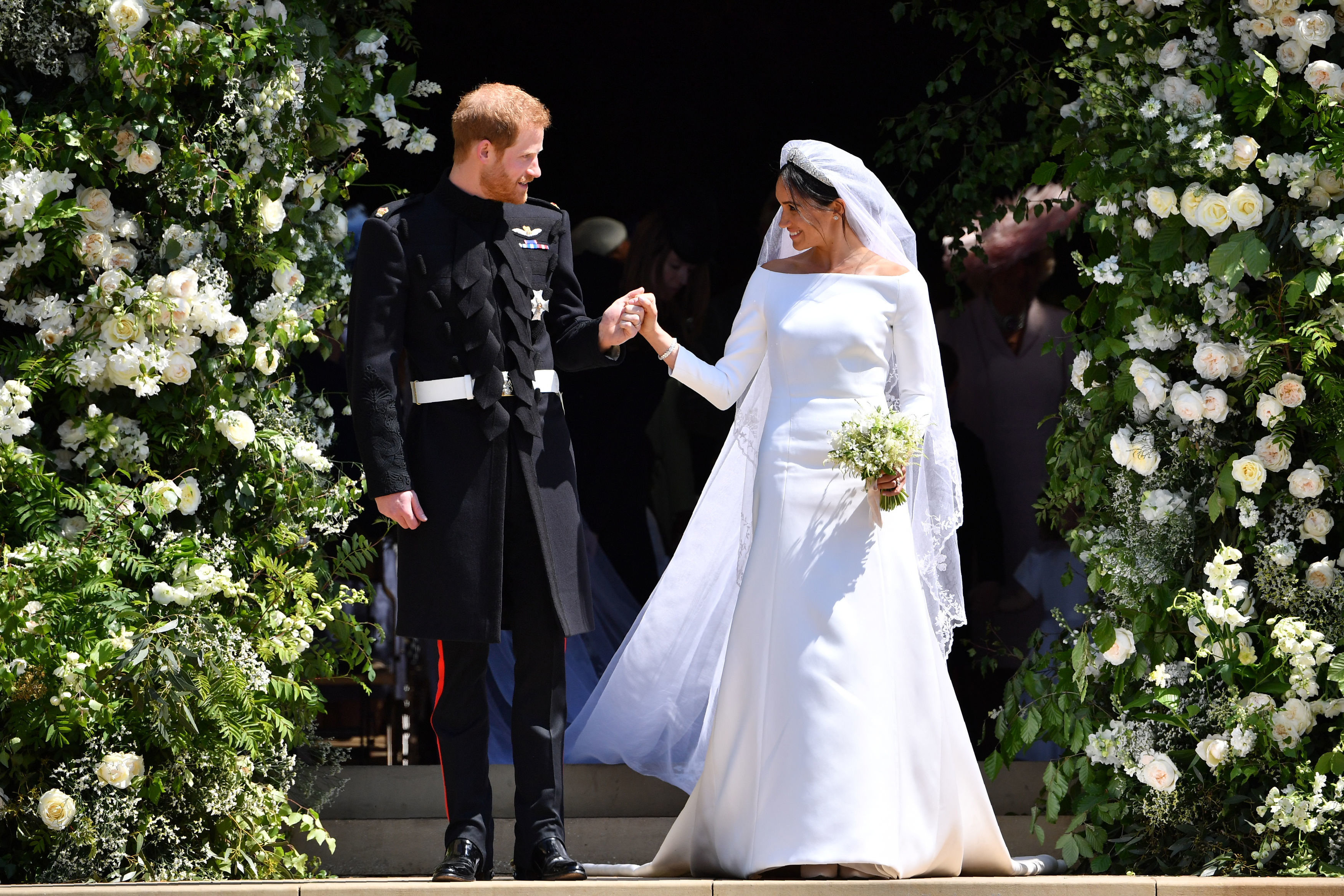 Camilla, Duchess of Cornwall, then joins Prince Harry, as does Meghan, and the trio say their goodbyes, with Camilla giving her new daughter-in-law a peck on the cheek.

The Sussexes turn to leave, with Meghan handing an aide a present she was given, before the couple walk away arm in arm.

But despite the apparently warm goodbyes between the couples, royal fans aren't convinced. 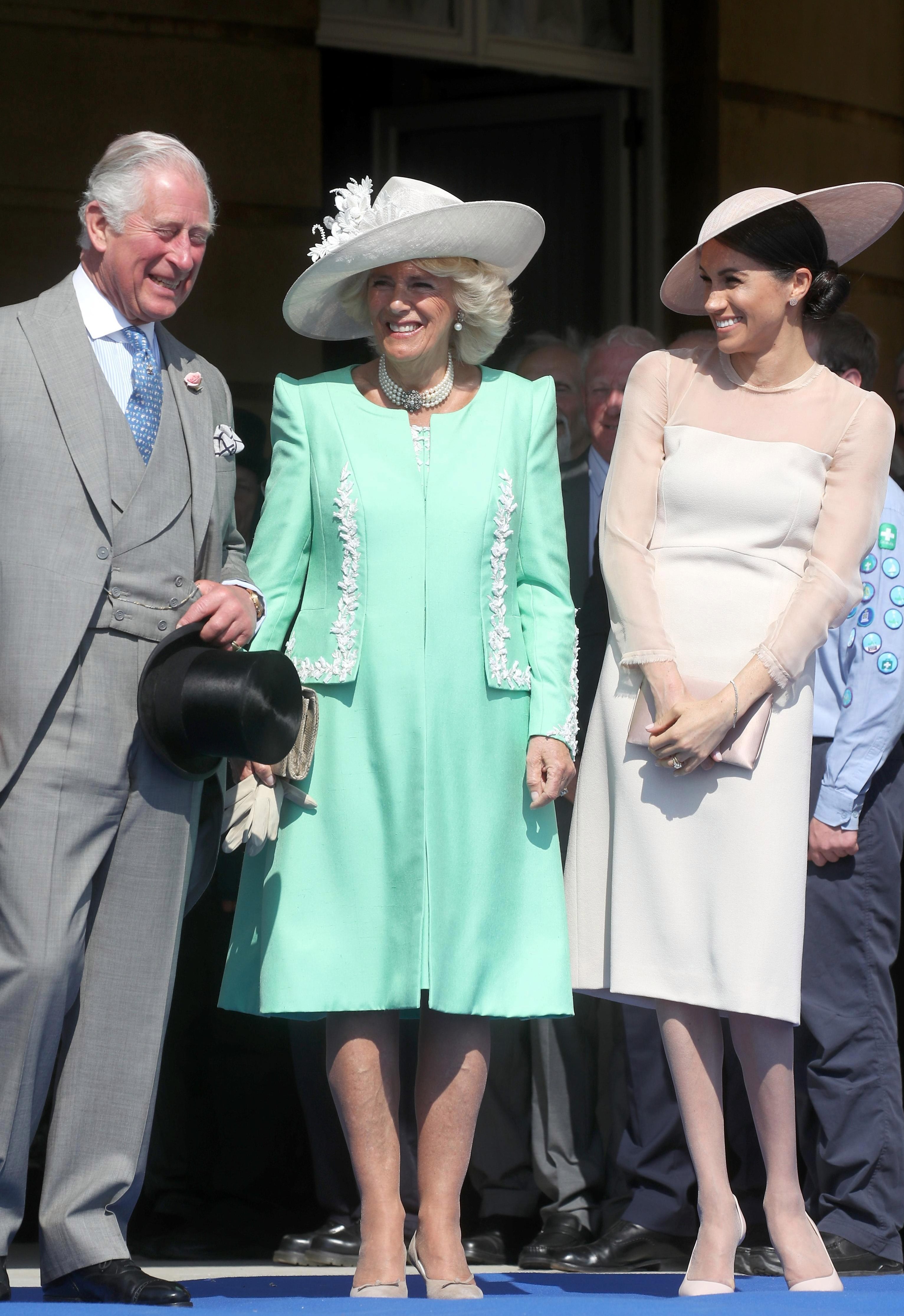 Commenting on the video on Twitter, one person said: "Looks like Charles tells Harry to leave, Charles doesn’t say goodbye to meg."

Someone else wrote: "Definitely told to leave."

While a third wrote: "I don’t believe that she got bored and wanted to leave as alleged in Lady CCs book. They were making a meal of it and were told to go."

Meanwhile it's been claimed Meghan Markle and Prince Harry ‘will never get the privacy they crave’.

And Meghan Markle described Kate Middleton as ‘wonderful’ after their first meeting.