AN avid Lidl shopper is so obsessed with the supermarket he has an entire wardrobe of store-branded clothes he wears in public – much to the embarrassment of his girlfriend.

Josh Smith, 24, is obsessed with the supermarket's versatile products and owns branded clothes including a festive jumper, socks, two pairs of trainers and two pairs of sliders. 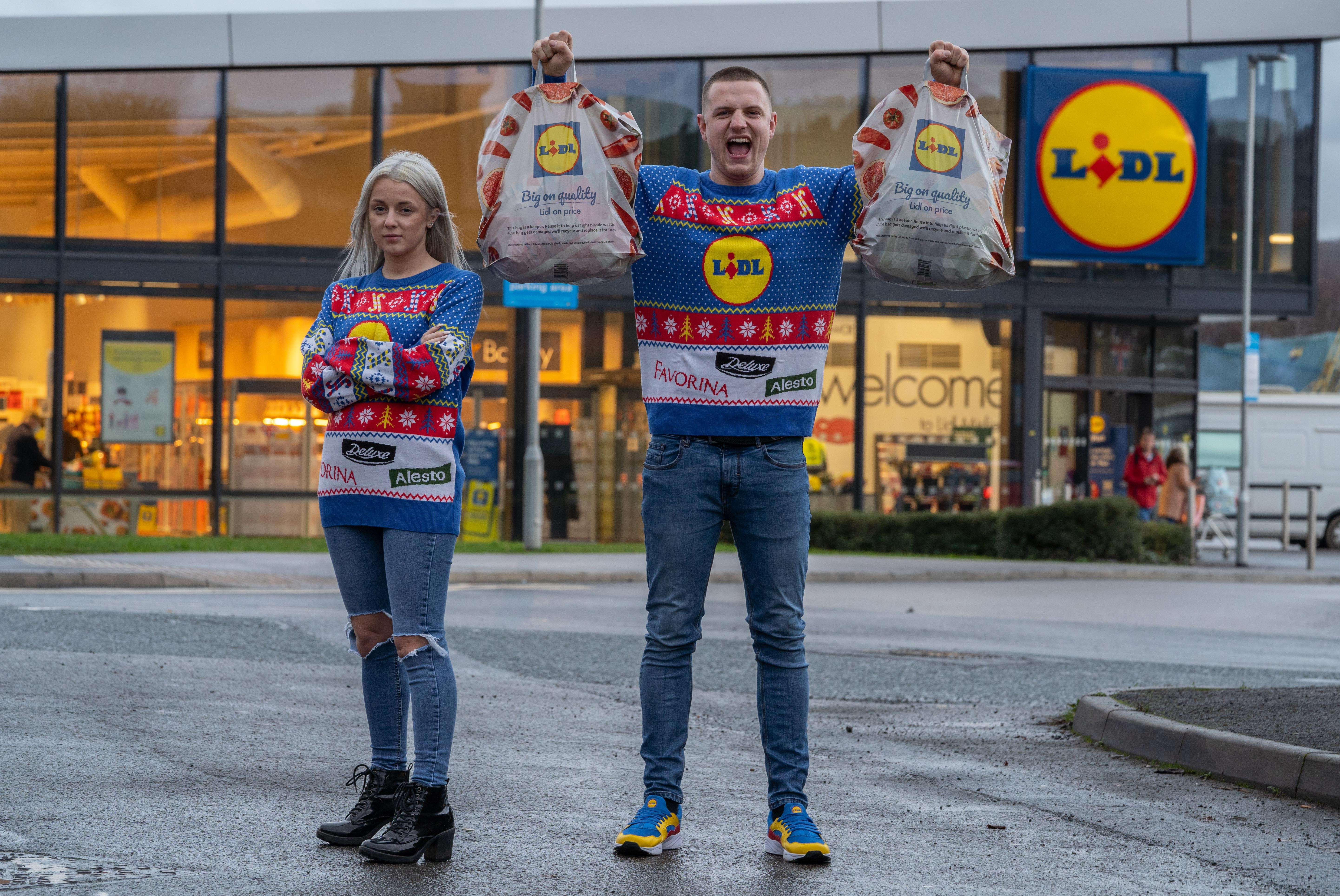 He bought Christmas presents for relatives from the store, including nerf guns for his nephew and even once picked up a chainsaw from there as part of his weekly shop.

Josh has managed to convert girlfriend Becky Haigh, 24, – who previously shopped at arch rivals Aldi – to become a Lidl loyalist and they spend around £120 per week in the store.

The pair pick up their weekly shop from Lidl including groceries, bread, meat and beer, but she does not share his fondness of the firm's fashion accessories.

He said: "I just love the shop, it's the best supermarket around. You can pick up a bargain quite easily. I think it’s just a great all round shop, it has everything under one roof. 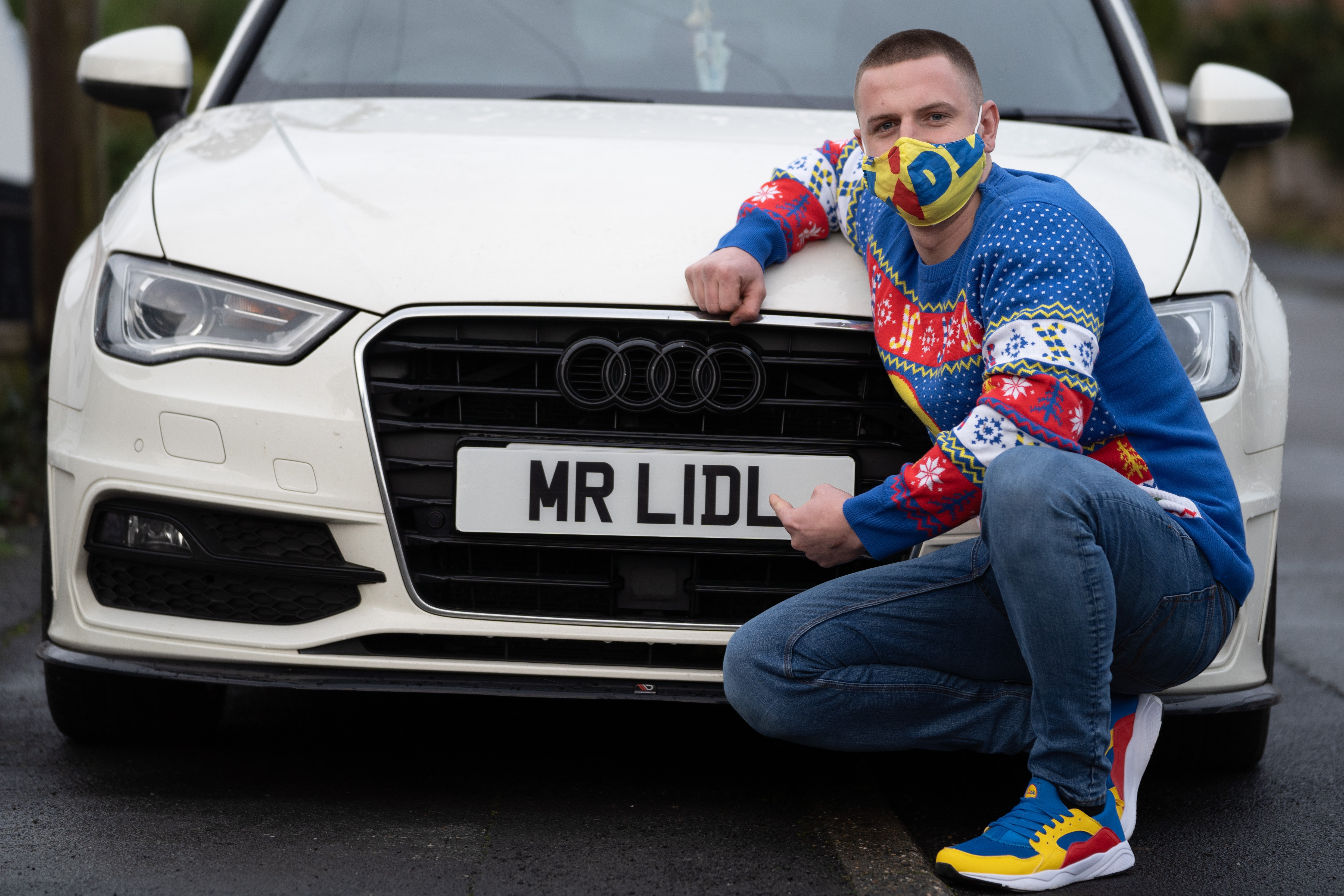 “We get everything from there whatever the occasion. All our food shopping is done there and I even bought my nephew two nerf guns for Christmas.

"My favourite thing about it is the middle aisle. You can go in for a few bits of shopping and come out with something totally random like a chainsaw.

“The most unusual thing I have ever picked up was the time I went in for some chicken and came out with a jet wash. I didn’t even know I needed one until I saw it.”

Josh became fascinated with the store’s clothing range when he came across a pair of trainers while he was doing a food shop working away in Germany for four weeks in April.

The engineer posted a picture of the trainers on social media and said his friends went wild for them as they are yet to be sold in the UK.

He added: “I was working away for four weeks in Germany and needed to get some food in, so obviously I went to Lidl, which was exciting because that’s the home of Lidl.

“Everyone was raving about the trainers, people were just wearing them like fashion in Germany. I jumped on the bandwagon and brought it over here.

"They sold out and people were reselling them for £100 or more. I put a picture of them on social media and it blew up, everyone was asking me for a pair.”

Since then, Josh has added to his collection of branded clothes and has even bought a fake personalised number plate which he uses as a decoration in his house.

Dubbed "Mr Lidl" by locals in his hometown of Mirfield, West Yorks., Josh often wears his blue and yellow trainers when doing his weekly shop at the discount store. 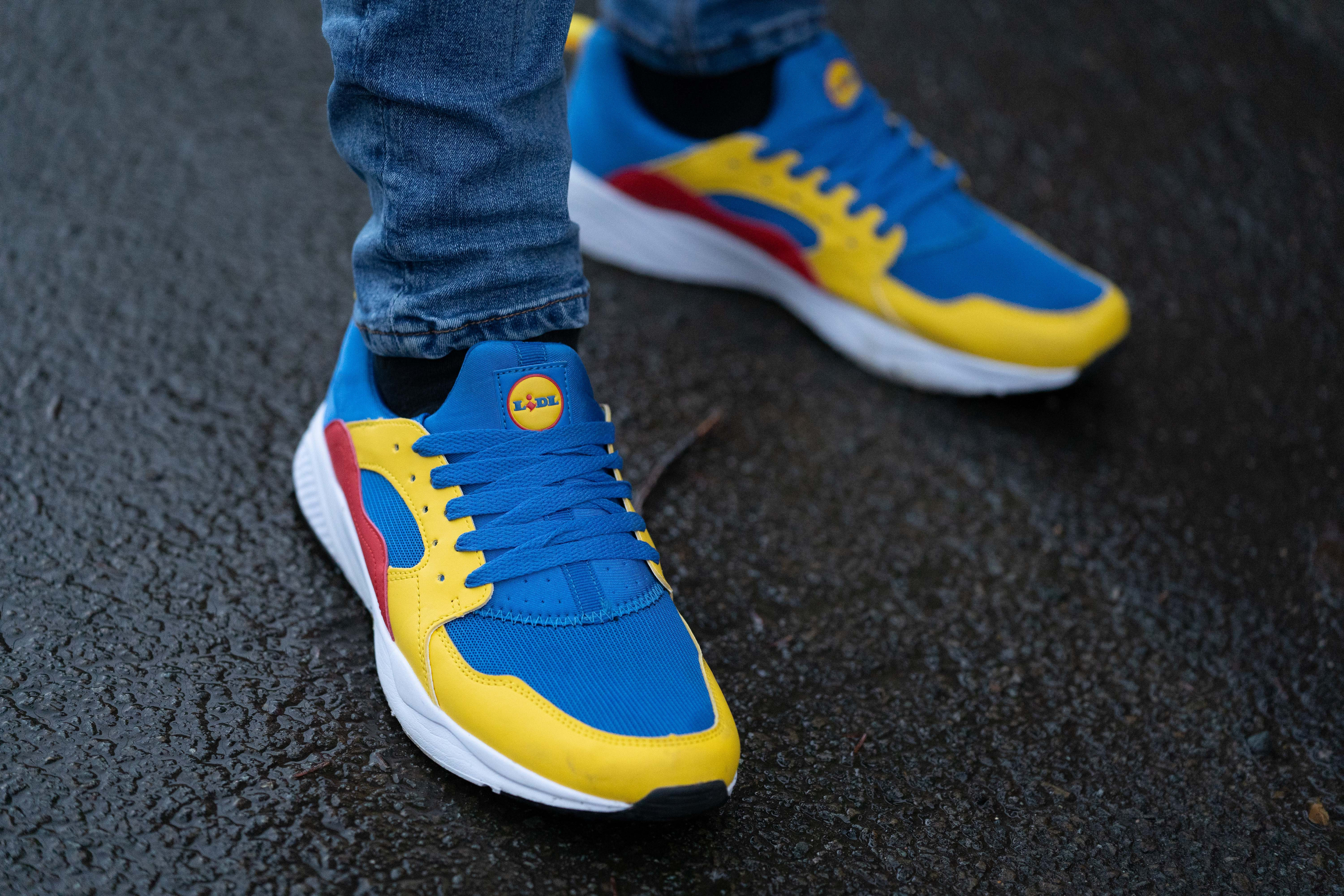 He has even been known to wear them – and the jumper – down the pub, much to the amusement to his mates.

He added: "I like the clothes as they are unique and quirky and a bit of a laugh.

“It started as a bit of fun, I bought the trainers because they looked quite cool.

"I have worn the jumper and trainers to the pub before the last lockdown – my mates thought it was hilarious.

"I have worn the trainers to Lidl to do my shopping and people have commented and recognise me as Mr Lidl. Everyone started calling me Mr Lidl. People know me as that now.”

While the pair love to browse for bargains together, Becky does not share his fondness for fashion accessories and even had to talk Josh out of getting a tattoo of the store’s logo. 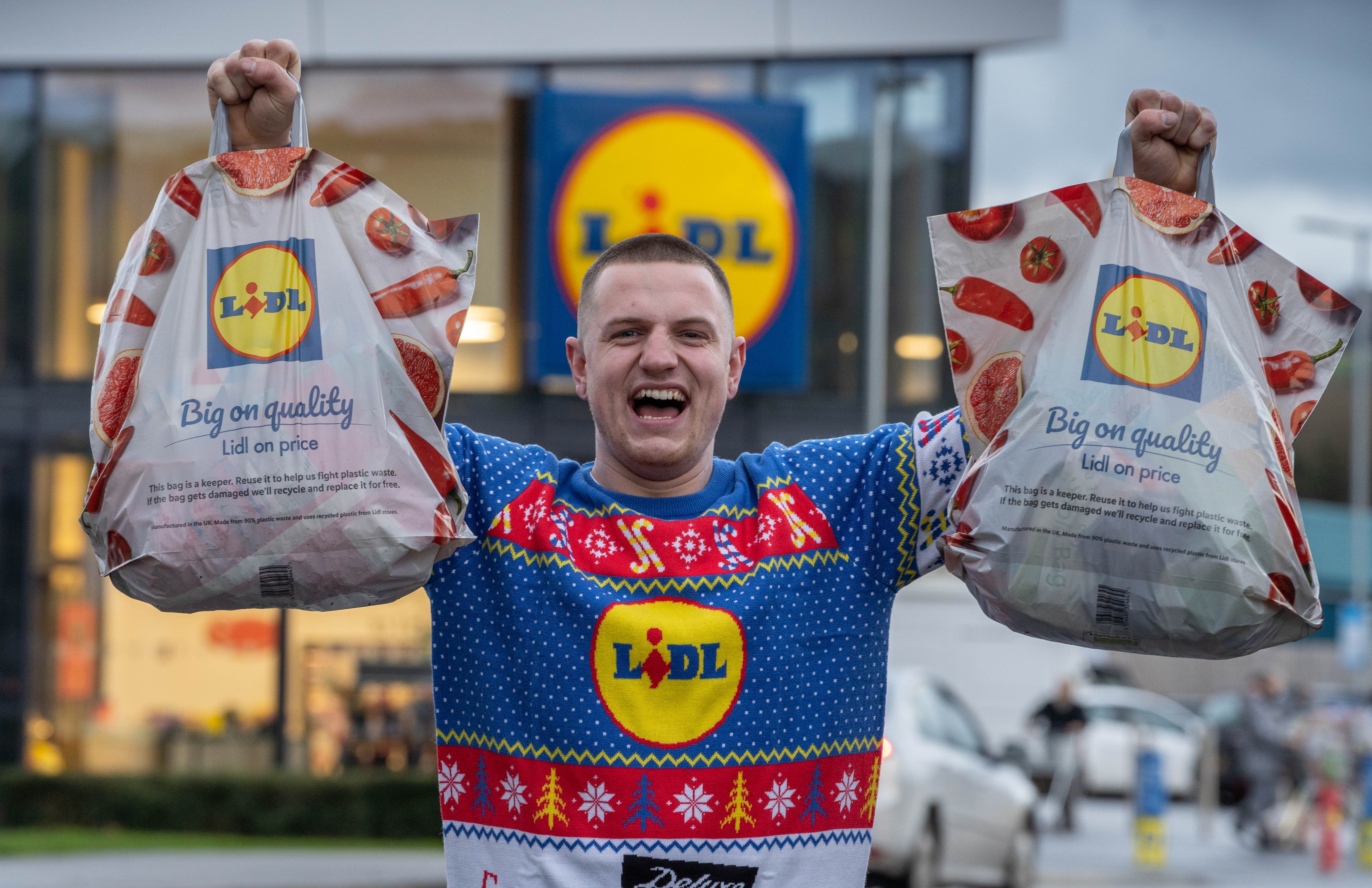 Josh had booked himself for some ink work on December 23 and had planned to have the store’s logo tattooed on his leg.

But Becky managed to talk him out of it before he could go ahead with it.

"I bought her some matching Lidl sliders and a matching face mask, but she won’t wear her mask.

“I’m covered in tattoos already so I thought why not one more? I’m already a bit of a weirdo as it is, so why not top it off with a tattoo?

“But Becky wasn’t happy and she didn’t want me to get it so I didn’t get it done in the end.”

Girlfriend Becky, 24, said: "He's always been a bit of a joker so I wasn't really surprised when it all started.

"At first it wasn't too bad but the bigger it's getting and the more people have started to recognise him it has got slightly embarrassing, but I'm just going with it.

"He's got a big heart and loves to make people laugh so that's the main thing.”

Want to know more about Lidl fashion? Our consumer team got the lowdown on it.

And we love this Lidl frock which is just like Kate Middleton's!