WOMEN turning to mail-order pills to get bums like Kim Kardashian could be putting their lives at risk, a top expert has warned.

A range of products are available online that claim to be “clinically proven to enlarge the size and fullness of your bum” for as little as £7.99.

But a lack of regulation means people may not know what ingredients such pills contain and consuming them could lead to poisoning or deadly allergic reactions, according to Dr Roshan Ravindran, a leading GP, cardiology and aesthetics practitioner.

Dr Ravindran, of leading aesthetic and wellness facility KLNIK, in Wilmslow, Cheshire, said: “More and more people are looking for new ways to get shapely bums inspired by Jennifer Lopez or Kim Kardashian.

“But you need to be wary of so-called ‘miracle pills’ that are sold online without having to prove they are safe or effective.

“These products could contain absolutely anything and you have no idea what you are putting into your body. 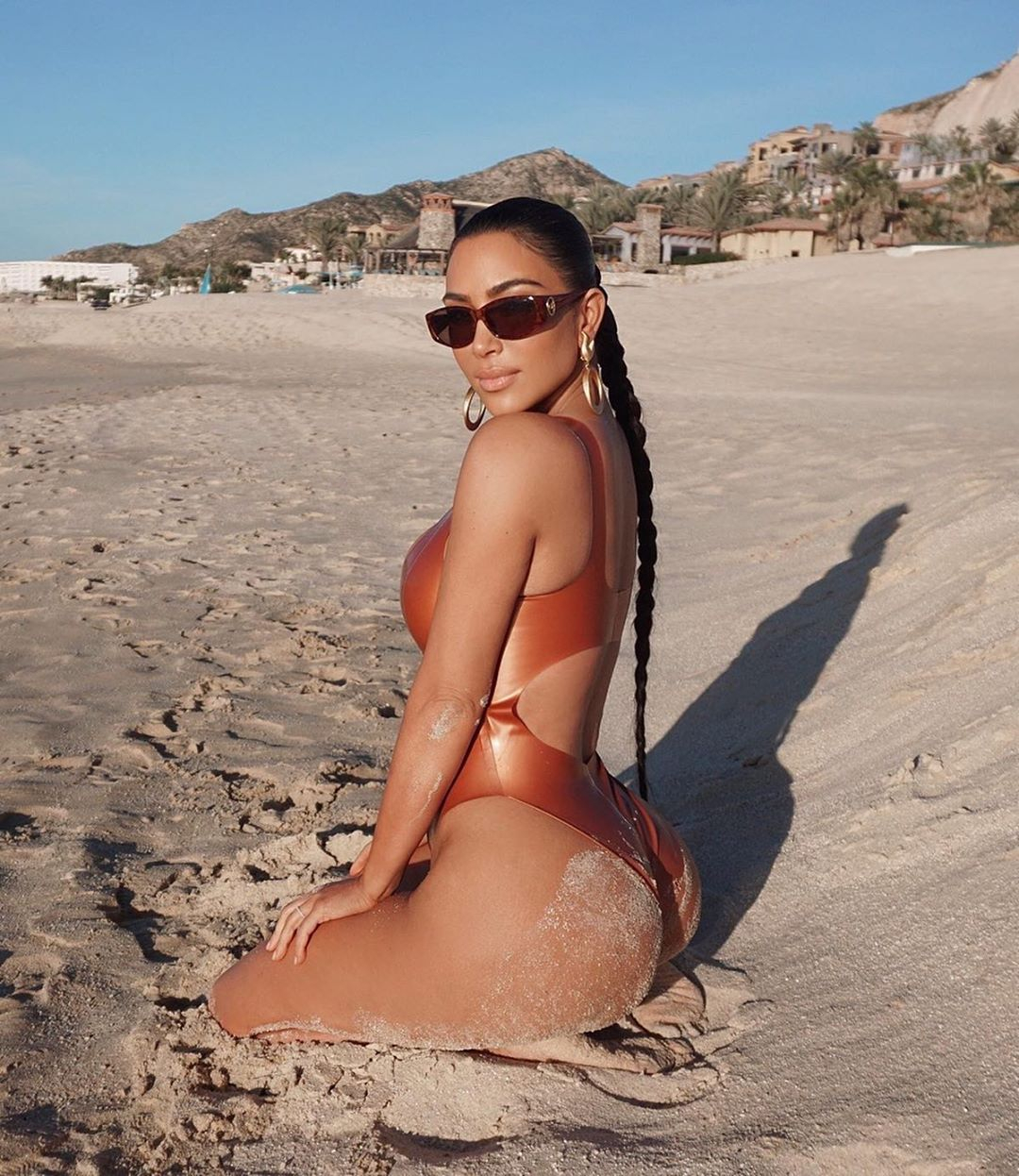 “Aside from that, it shows the harmful confusion and lack of advertising standards in aesthetics.

“It is outrageous to suggest that ingesting a particular ingredient could specifically target your bum and change its shape or size, but sadly this is believed by the consumer.

“It is best to seek advice from a medical aesthetic practitioner, who will assess your needs and help you get the body shape you want in a safe and comfortable way.”

Pills containing ingredients such as maca root, silicon dioxide, hops flower and dandelion root are widely available via online marketplaces such as eBay and Amazon.

Prices range from £7.99 to £24 for 60 capsules, which users are told to consume either once or twice a day.

One of the most prominent brands vows to give “a naturally bigger, fuller, rounder, firmer booty without the need for weeks in the gym squatting.”

While another claims its “natural root extracts in our product work to naturally stimulate glandular tissue growth, regulating specific female hormones” and even that “the results are instant”.

However, product reviews often cast doubt on their effectiveness, with one user claiming they “made me have constant diarrhoea” and another saying: “Taken all the tablets and does absolutely nothing. Don't waste your money.” 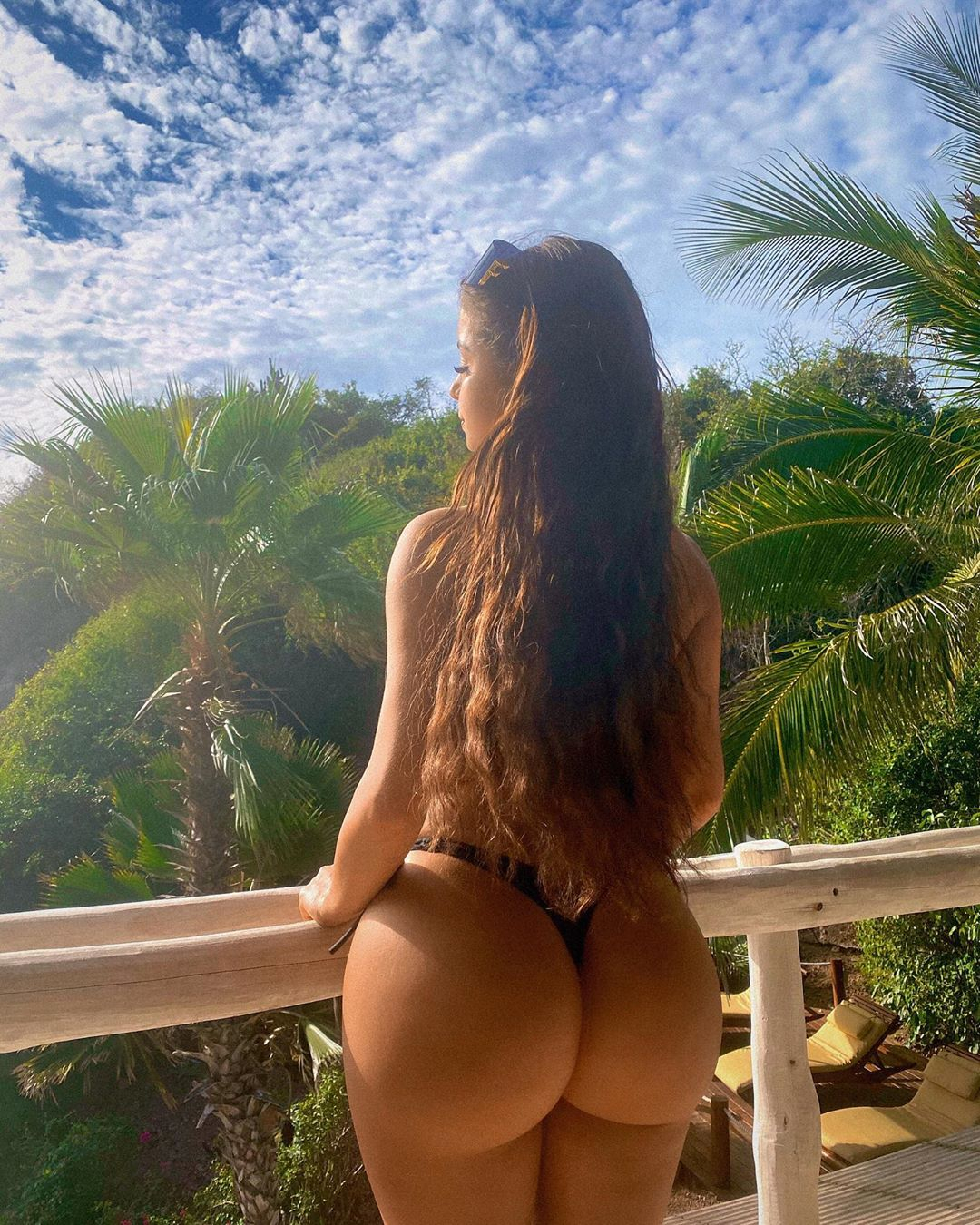 One product – Iso Sensuals – costs £34.95 for a two-month supply and promises to “improve your behind, hips and thighs.”

Another, Gym Bunny’s Squat Til You Drop butt-enhancing pills claim to be clinically proven, saying they will “give you the tight, toned, peachy butt of your dreams.”

Dr Ravindran, who works at the KLNIK facility in Wilmslow, Cheshire, says bum-lifting procedures are now among the most popular at his clinic.

He added: “Just 30 minutes of the treatment is equivalent to 20,000 squats and I have seen it produce incredible results in our clients.

“It’s scientifically proven with robust clinical scrutiny, it’s completely safe, and there is no recovery time either.”

It comes after the British Association of Aesthetic Plastic Surgeons (BAAPS) advised against Brazilian buttlift operations, in which fat is taken from another part of the body, then injected into the buttocks.

Surgeons today warn it has the highest death rate, thought to be as high as 1 in 3,000 operations due to the risk of injecting fat into large veins that can travel to the heart or brain and cause severe illness and death.

At least two Brits have died from Brazilian butt lift ops – Leah Cambridge, 29, died in August 2019 after going under the knife in Turkey while Melissa Kerr, 31, also died in Turkey after having the op last November.

A spokesman for Amazon said the offending pills had now been removed from the site.

He added: “Third party sellers are independent businesses and are required to follow our selling guidelines when selling in our store.

“Those who do not will be subject to action including potential removal of their account.”

THE 'DEADLIEST COSMETIC PROCEDURE' IN THE WORLD

BRAZILIAN bum lifts are the "deadliest cosmetic procedure", a top surgeon has warned.

The controversial op involves taking fat from other areas of the body and injecting it into the glutes and bum to make them bigger.

But, if it's not done correctly, it can cause serious problems, Professor for aesthetic surgery Jim Frame from Anglia Ruskin University warned.

"To be successful, a fat graft needs nutrition and so has to be injected into tissue that has a blood supply," Prof Frame said.

"Fat has more chance of staying in place if it is inserted into muscle – but this is where the risk lies.

"Injecting fat into the buttocks can easily lead to serious problems if done incorrectly. These include a fat embolism, when fat enters the bloodstream and blocks a blood vessel.

"In the lungs, for example, it blocks oxygen from entering the bloodstream, while in the brain it can cause a stroke – both can be fatal."

Cheap overseas clinics are contributing to a rise in deaths from having the procedure, Prof Frame, a senior consultant surgeon at Springfield Hospital, Chelmsford, said.

Last year a survey of 692 surgeons from across the world found 32 patients had died from a condition called a fat embolism – where the injected fat travels to other parts of the body that it shouldn't.

""Most of these deaths appear to have been caused by inappropriately qualified practitioners working in non-approved facilities, including homes and garages," he added.

"Other post-surgery problems, such as gangrene and sepsis, can also be fatal."

We shared how a woman got a temporary bum lift using terrifying ‘fire cupping’ procedure.

And a woman tried six non-surgical ways to boost my boobs – and went up TWO cup sizes in one week.

Plus, meet the woman, 26, who was left with gaping wounds after her Brazilian butt lift went horribly wrong.