On the last day of the Duke and Duchess of Cambridge’s tour of Ireland, Kate Middleton opted for a gorgeous flowing Suzannah dress, £1250, with a polka-dot design. The 38-year-old Duchess opted for a green dress covered in a white squares print, which fell loosely to mid-calf.

The dress has been identified as a Suzannah piece, a brand which the Duchess often favours.

The design of the dress is simple, yet elegant. With a slightly plunging neckline and long sleeves, the dress creates a graceful silhouette.

The Suzannah dress was accessorised with a simple black belt with a light gold buckle around the waist.

The effect of the belt created a cinching effect that highlighted the Duchess of Cambridge’s petite waist. 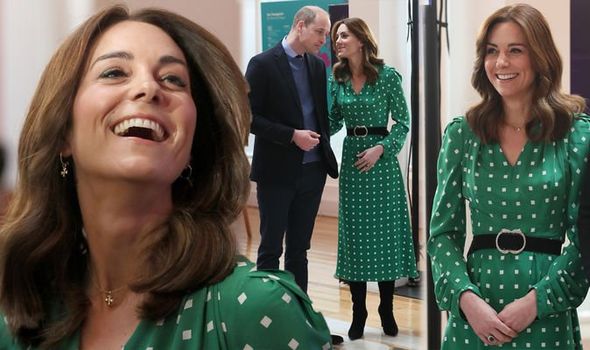 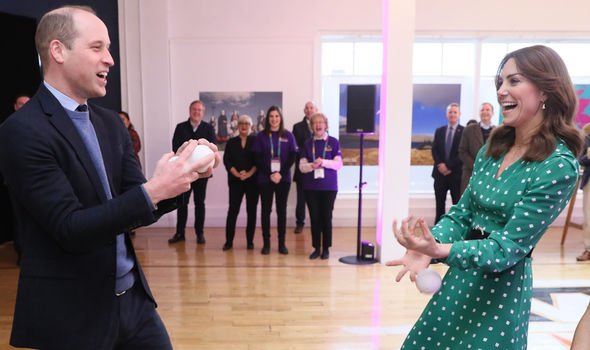 On her feet, Kate wore a black pair of Ralph Lauren knee-high-heeled boots with a pointed toe.

The boots add a few extra inches to her 5-foot 9-inch frame, and linked the ensemble together with the belt.

Jewellery wise, despite the Duchess having access to a trove of Royal Family jewels, she only opted for a pair of Daniella Draper “Shamrock” drop earrings, £120, and the matching necklace, £75.

Her enormous sapphire engagement ring can also be seen on her left hand.

Keeping in theme with green, the Duchess was also seen carrying a Jimmy Choo croc-embossed leather clutch bag which retails for £525 online.

Her hair was parted in the middle and left loose and curling around her shoulders.

The Duchess of Cambridge decided to have simple daytime make-up for this outing, opting for blushed cheeks, light smokey eye-shadow, and a sweep of tinted lip gloss across her lips.

Kate Middleton joined her husband, Prince William, on the outing today where the Duke deftly juggled three balls in front of stunned artists and musicians as they wrapped up their tour of the Emerald Isle. 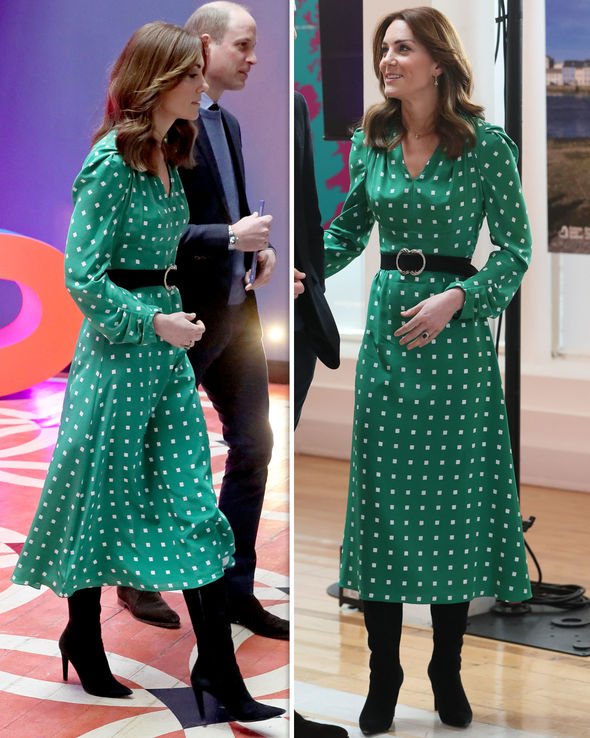 Kate appeared to be surprised and impressed with her husband’s circus skills, as she was pictured laughing along with the rest of the gawking audience.

It was reported that while the future King appeared to be nervous at first, the crowd burst into spontaneous applause as he tossed the three balls into the air.

He then tried to juggle with four balls – with the objects going flying as the 37-year-old burst out laughing.

Despite the fun hold-up, the couple beamed as they arrived in Galway, which will host the European Capital of Culture, to meet performers.

Later, they will visit a family-owned Irish pub before heading to the Gaelic Athletic Association to learn more about Gaelic football. 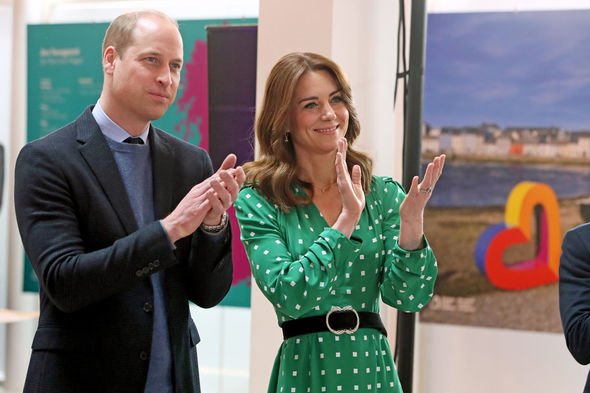 It comes after a busy two days for Kate and William, who yesterday threw their support behind mental health and social justice charities.

And they have seemed in good spirits as they got involved in everything from ping pong games to cooking vegetable soup, and downing Guinness pints during the tour.

Today wraps up the couple’s tour of Ireland which was from Tuesday 3 to Thursday 5 March.

Kensington Palace first announced the news of their trip on February 11.

The Duke and Duchess spent time in Dublin, County Meath, County Kildare, and Galway during their three-day visit.