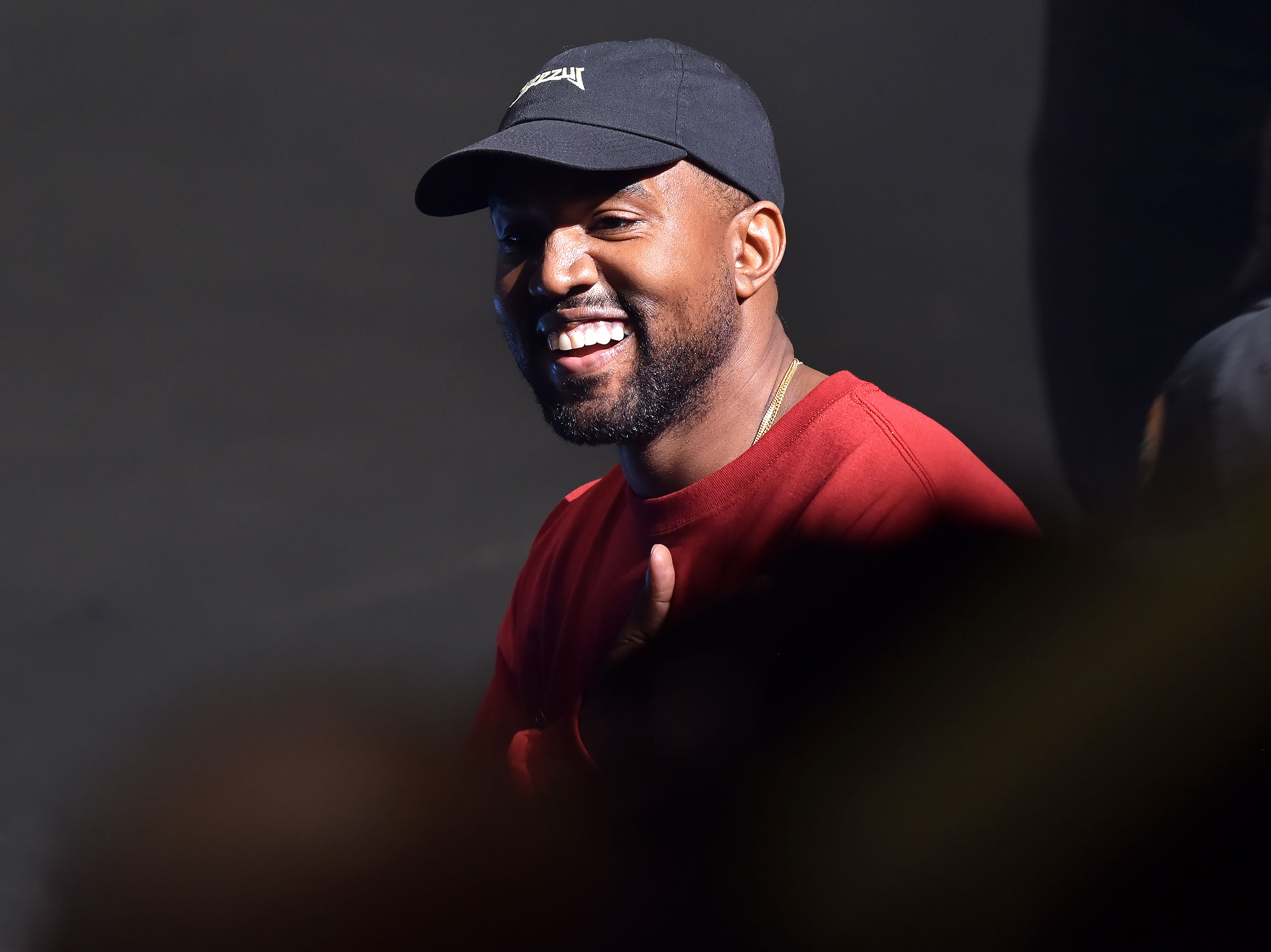 Yeezy Gap is coming! Kanye West, 43, shared a quick little video on Twitter to show his 30 million followers what’s to come in the highly anticipated line.

The Yeezy mastermind posted a behind-the-scenes clip from a Yeezy Gap fitting, which took place in what appears to be a warehouse. The five-second teaser has since amassed nearly two million views.

The video shows a model being fitted in a pair of army green utility pants, which she wears with a white T-shirt and sunglasses. Scattered all over the floor are bright-colored clothing, including tie-dye print garments.

“I’m going to buy one of everything in the YZY GAP collection,” an excited fan Tweeted. Another wrote, “Is that…low key tie-dye?”

Many Twitter users were intrigued by the tank that’s casually filmed pulling out of the warehouse in the background with no explanation. “Am I supposed to ignore THE KANYE TANK in the background?” one confused follower wrote.

On Friday, June 26, the rapper formally announced the Gap partnership on Twitter. He posted a photo of what appears to be the line’s new logo: Gaps’ signature blue square with “YZY” written in the center.

The line will be introduced to the world in the first half of 2021 and it’s going to be around for a while. West and Gap shook on a 10-year deal.

Wife Kim Kardashian wholeheartedly supports her husband’s new project. “If anyone knows Kanye they know how much the Gap and Yeezy means to him so this partnership is his dream come true!” she tweeted. “I am so proud of him. You guys are going to love what they have in store for everyone! From working at the Gap to this partnership is so inspiring #WestDayEver.”

A Round Up of the Best Kardashian-Jenner Bikini Pictures: From Kris’ Throwback to Kourtney’s Tiny String 2-Piece

West has spoken about his desire to work with the American retailer in the past. “I’d like to be the Steve Jobs of the Gap,” the father of four told Style.com in 2015. “I’m not talking about a capsule. I’m talking about full Hedi Slimane creative control of the Gap.”

Amid his work with Gap, the father of four has formally entered the presidential race. He’s officially a candidate on the Oklahoma ballot, as confirmed by Us Weekly.

Listen on Spotify to Get Tressed With Us to get the details of every hair love affair in Hollywood, from the hits and misses on the red carpet to your favorite celebrities’ street style ‘dos (and don’ts!)