Justin Bieber and his wife, Hailey Bieber, are celebrating the success of “Peaches” with fresh ink!

“My best friend and favorite human made an album that is incredibly special,” Hailey, 24, gushed on Instagram. “Being along for the ride and watching the journey, the work and dedication that went into this project has inspired me deeply. @justinbieber you are so dedicated, hard working, talented, and cool. I love you more everyday and I’m proud in a way words can’t describe.”

While Justin debuted his celebratory new neck tattoo of a peach over the weekend, Hailey revealed via Instagram Stories on Monday that she actually got a matching one on her forearm. Both tattoos were done by artist Dr. Woo, who also inked the bird on Justin’s neck that’s just inches away from the new peach. 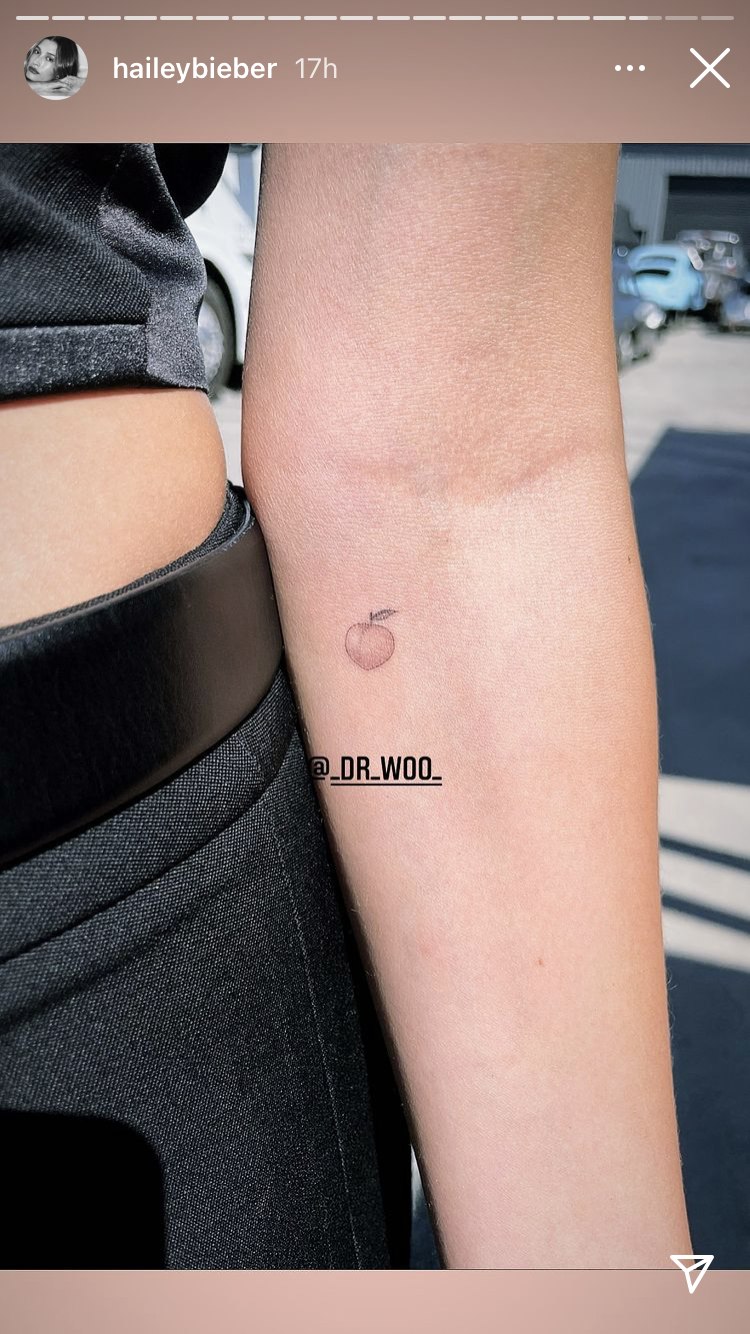 Most fans loved the significance of Justin’s latest tattoo, calling it “dope,” “rad,” and “iconic” in the comments section of his original post. But his mother, Pattie Mallette, had quite the opposite reaction.

“Don’t you have enough yet?” she commented, with a sad face emoji.

Justin recently revealed in an interview with Sirius XM’s The Morning Mash Up that while his torso, arms and neck are all covered in tattoos, there’s one place of his body that’s off-limits.

“Something about just being able to wear a suit and not having tattoos on my hands, I don’t know,” he continued. “But that’s really one of my only places left [to get ink], or my feet or my legs.”

Hear more in the video below.