STUCK at home with crippling period pains, Kathryn Hall was terrified of what the future would hold. Suffering from undiagnosed endometriosis, the mum of one was unable to work and terrified of losing her job as a manager in a contact centre.

Desperate to keep her mind busy while she was at home, Kathryn started upcycling furniture when she felt well enough. Since then – with a little help from cleaning guru Mrs Hinch – her hobby has turned into Kath & Kin, a booming online homeware business selling everything from personalised storage caddies to dog bowls. 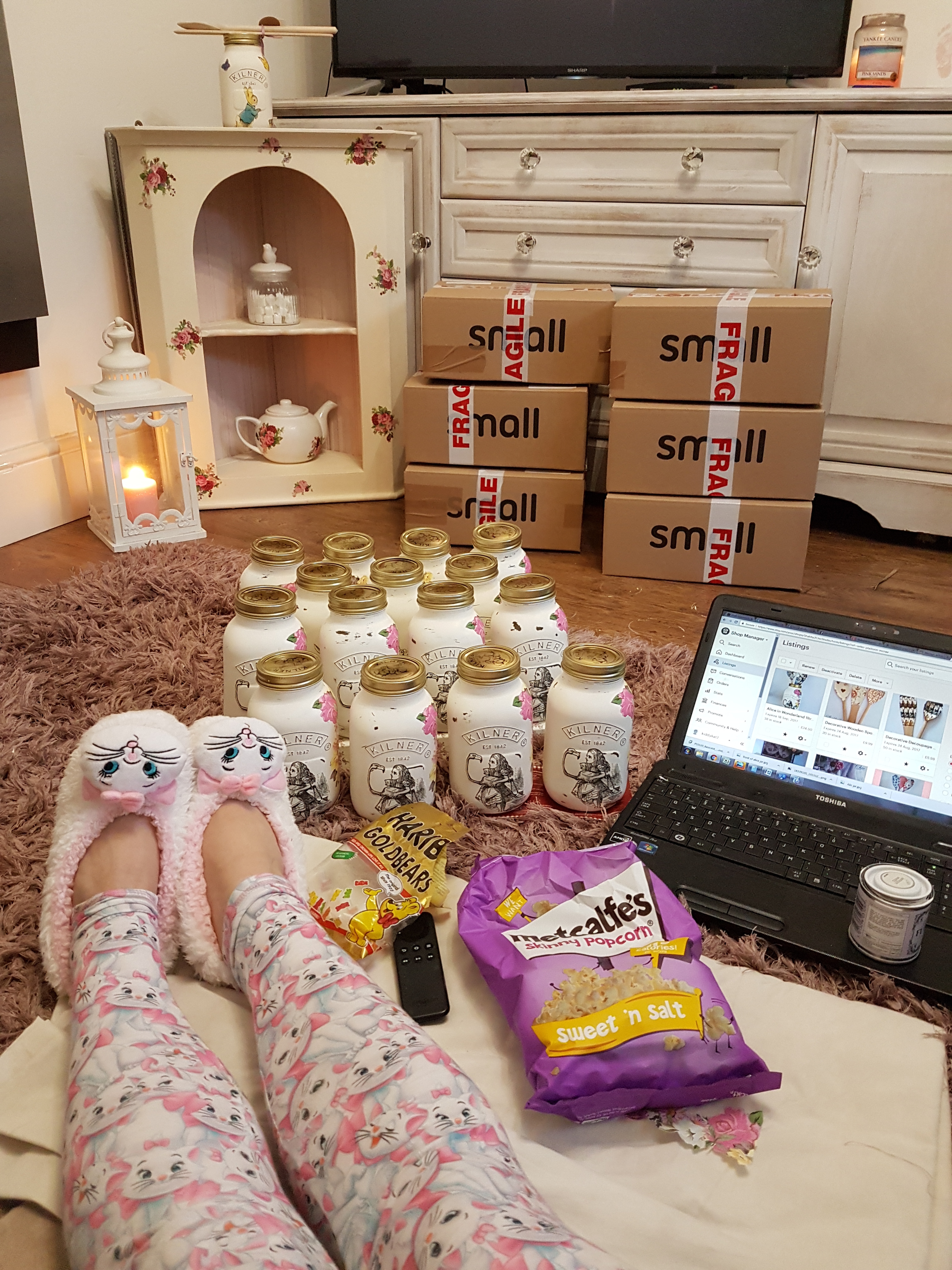 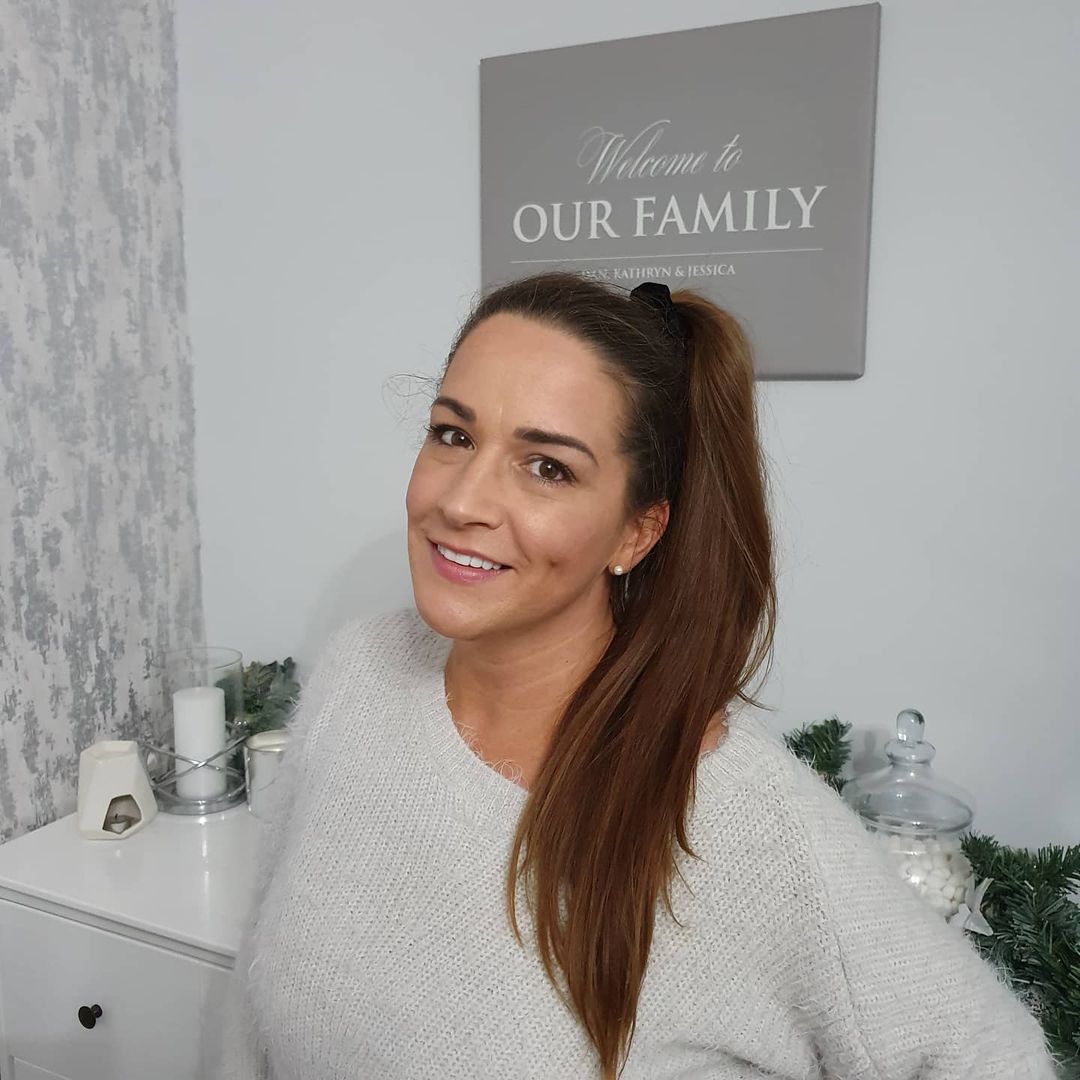 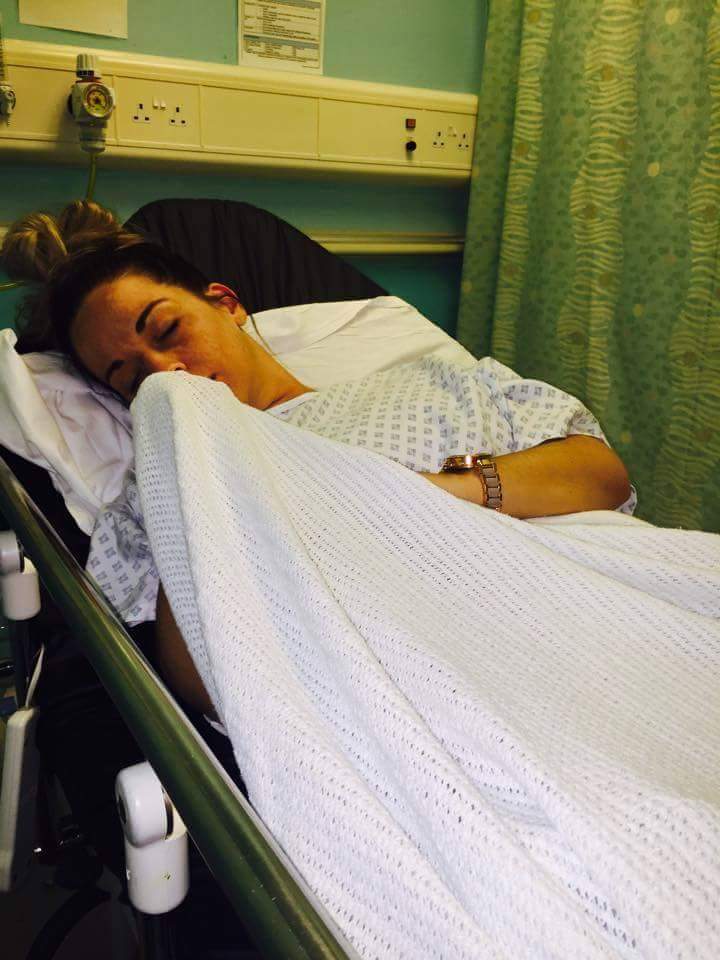 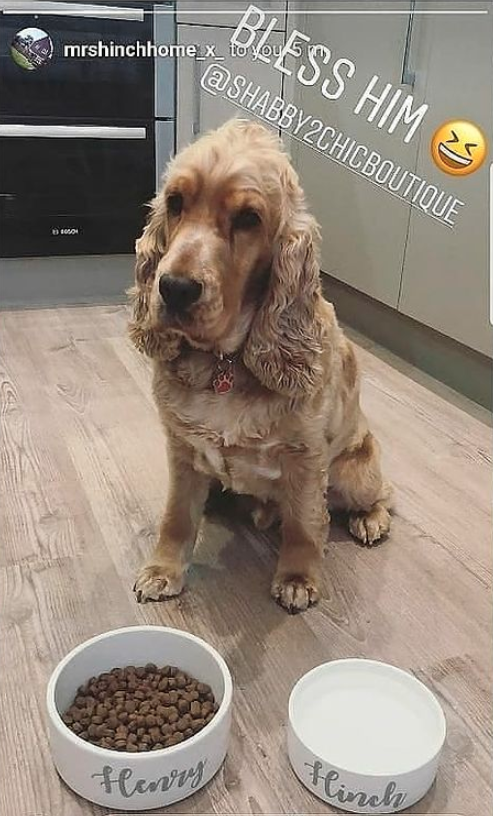 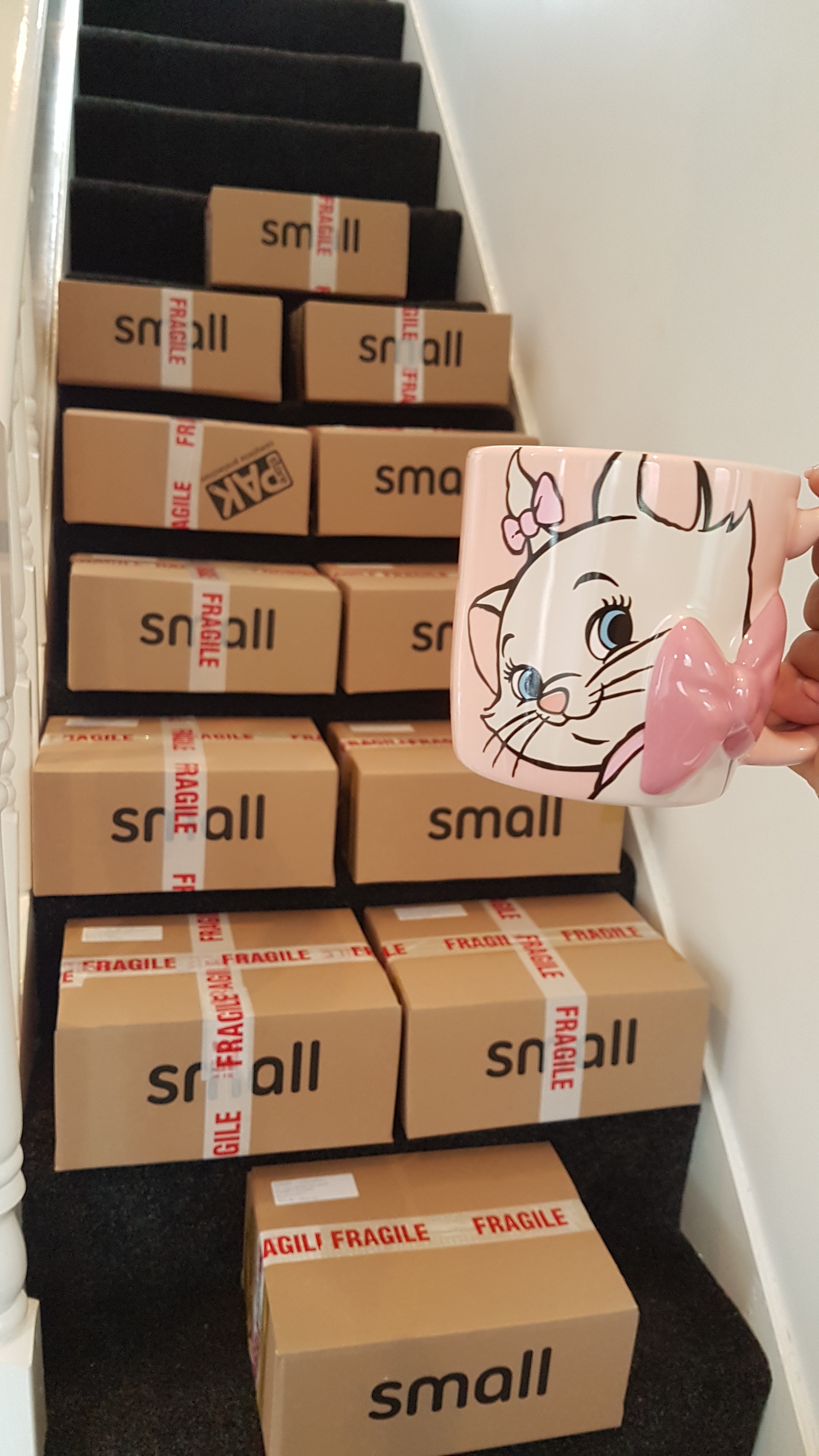 With more than 215,000 followers across social media, the business has now turned over more than £1 million.

“I still can’t believe how far I’ve come,” Kathryn, 38, says, “I have turned one of the worst and most painful points of my life into a business that celebs love – I pinch myself every day.”

Speaking exclusively to Fabulous for our #BOSSINGIT series, Kathryn, who lives with her finance Dan, in Rawmarsh, Yorks, says: “I had been working in a contact centre for 12 years on a £19k salary when I first started experiencing agonising pains in 2014.

“I was constantly back and forth with trips to A&E and I was having quite a lot of time off work as doctors struggled to identify the problem. I felt like I was going mad, stuck in the house all day and like I had no control over my life.

“I was terrified that I was going to lose my job, and had no idea how I was going to keep a roof over my 14-year-old daughter Jessica’s head. I’d worked since the age of 13 doing the paper round, so I just wasn’t used to sitting still and was desperate to find a way of filling my time.”

Keen to find a project to keep her busy, the mum-of-one picked up a side table on Facebook marketplace for £15, used her spare time to upcycle it and sold it on for £90. Spurred on by her success, Kathryn then set up Shabby 2 Chic Boutique, upcycling several more pieces of furniture when she felt able.

In 2017 she was finally diagnosed with endometriosis – in which cells similar to those on the inside of the womb grow elsewhere in the body -during laparoscopy surgery, a keyhole procedure that allows surgeons to see inside the abdomen.

She says: “After the operation I really struggled to lift the heavy furniture so I started painting Kilner jars instead, decorating them with whimsical characters like Alice in Wonderland.

“I posted a photo of one on my Facebook page and the response was just incredible.

“I had mainly just been selling to my friends and family until then, but I realised there was a gap in the market for this, so I began spending all of my time painting jars to keep up with the orders, selling each jar for £25-£30 a pop.

“At that point, I was so worried I was going to lose my job because I was having so much time off with crippling pain. While I was given sick pay, my company only offered it for six months – I was off for nine months in total so I drastically needed a back up plan.

"I had a mortgage and my daughter to look after, and when the jars started to spike interest I thought, ‘Maybe I’ve got something that could save us.’

“I then happened to paint a bumble bee jar around the time of the Manchester bombings in 2017, and with the bee being an emblem of the city, sales just took off.

"By December 2017 I was able to quit my job and dedicate myself to my business full-time, diversifying into other homeware products.”

After that, Kathryn had a steady stream of orders – until cleanfluencer Mrs Hinch, AKA Sophie Hinchliffe, helped her business skyrocket.

She says: “I set-up my own Instagram page in the hope of garnering more custom, and I soon became aware of the phenomenon that is Mrs Hinch.

“In January 2019, I sent her some personalised pet bowls and she shared them on her page on the exact same day she hit one million followers.

"That was the making of the business. We went up by 6,000 followers overnight, which was amazing, and Sophie has continued to support our business ever since.”

Since then, Kath & Kin has gone on to attract several more celebrity fans including Stacey Solomon, Jacqueline Jossa and Rochelle Humes. And as the business continued to grow, so did Kathryn’s orders.

“There were points where you couldn’t move in our house because there was just products and stock everywhere – you couldn’t even reach the kettle,” she laughs.

“In March 2019, I transported the business into a 2,500sqft unit to accommodate our growing customer base and hired several members of staff to help me with the workload.”

Kathryn was one of a few business owners to actually benefit from the pandemic.

She saw a 72 per cent increase in orders as DIY fans looked for the finishing touches for their homes – leaving her busier than ever.

“The business has now turned over £1 million which doesn’t feel real,” she says.

“In my head I’m still this girl from Rawmarsh (a small village in Yorkshire). I only invested £15 into the business  at the very beginning, and to have that kind of figure floating around is just unbelievable.

“Mum guilt has definitely been my biggest challenge. Trying to find the balance between providing for your family and being there for them at the same time is really hard.

“I beat myself up regularly because Jessica has missed out on time with me to make sure that she’s clothed, full and has a roof over her head. But I do want to demonstrate to her how you can succeed in life no matter what curve balls are thrown at you.”

Kathryn, who rebranded her business as Kath & Kin last May, continues to live with the agony of endometriosis.

“I still very much suffer with it,” she says. “I have to take each day as it comes, and I am lucky that my business has grown enough that I have members of staff I can rely on when I’m suffering.

“But in a strange way I am quite grateful for my endometriosis because without it, I would never have been brave enough to set up the business.

“It’s been a lot harder than I ever anticipated, I’ve worked more hours than I’ve ever worked in my life, but it’s also made me realise that anything is possible." 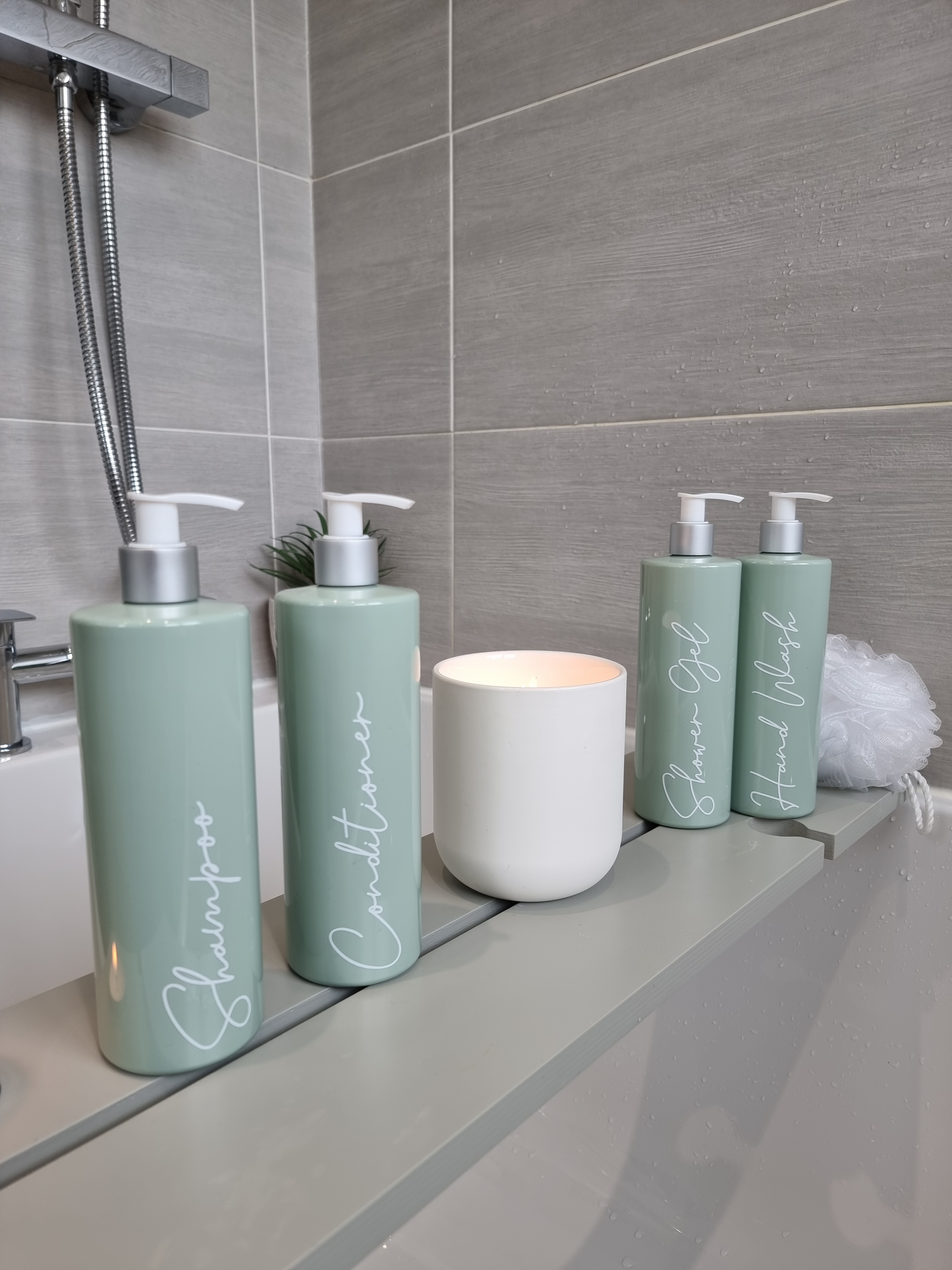 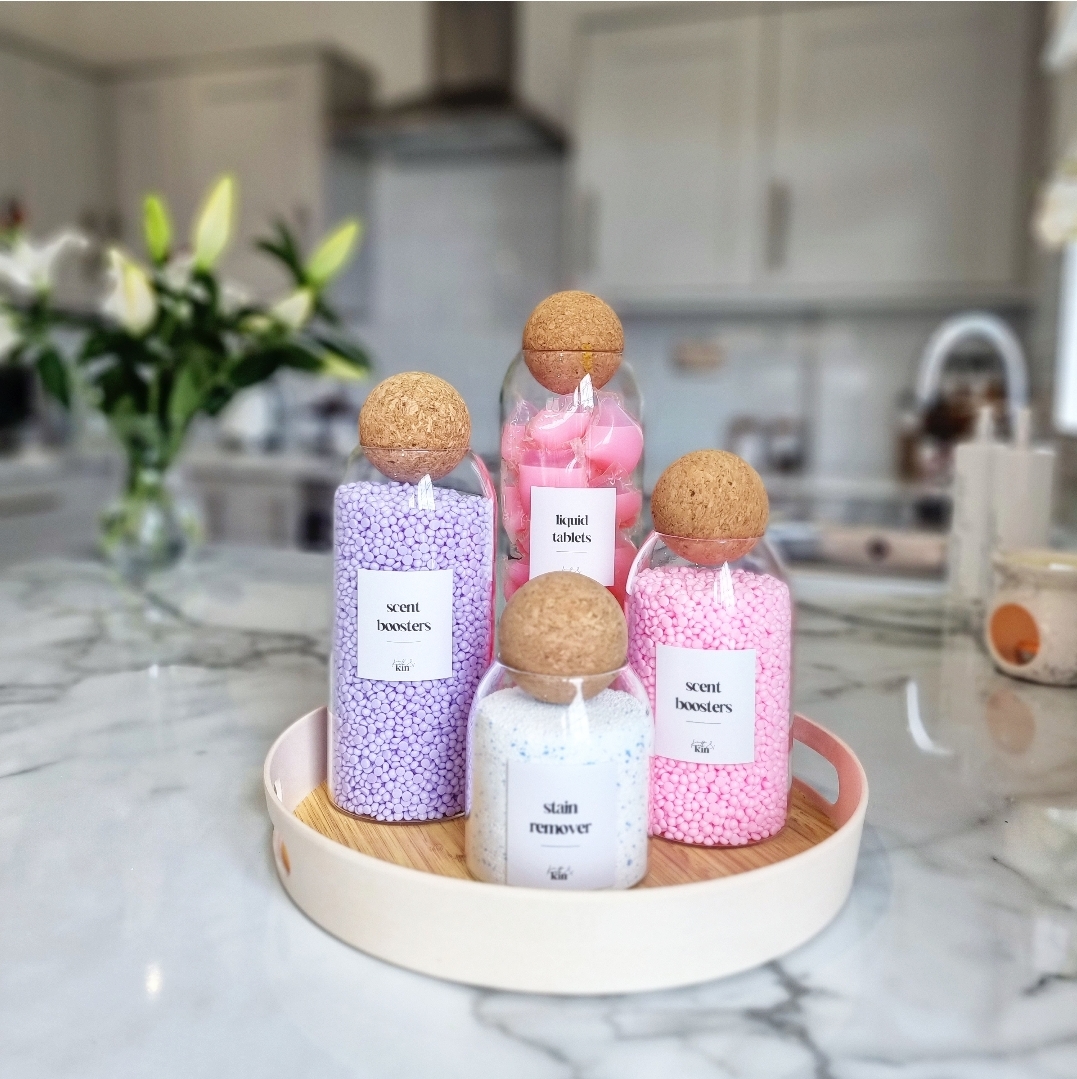 Endometriosis is a chronic condition which occurs when tissue from the lining of the womb is found outside of the womb, often in areas including the ovaries, Fallopian tubes, the abdomen and the bladder.

It can sometimes lead to fertility problems. Other complications can include painful ovarian cysts and adhesions – areas of tissue that can fuse organs together.

Symptoms can include painful or heavy periods, pain during and following sex, bleeding between periods, pain in the lower abdomen and difficulty conceiving.

Around 1.5 women in the UK are impacted by endometriosis, and it takes women living with crippling endometriosis up to seven years to be diagnosed.

There is no cure, but it can be managed by pain medication, hormonal contraceptives such as the combined pill, or surgery to remove the endometrial growths.
Please visit https://www.endometriosis-uk.org/ for more help, information and resources.

For more inspiring real life stories, Jemma Solomon revealed her sister sister Stacey caught the labelling bug from her – she set up her company with £300 & now Lord Sugar has invested.

And Tropic Skincare's Susie Ma set up her £51m business when she was 15 – Lord Sugar fired her on The Apprentice but STILL invested £200k.

Plus Rayner Davies was a single teenage mum on benefits – now her cleaning business turns over £4m a year.