WITH the weather heating up, you can bet that most of us are reaching for the fake tan bottle to give make sure we're rocking a golden glow all summer.

But like with every DIY job, the possibility of it going wrong is all too likely and one poor girl was left mortified when her attempts at self-tanning left her green all over. 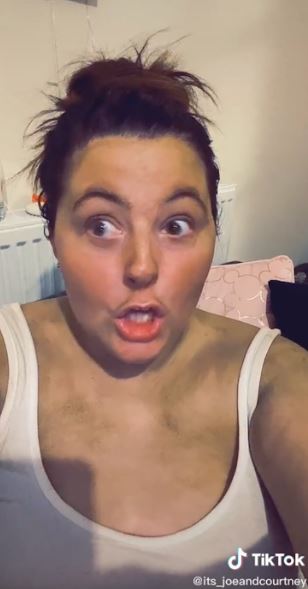 TikTok user @its_joeandcourtney was left slightly concerned when she applied her fake tan, only to find that the tan was tinged green and slightly out of date.

Of course, she didn't work that out until after she'd applied it all over her body and face and joked she had "an issue", as she shared the aftermath online.

In the video, that has since been watched over 37k times online, the fake tan lover is seen rocking more of a green glow than a golden one, after slathering on layer after layer of their "slightly old" tan.

She told those watching: "I've got an issue. My tan was a bit old, not too old, just a little bit old and it's gone green." 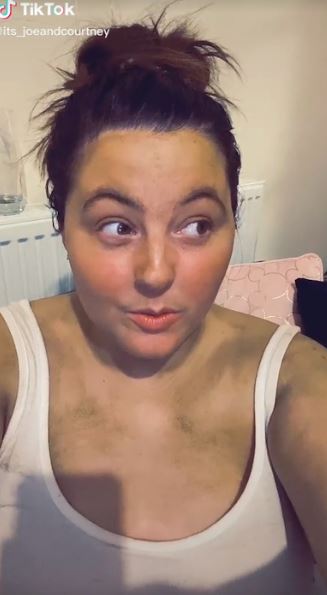 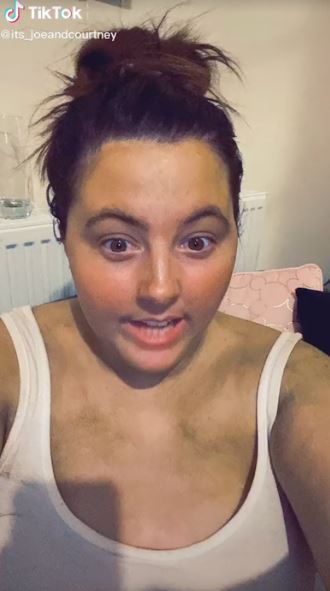 Hoping for the best – and given that they had no more tan to start the job over – the girl added: "I'm going to leave it on overnight and hope that it still looks OK in the morning."

Her post has been liked thousands of times, with many relating to her fake tan faux pas in the comments.

One person posted: "I think you should wash it sooner rather than later, my friend had the same faith you're having and let's just say… she couldn't leave the house."

Another was slightly more hopeful as they revealed: "Sometimes mine goes green and looks fine in the morning as long as I've not missed any spots – fingers crossed for you!"

A third wrote: "Mine did this, I had school the same morning then it got darker and greener every day and stained me for three weeks."

One more claimed there was a perfectly good reason why she was looking more green than tanned, as they added: "It's because you will be sweating, when your body sweats tan turns green and then when you wash it is fine."

If she did find herself in a bit of a sticky situation, however, another beauty fan shared a tip for removing the tan if need be.

They said: "Micellar water gets it off if you need to."

Plus, one beauty fan was left in hysterics after she was left looking like Ross Gellar from Friends following a spray tan gone wrong.

And this fake tan lover revealed a quick hack using lemon juice that will easily fix any tanning blunder.