A COUPLE with Down's Syndrome are thought to be the longest married, as they approach their 25th wedding anniversary.

Despite now facing a heartbreaking battle with dementia, Maryanne and Tommy Pilling, from Essex, are set to celebrate in the comfort of their own home as they have managed to remain living independently. 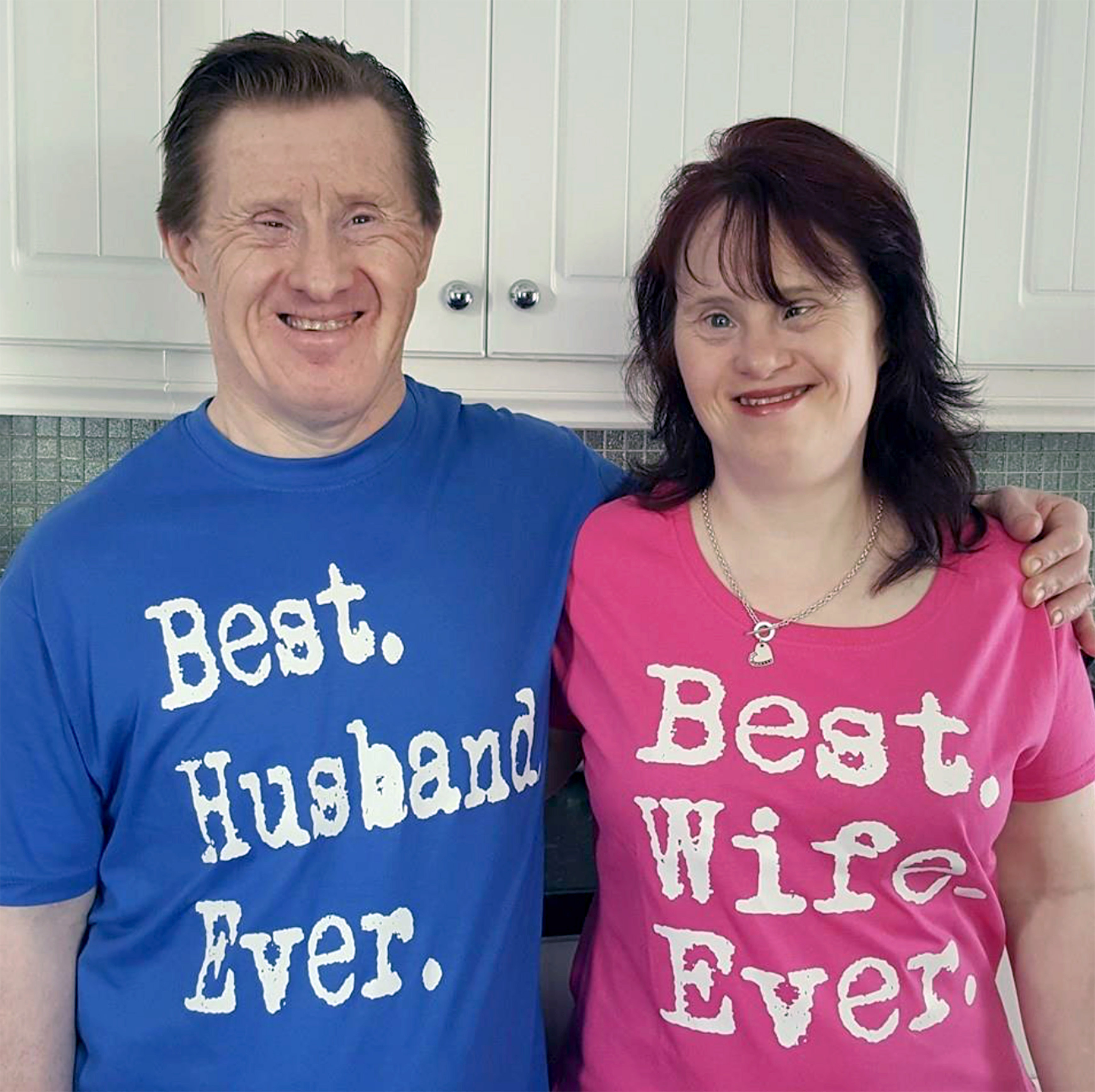 With worries that they would be torn apart, Maryanne 48, now helps care for her husband Tommy, 62, alongside her sister, Lindi Newman, 32 and mum Linda, 69.

Sister Lindi – who is a full time carer – said: "To the best of our knowledge, they're now the longest living married couple with Down's Syndrome.

"The fact that they're still living independently and are doing great together, it's amazing.

"These last few years have been substantially harder and Maryanne does get upset – Maryanne had dreamt of a big white wedding since she was a little girl, and their relationship is one that has always been full of love. 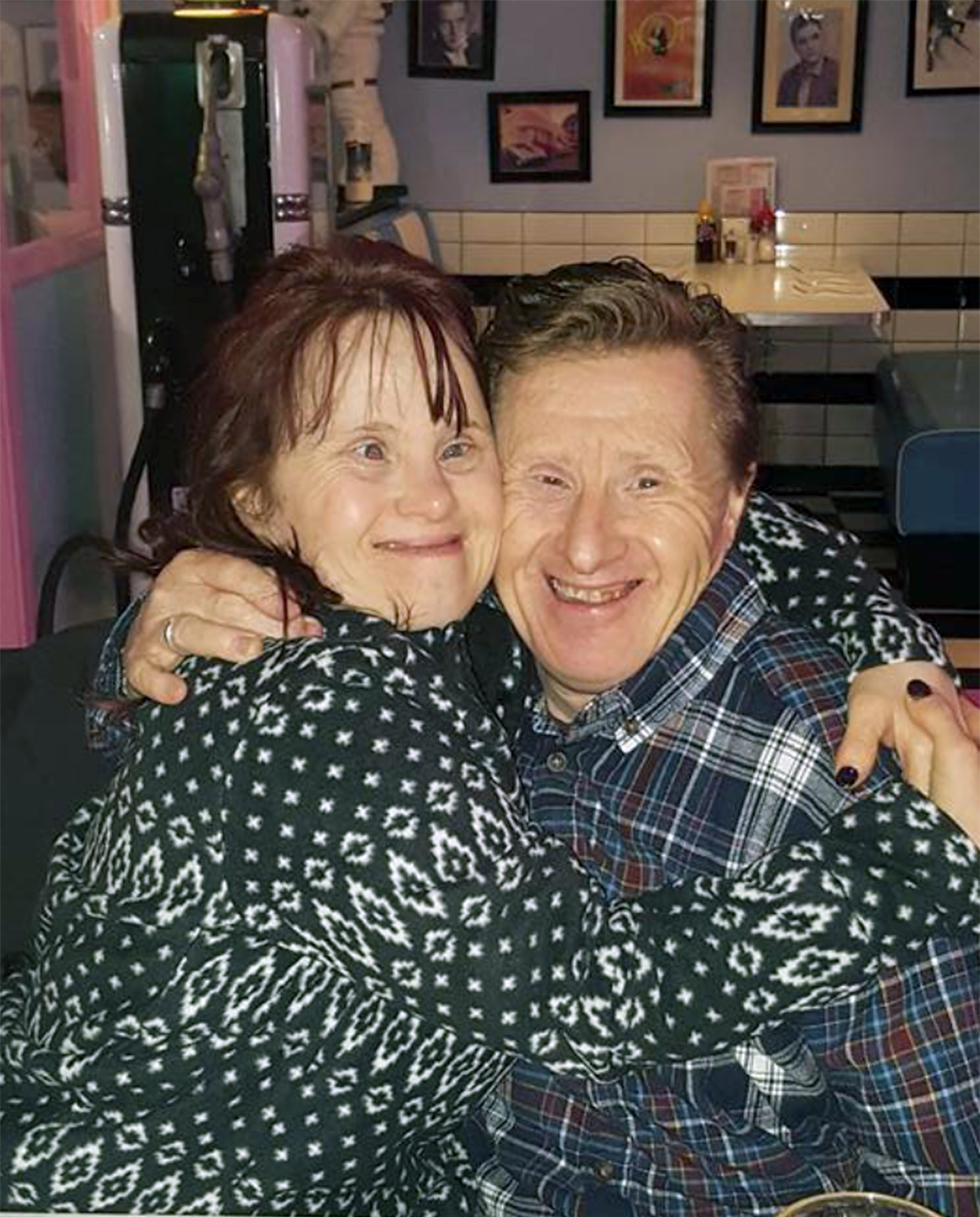 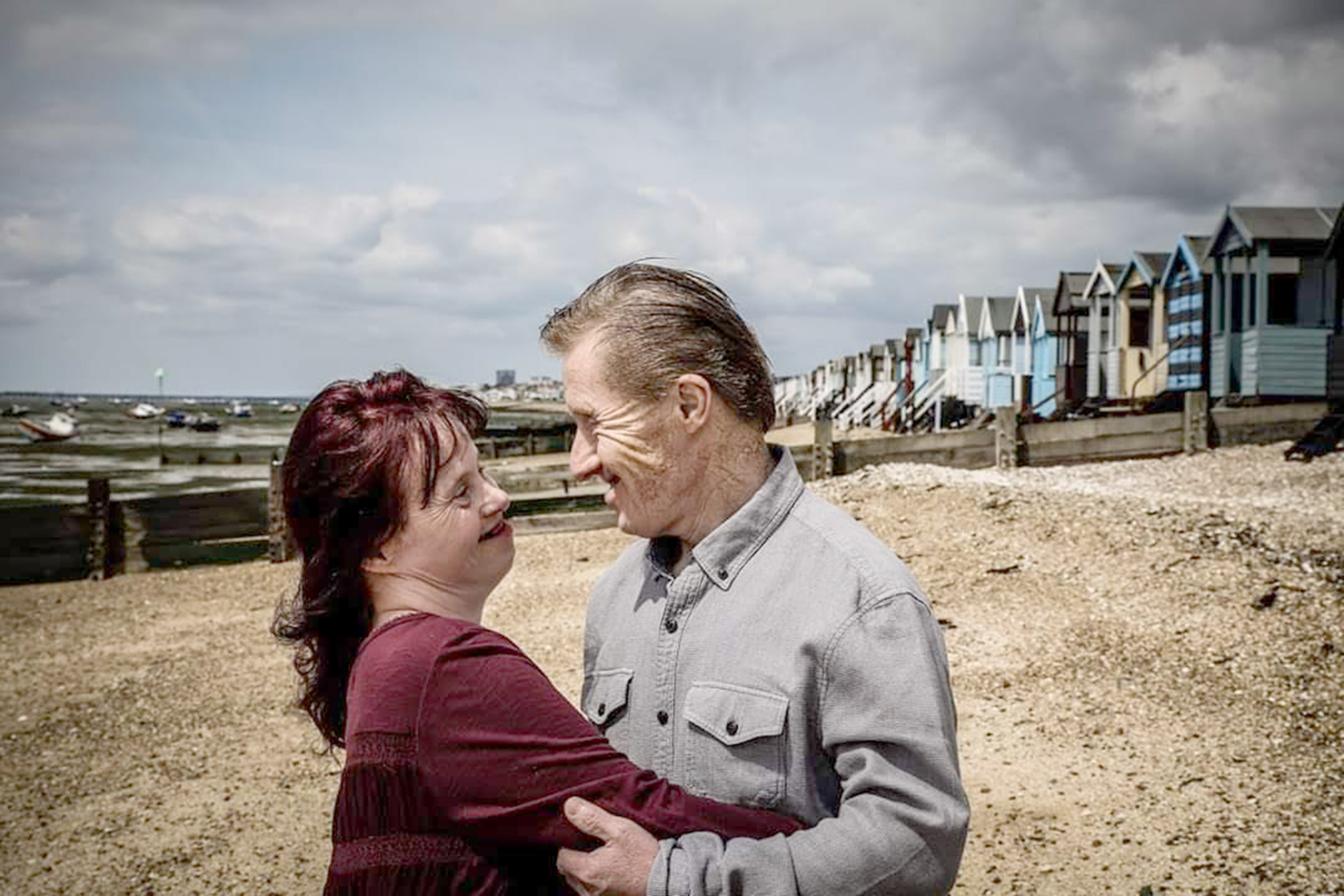 "But Tommy doesn't sleep, and whilst his memory isn't that bad, he does get mood swings and it's clear, his health is declining rapidly.

"But their family is all round them – Tommy lost his family quite young and we took him in 30 years ago now.

"He's part of the family and their relationship – it's absolutely wonderful."

The couple even have their own Facebook page, gathering over 60k likes, detailing their relationship of over 30 years. 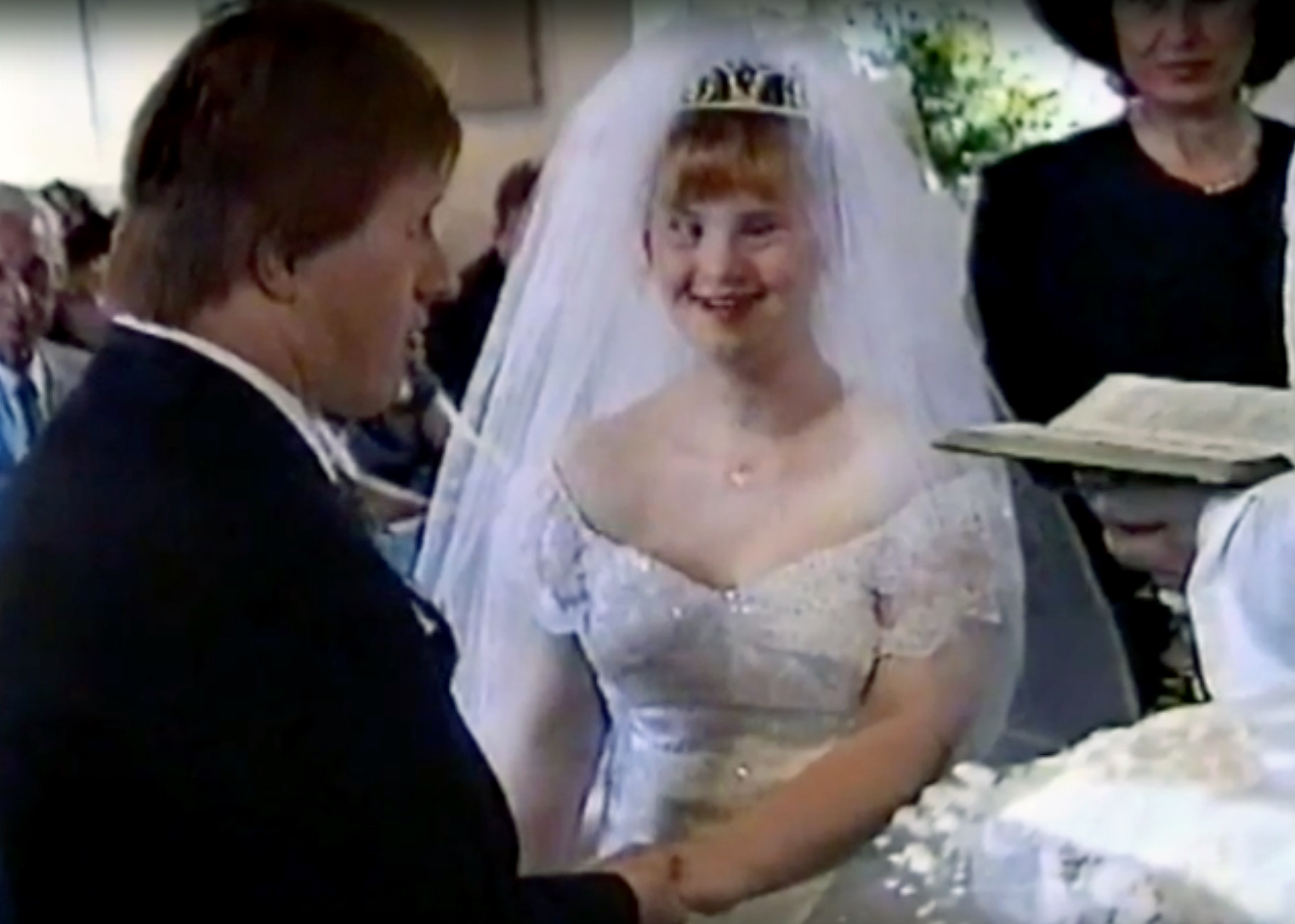 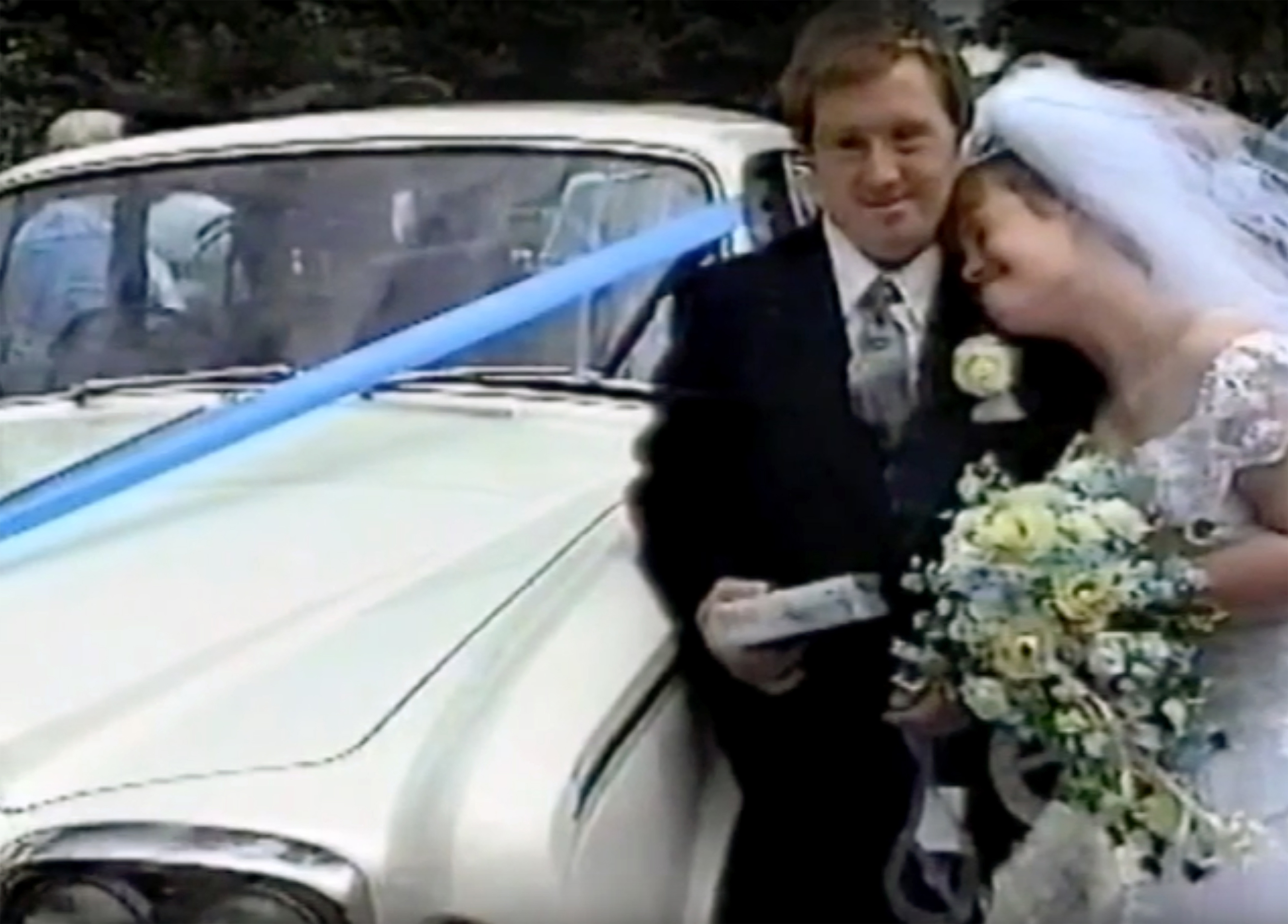 What is Down's Syndrome?

Down’s Syndrome, also known as Down Syndrome or trisomy 21, is a genetic condition that can cause a range of learning challenges.

People born with the condition nearly always have physical and intellectual disabilities.

As adults, their mental abilities tend to be similar to those of an eight or nine-year-old.

Each person with Down's Syndrome will have different degrees of learning disability, including being slower to learn sitting, standing and walking.

Around one in 10 children with Down's Syndrome also have another condition, such as ADHD or being on the autism spectrum.

There is no “cure” for Down's Syndrome, but there is support available, such as access to healthcare specialists and development therapists.

Many people with the condition are able to leave home, have relationships and be largely independent.

They are more likely to have certain health problems however, such as heart disorders, hearing and vision challenges and thyroid issues.

All pregnant women are offered screening tests for Down's Syndrome.

The tests can’t tell you if your baby definitely has it, but it will reveal the likelihood.

Further tests can include a chorionic villus sampling (CVS), which is when a small sample of the placenta is tested at 11-14 weeks of pregnancy.

Other tests include an amniocentesis, where a small sample of amniotic fluid is tested during the 15-20 weeks of pregnancy.

Tommy first proposed after 18 months of dating, with a toy ring from a vending machine, after asking Maryanne's mum.

"The day she met him, she had the biggest smile on her face and she couldn't stop talking about him.

"With their 25th wedding anniversary coming up, we're planning a big party in July. 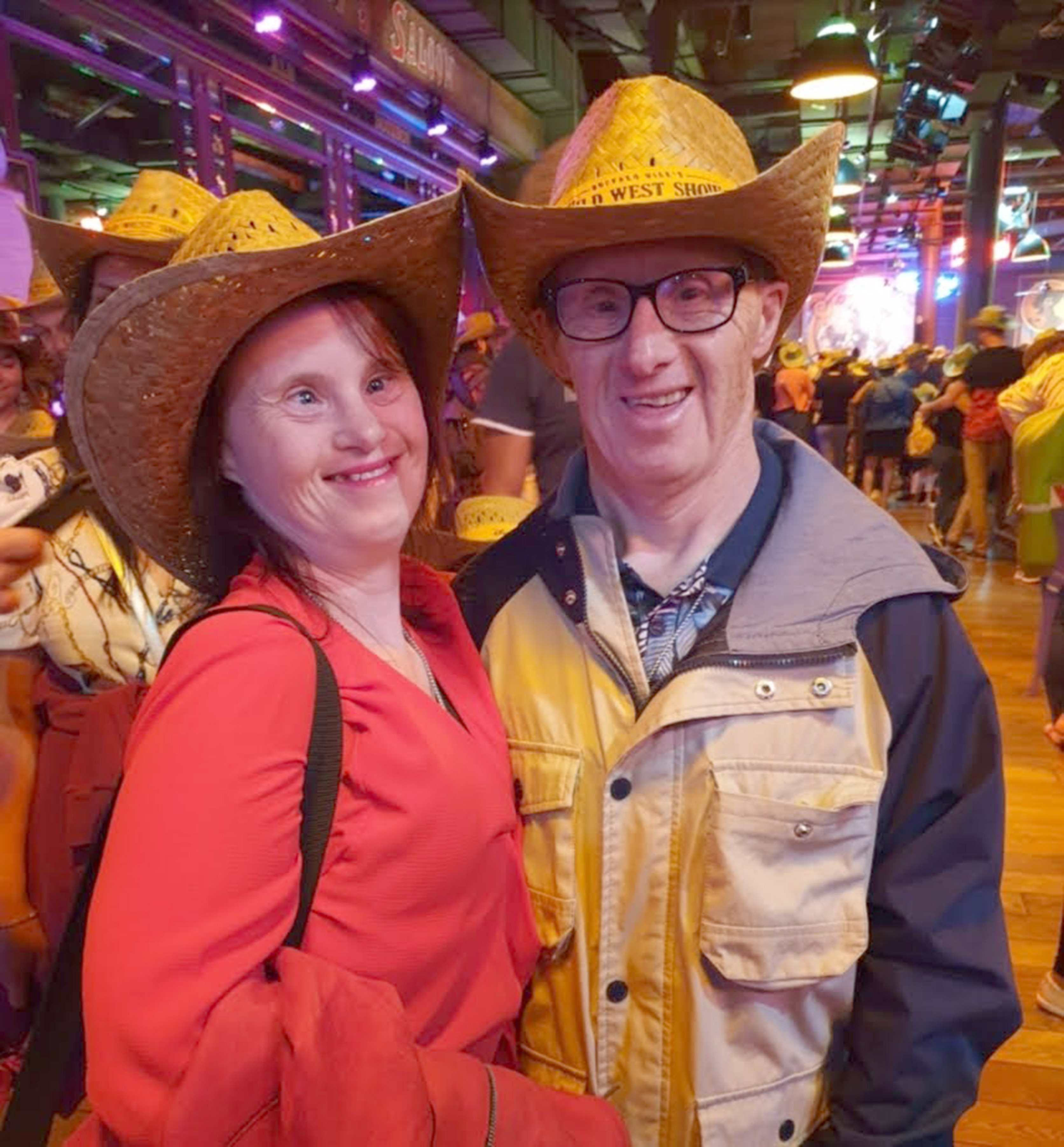 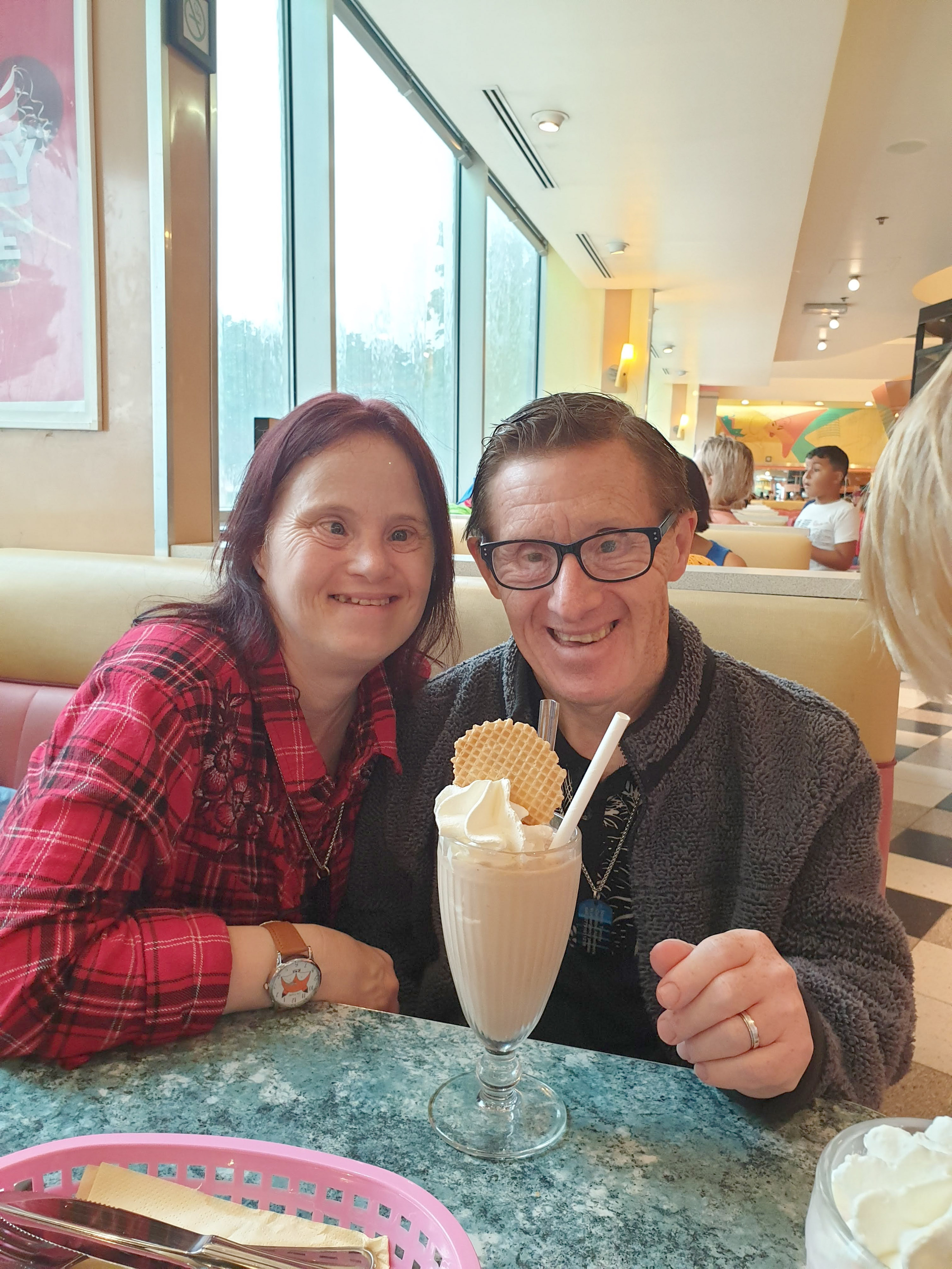 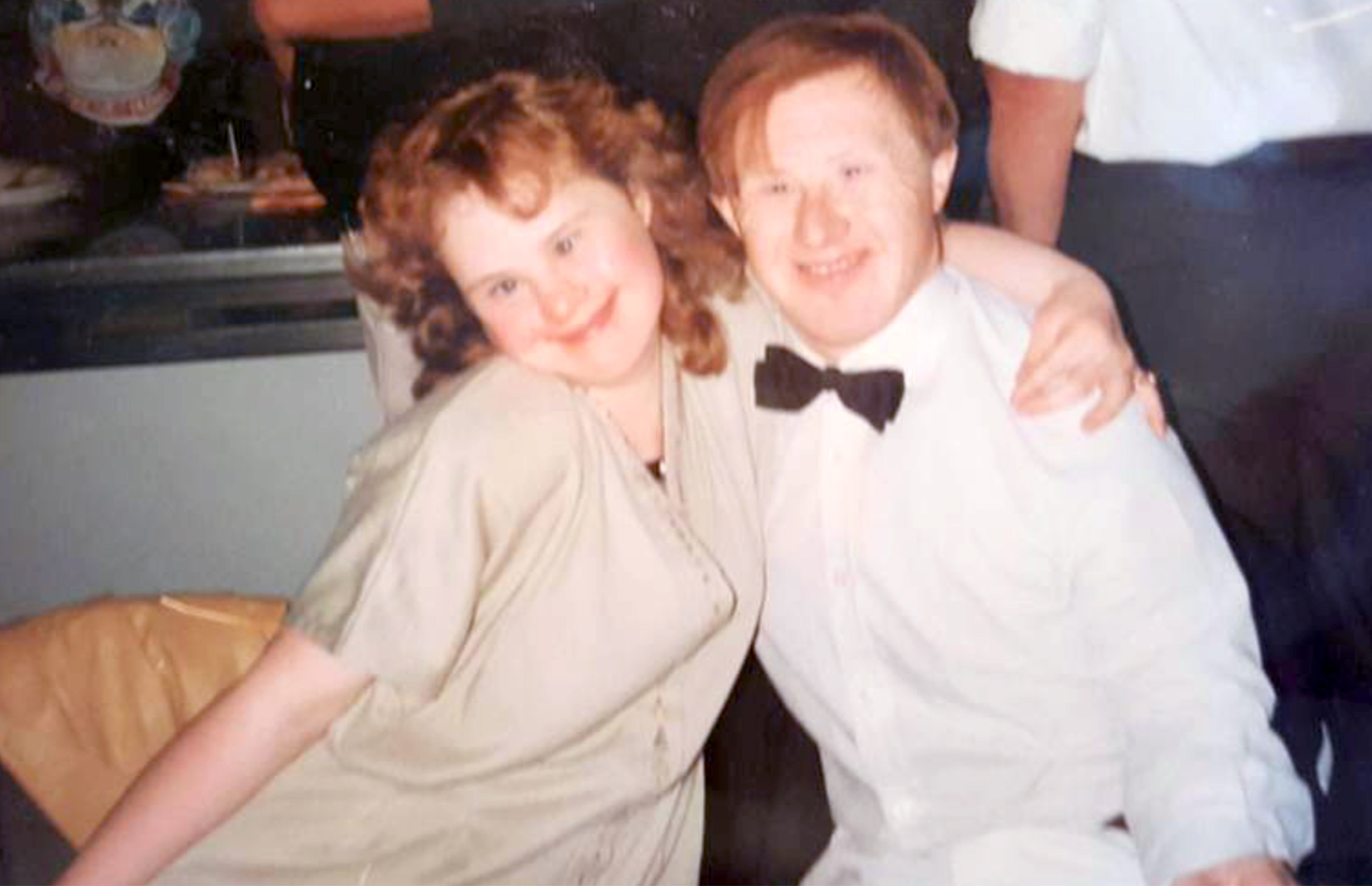 "Whilst Maryanne and Tommy might not have the concept of what an achievement it is, to them it's just their relationship, to us it's just absolutely brilliant."

Maryanne said: "My wedding was the best day of my life. I was shocked when Tommy proposed but I didn't have to think twice about saying yes.

"Tommy and I never argue. I love my husband very much. He is my best friend."

In other real life news, we told you how a mum of an 18st teen says she "didn't realise" he was obese until his hip collapsed.

We also revealed how a kids' book on baby-making has gone viral for its bizarre drawings of sexual positions.

And a model rakes in £10,000 a month selling sexy snaps online and takes 12 holidays a year.