WHEN Lyndsey Altice went into labour, she couldn't wait to meet her first baby daughter.

But she got the shock of her life when just two minutes after giving birth to Ada Maze, her sister Billie June arrived. 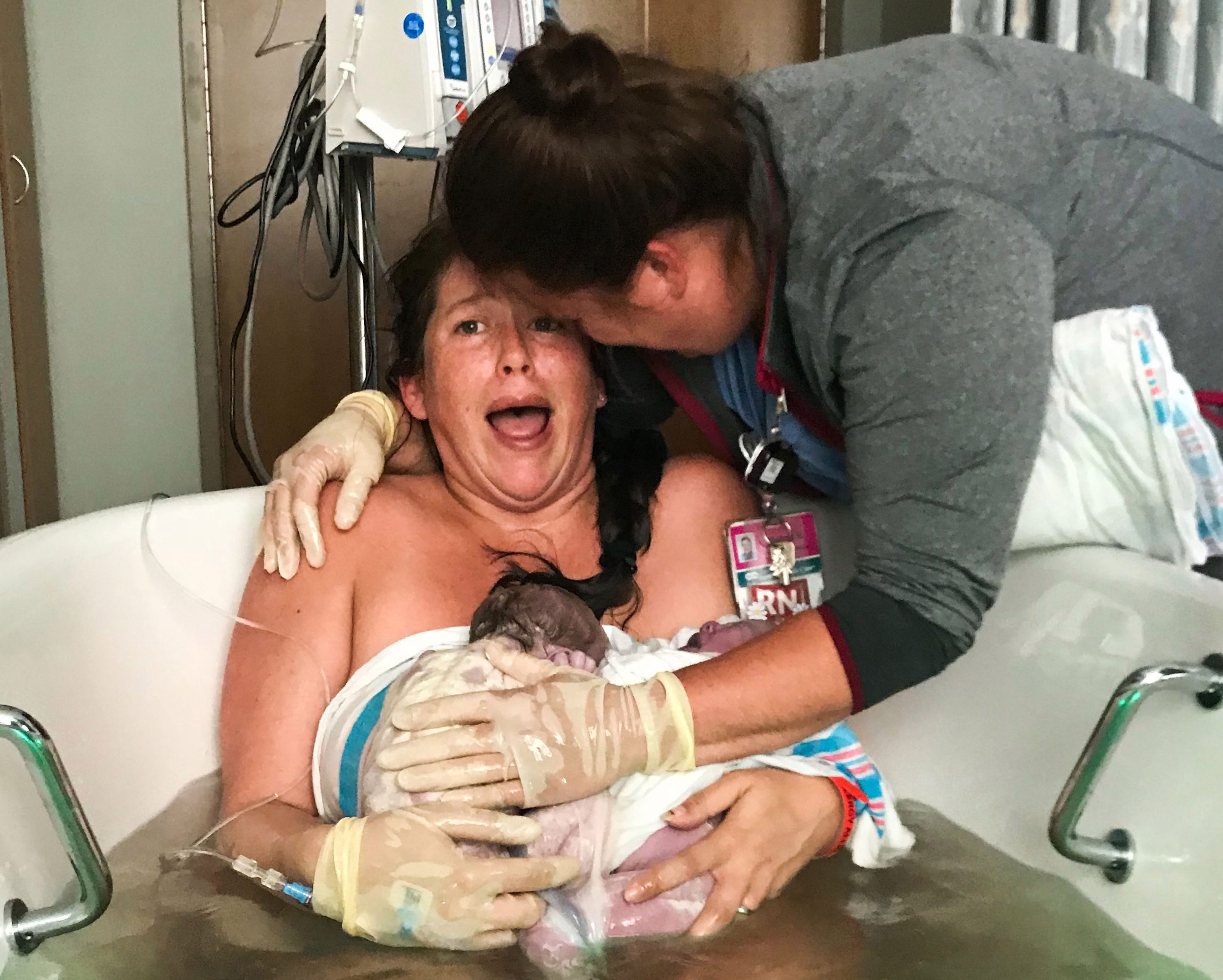 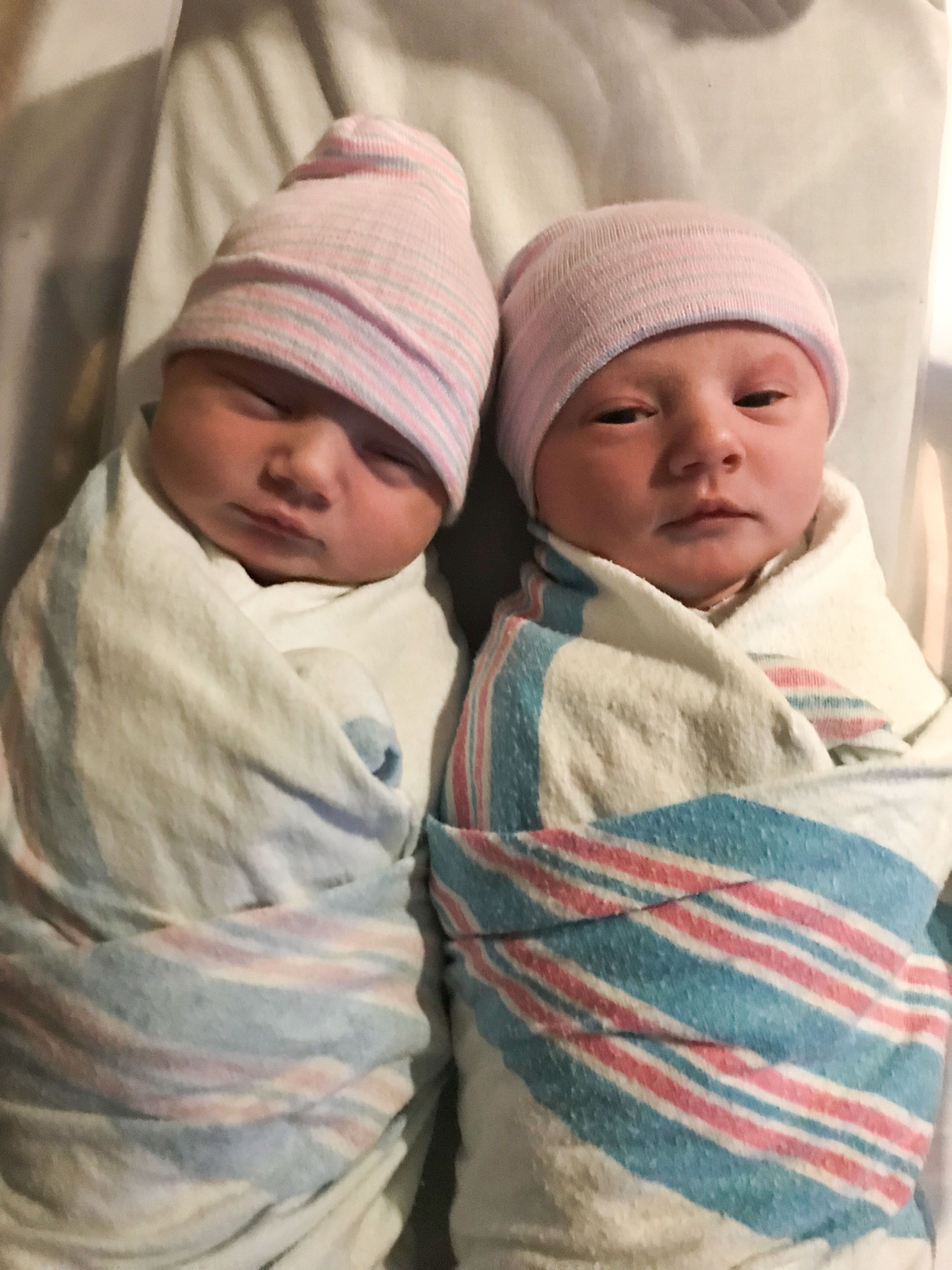 These incredible pictures, taken by her sister, captured the exact moment she is handed her second baby – who hadn't shown up on any ultrasounds.

The 30-year-old, from Wisconsin, can be seen sitting in a birthing pool looking at husband Wesley, 33, in complete shock.

The mum-of-three said: “I was immediately suspicious when Ada came out so small, I had put on double the weight I did with my last birth so I didn't understand how she could be so tiny.

"When I had my son Django a few years previous, he was 9lbs and I put on less weight with him so it was really odd."

She added: “There are no words to describe what I was thinking when I realised I was about to have another baby right there and then.

“The next contraction was almost instant – I knew before the nurses started saying what they thought it was, I could feel the baby coming but could not communicate it through the contraction.

“The nurse thought it was the water sac, which she hadn’t seen happen before, so we were all a bit confused.

“Then I felt it happening but I couldn’t get the words out.

"I knew a second baby was coming and then two minutes later there she was."

She said the whole room went crazy and was buzzing with conversation as everyone was left stunned at the sudden arrival.

"My husband was in shock, my sister was taking pictures and I don’t think any of us had a clue how to feel," she said.

“I was in pure shock too – I had a million thoughts that I couldn’t process because I was completely overwhelmed so I just submitted to the moment, I think my face says it all.

“I must have set a world record for how many times someone can scream 'oh my god' in 10 minutes.

“Now we have settled in we are so happy, I would not change a thing.” 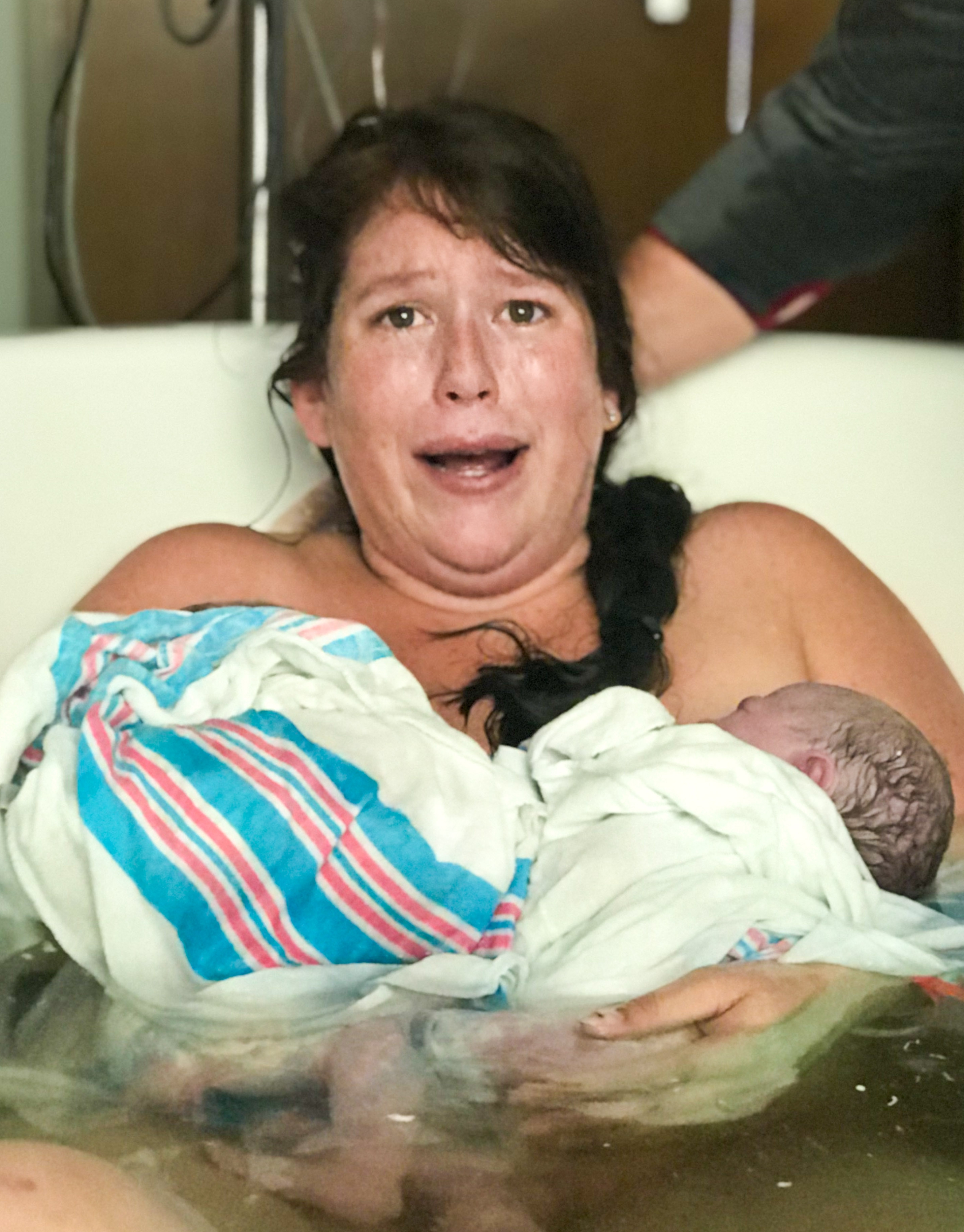 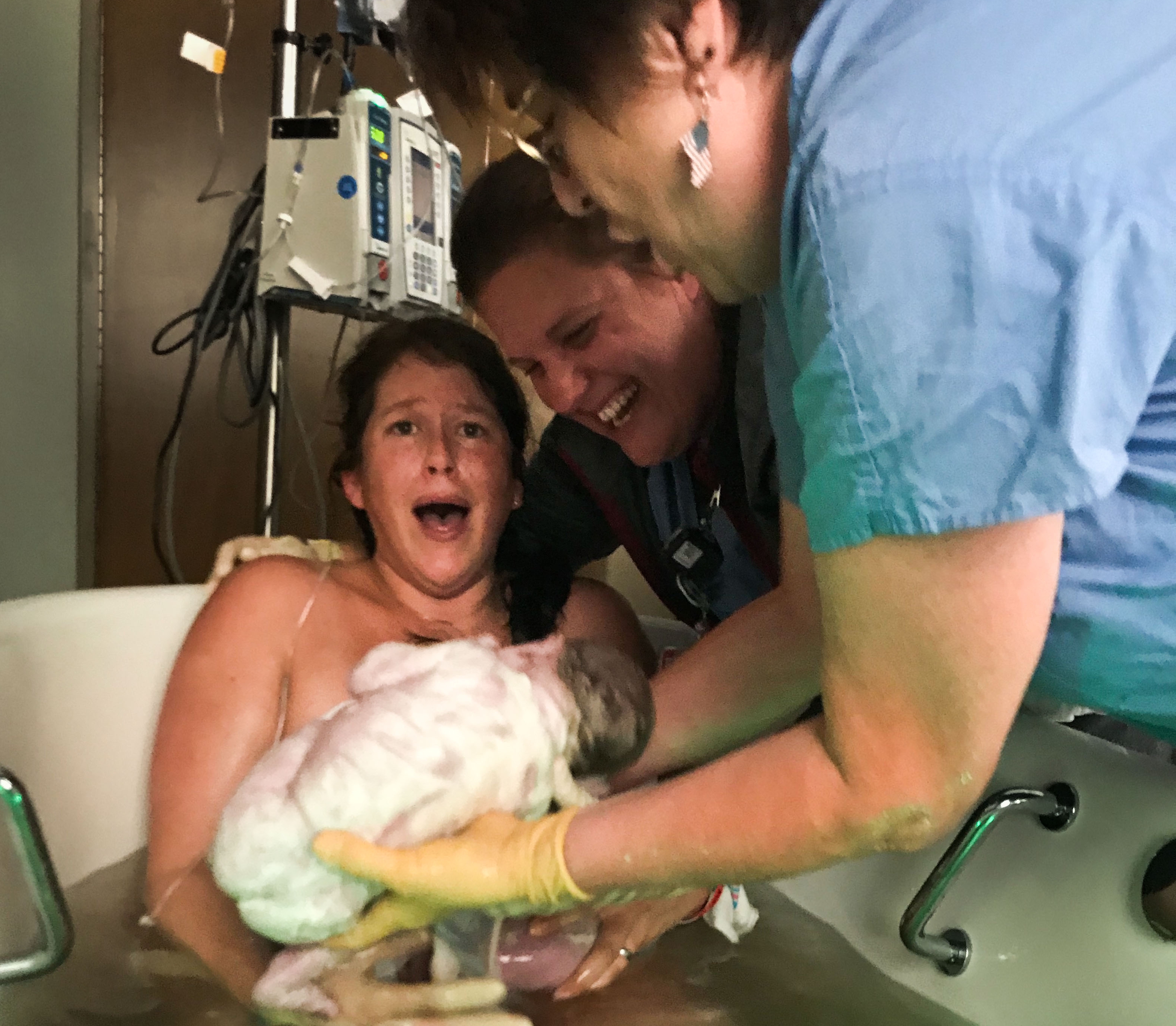 Lyndsey gave birth to her twins last July and her pregnancy showed no signs that she had a second baby growing inside her at any point.

She said: “I found a midwife when we knew I was pregnant and through the whole pregnancy everything was just like when I had my son.

"I measured my fundal height which always matched what it would be for having one baby for each week I measured.

“I wasn’t doing ultrasound because I wasn't a high risk so unless I needed too if I felt something was wrong for example.

“When I did have an ultrasound with a sonographer, who did an extensive ultrasound of all four quadrants and it still didn’t show Billie-June.”

She even got a recording of her ultrasound, and after having her babies she checked back and still couldn't see a second baby when she knew both babies were there.

Lyndsey said: “I think because they were just checking fluid levels and not checking for a second baby, all they saw was that Ada had moved a little.

“I’m sure if they were looking for two babies, they would have found two.

“I even got a recording of the ultrasound and you just can’t see a second baby at all, so even when I look, and know she’s there, I can’t see her. 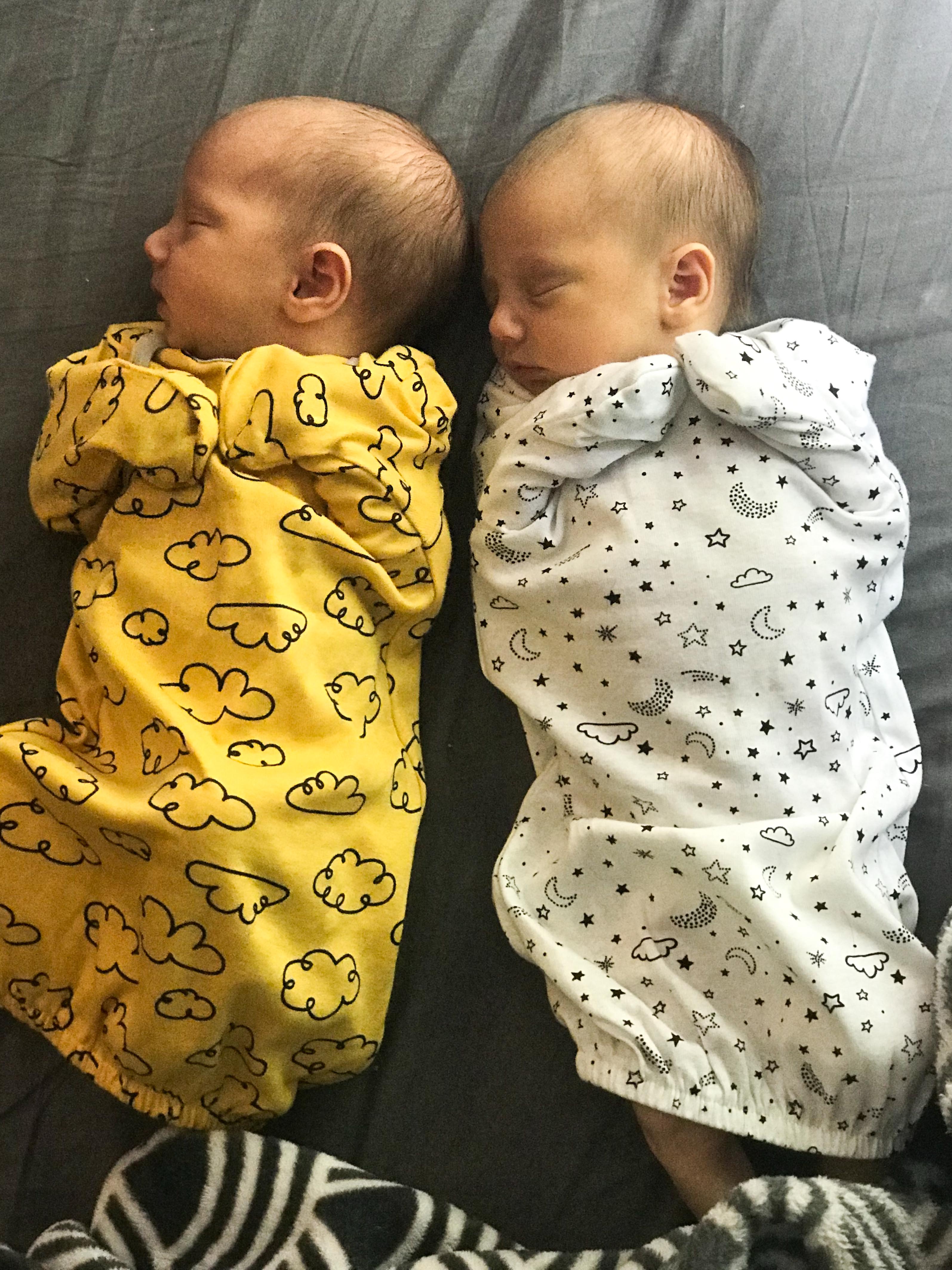 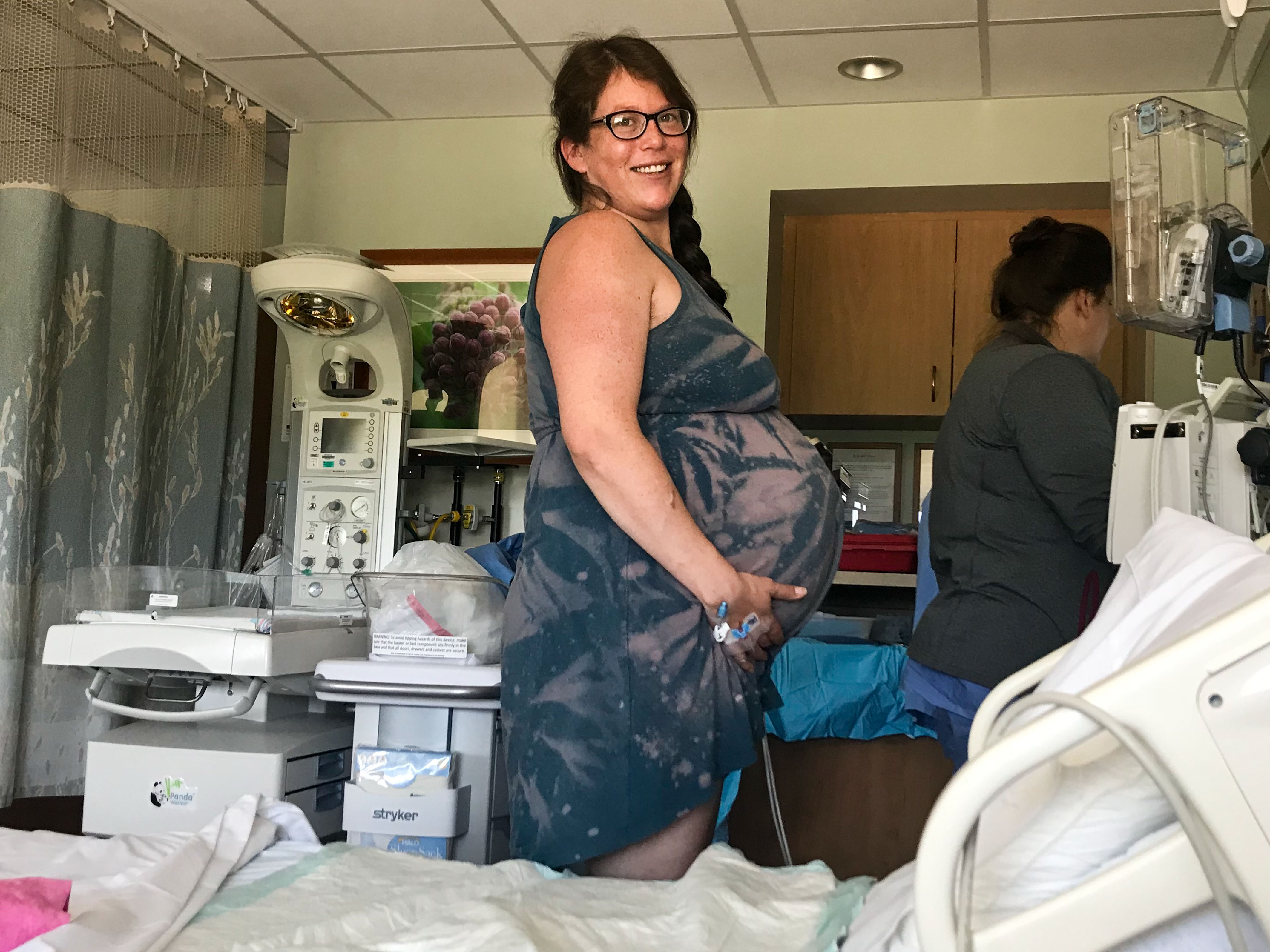 “When I went into labour they hooked me up to the baby monitor and there was only a reading of one heartbeat.”

Now, with the twins coming up to their first birthday, Lyndsey feels ready to share what happened and explains it was one of the biggest, and best surprises she has ever had.

She said: “When it first happened we were just having a total 'oh crap' moment, but now that we have settled and we know how to look after twins we just love it.

“It’s a total blessing in disguise, and the kids themselves are great, my son Django adores them and they all get on so well. 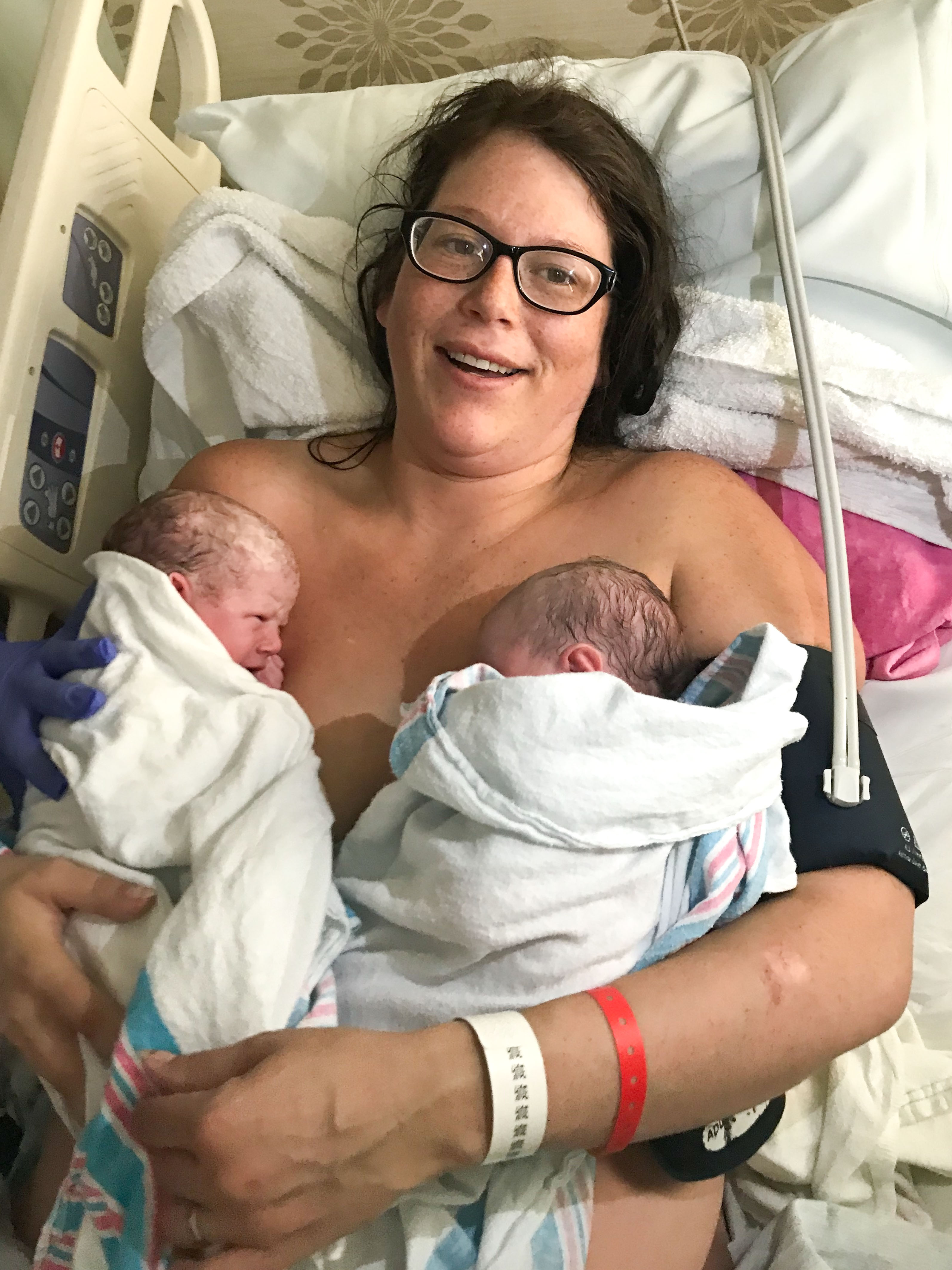 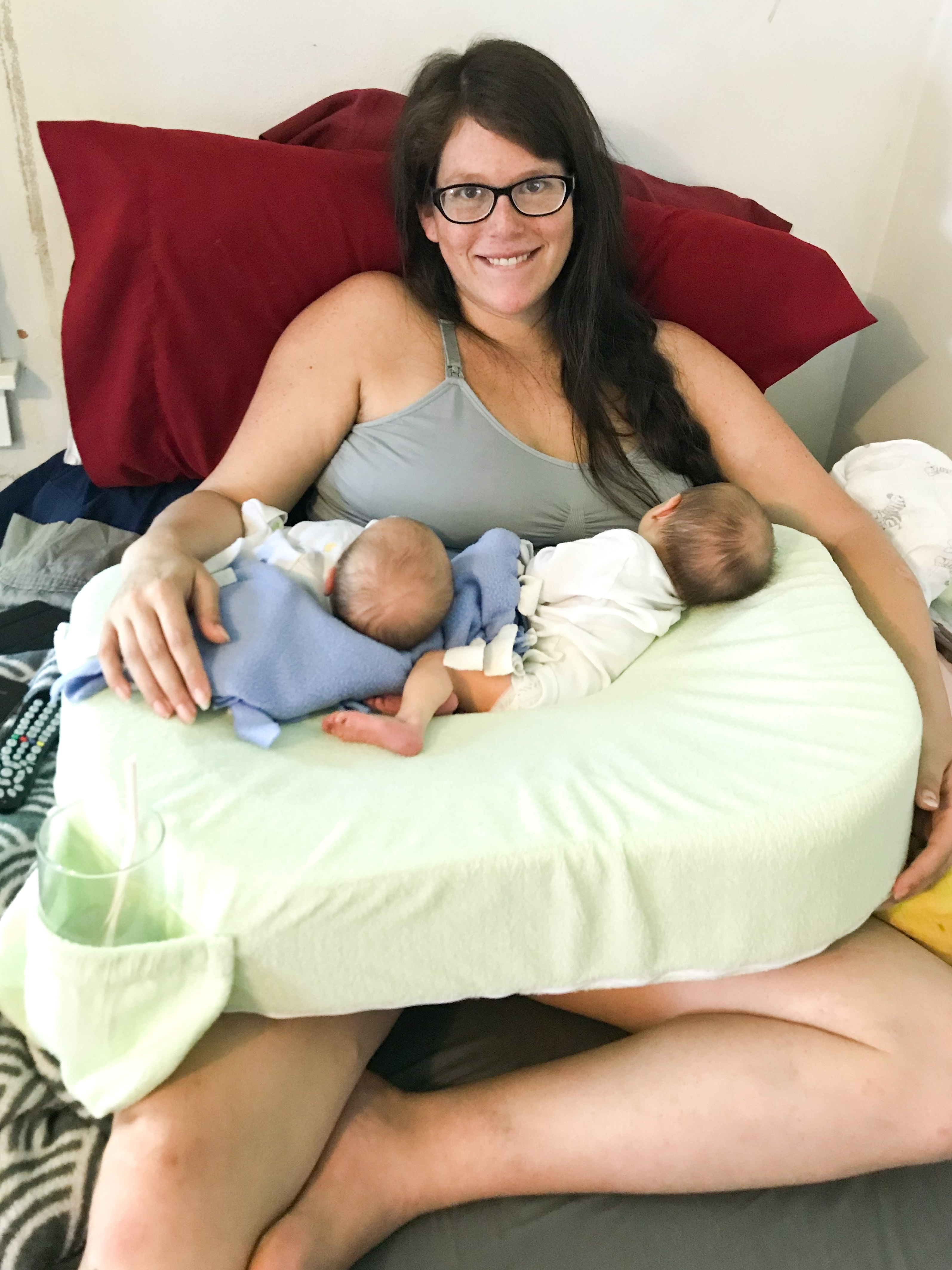 “I love looking back at the photographs because I think they show exactly how I was feeling, there’s no hiding how I felt.

“I was a little worried about sharing the pictures because it’s such an intimate moment, but I’m thrilled we have them, I look at them all the time.

“I’ll show them to the kids when they’re older, but maybe not all of the pictures.” 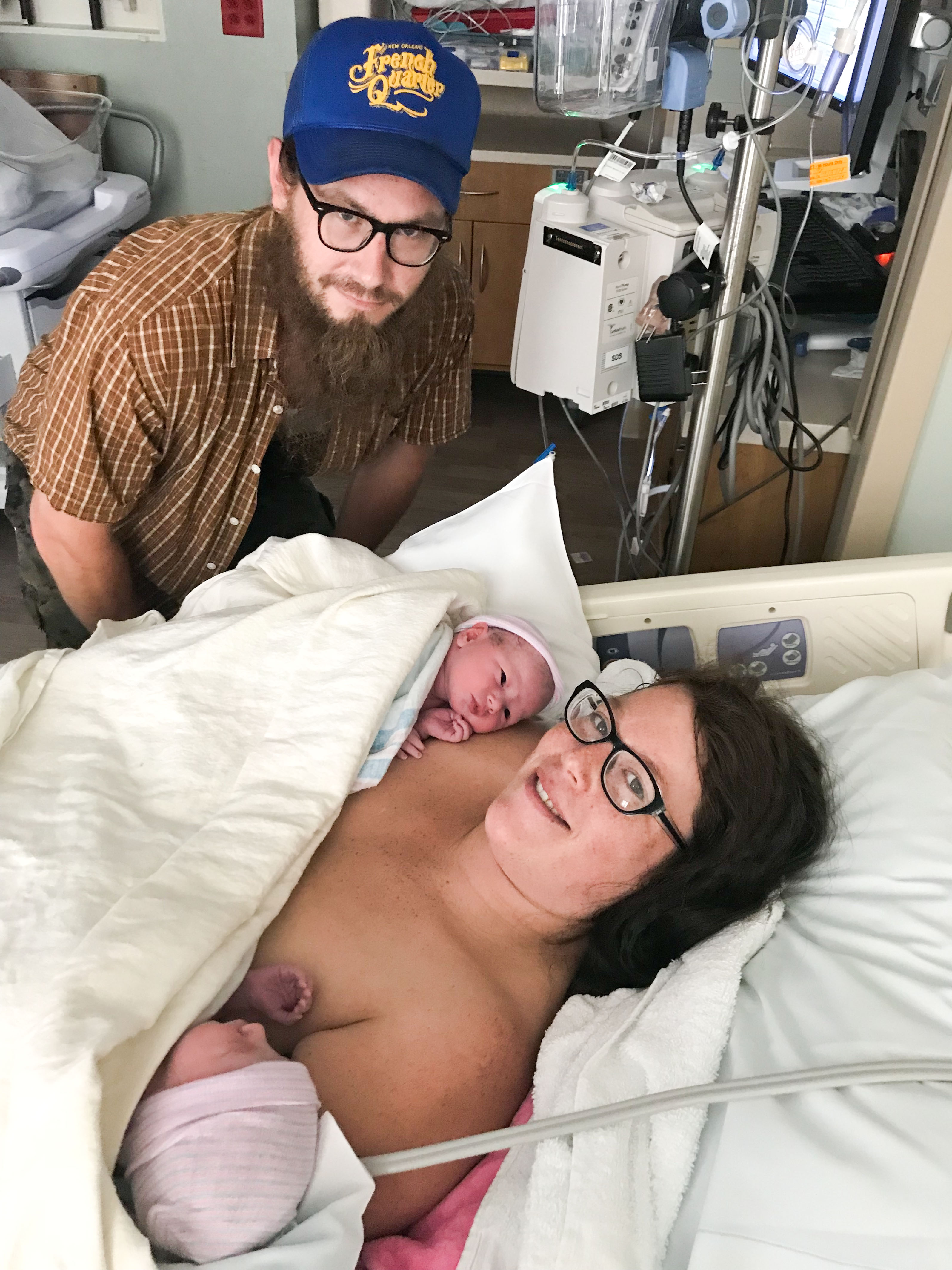 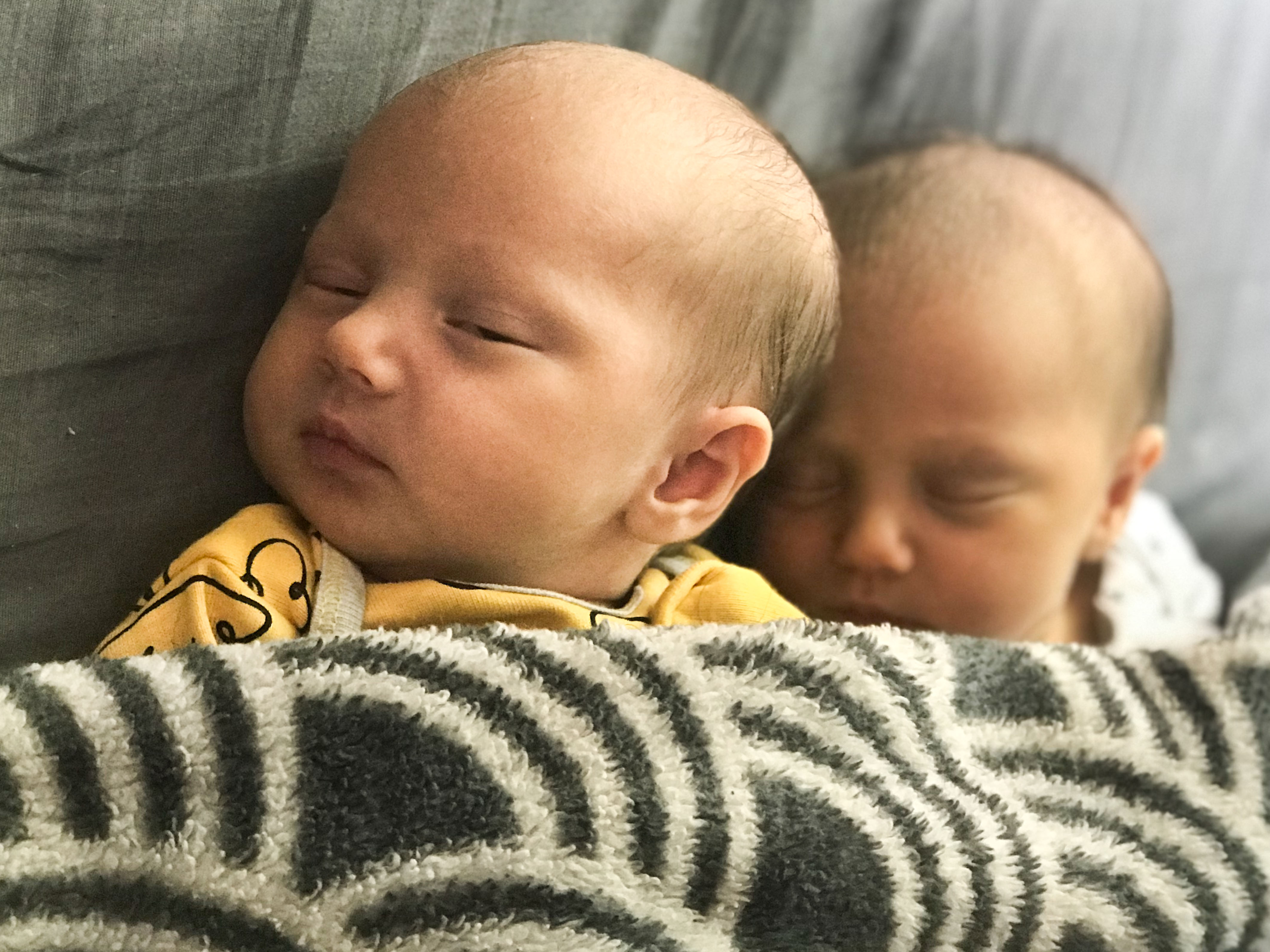